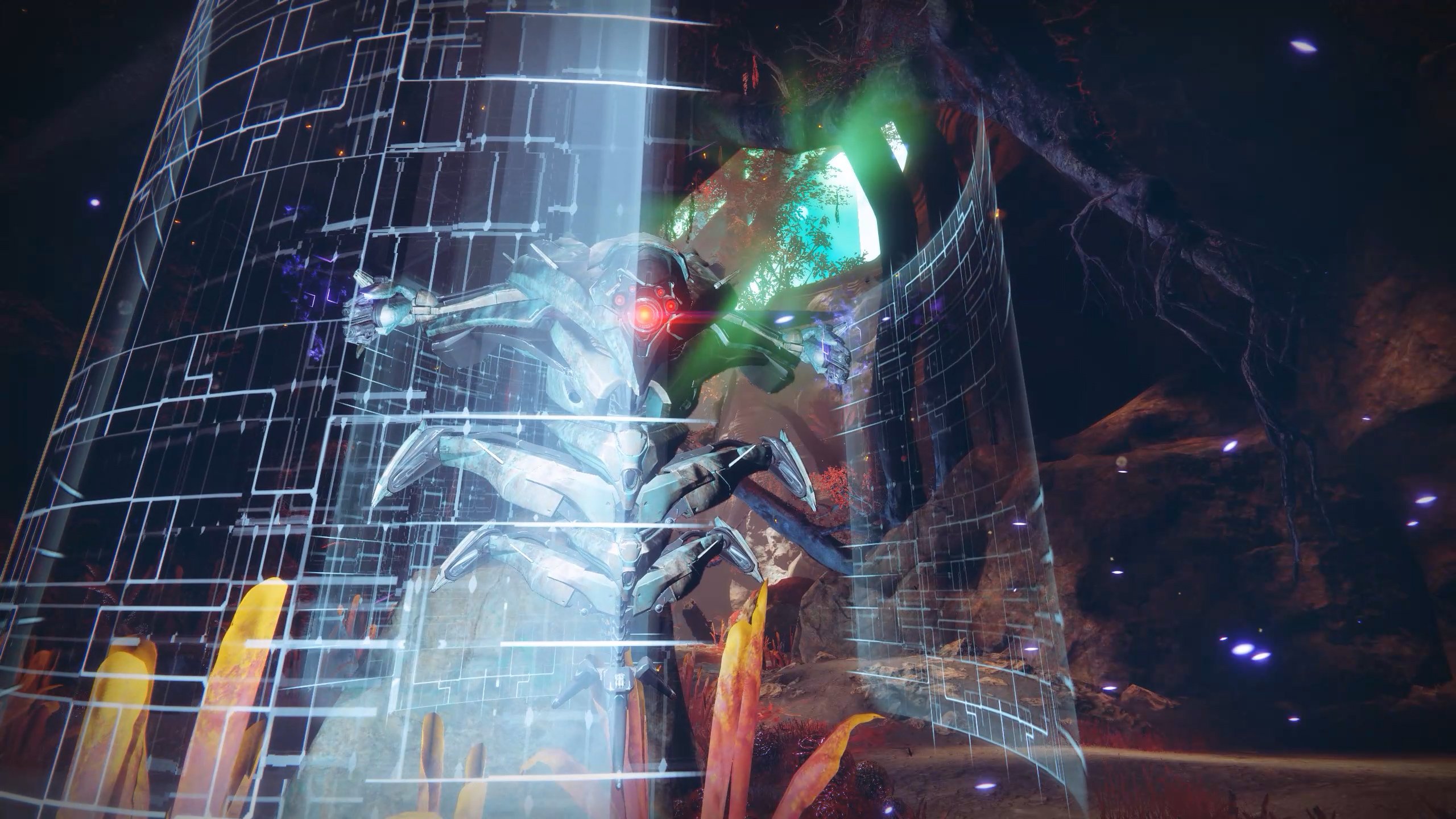 Each week in Destiny 2 the Spider, the NPC representative for the Tangled Shore, hands out Wanted bounties for escaped Prison of Elders inmates. Some of these escapees will give you legendary gear, and some can even provide you with powerful gear. Each week, we comb through the bounties and help you defeat the ones that Spider seeks. Today, we’re going to help you track down Pakrion in the Ancient’s Haunt lost sector on Nessus, so you can complete the Wanted bounty and get some loot.

Pakrion is on Nessus, hiding out in a lost sector called Ancient’s Haunt. Spawn in at Artifact’s Edge and head over to the Tangle with your sparrow. There is only one lost sector in the Tangle, and that is the one you’re looking for. If you’re looking on the map and not having a lot of luck, look to the left of the T where “The Tangle” is written.

Once inside the Ancient’s Haunt lost sector there will be a lot of vex, and the Wanted escapee you seek, Pakrion, is a Hydra that will be found out in the open. The only things that complicates this fight are the foe's rotating shields and the enemies that surround him. Be patient and wreck the supporting cast, then pick away at Pakrion from a distance. A scout rifle or sniper rifle could work. Personally, I prefer the Whisper of the Worm.

When Pakrion is slayed the Wanted: Pakrion bounty will be complete. It can be turned in from your inventory, but the lost sector still needs to be looted. Dispatch any remaining foes and keep moving along the cave. Eventually, you’ll bump into the chest and be able to grab what is probably useless gear at this point.

For more help with Wanted bounties now that Pakrion has been killed in the Ancient’s Haunt lost sector, head to the Destiny 2 strategy guide and get to work.