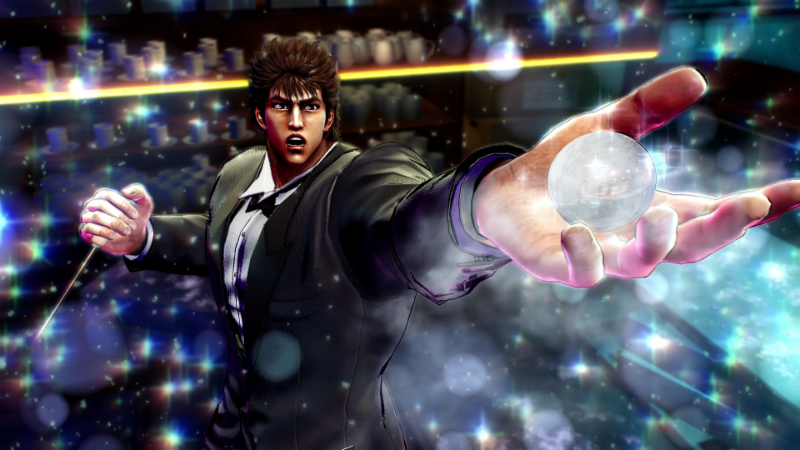 Sega's upcoming Fist of the North Star: Lost Paradise blessed us with a new trailer today, which focuses on the decadently gory combat you'll get to bust out in the game. The post-apocalyptic city of Eden is positively ripe with bad guys to take out, and as you take on the role of the badass Kenshiro, you've got plenty of opportunities to pulverize them.

With the new trailer comes an important announcement as well: the game is currently up for digital pre-order via the PlayStation Store. If you snap it up early, you'll get the "Destiny Talisman Pack" as well as a PlayStation 4 theme and avatar set for your trouble. The talismans can be used in-game and offer various abilities that will help kit Kenshiro out with useful ways to combat his enemies.

This gritty adventure, which is coming to PlayStation 4 on October 2, features a wide variety of ways to interact with enemies, many of which you'll see in the video as well, including Kenshiro's signature "Omae wo mou shindeiru" cry, which translates to "You are already dead." He pipes up with that iconic one-liner after unleashing a flurry of punches and kicks on his opponents and "ATATATATATATA!!" after that, which doesn't make for a pretty sight.

Seriously, go check it out. It's sick. Is anyone else out there looking forward to playing this rad-looking game as much as I am? Surely we have some Fist of the North Star fans here at Shack, right?