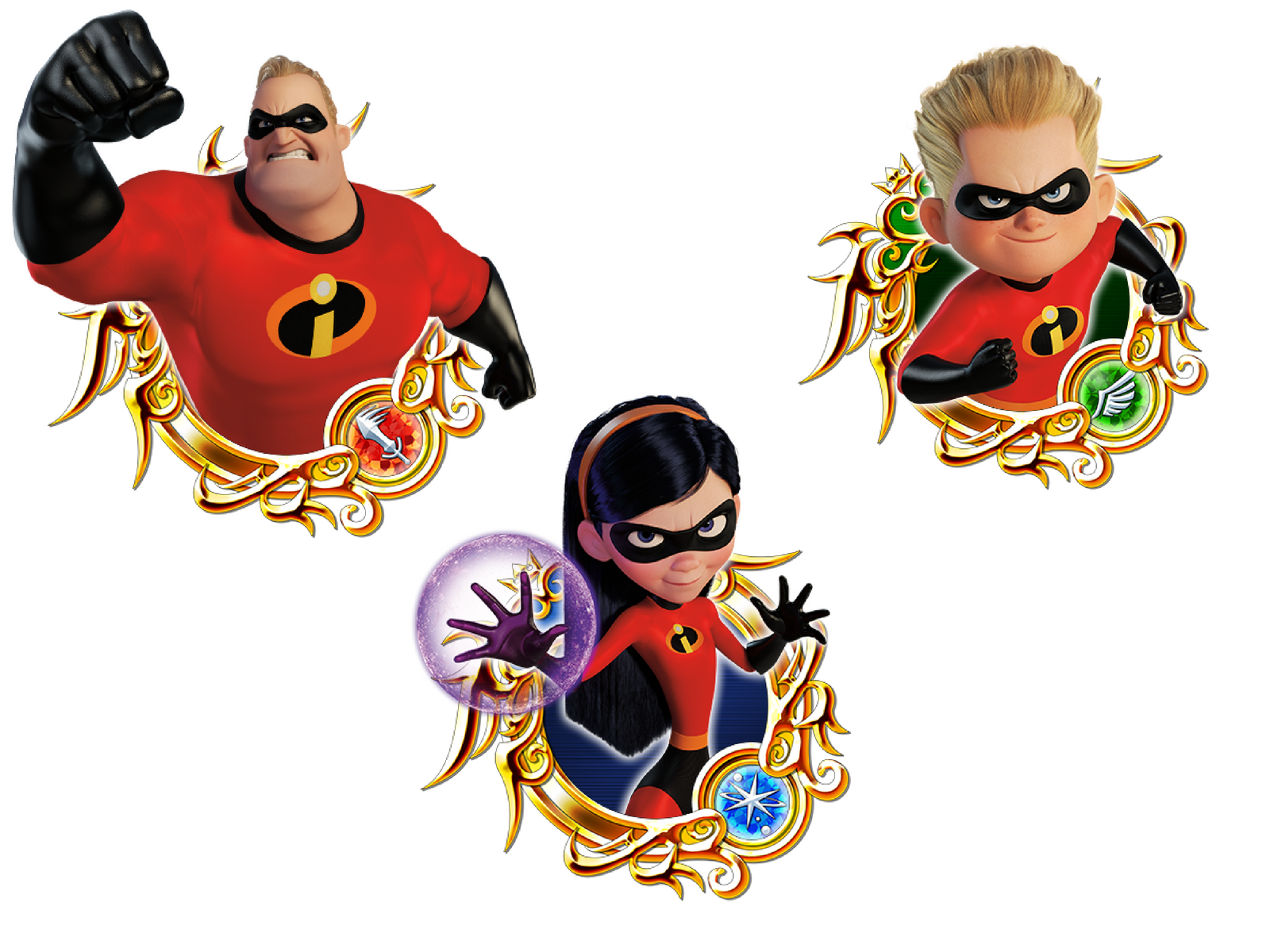 Square Enix is powering up its popular Kingdom Hearts Union χ[Cross] mobile game in a big way. A new collaboration event that finds Disney and Pixar's popular film series The Incredibles, namely The Incredibles 2. Starting today and running through August 19, you can take part in a few super-powered events featuring the Parr family, which looks like a fun addition to the game.

For one, you can collect new Banner Medals, based on Mr. and Mrs. Incredible, Violet, and Dash. There's also an alternate Mr. Incredible that includes him holding Jack-Jack in one arm, so don't worry – the whole family is being represented! Aside from collecting medals, you can take part in the new High Score Challenge, which lets you climb the leaderboards to get said "Bob & Jack-Jack" medals.

Finally, if you're in the mood to spend real cash, you can grab more Incredibles 2 medals by purchasing the Weekly Jewels Extravaganza bundle, which will net you some more goodies. If you choose not to spend money, you can earn up to 3,000 Jewels, or in-game currency, by simply grinding it out.

We are happy to announce the Incredibles 2 Collaboration Event! Earn a special Booster, participate in a High Score Challenge, and grab special Prime Medals in this new deal, with the first draw free! All begin tonight at midnight (PT)! #KHUX pic.twitter.com/fz8nSGoEfN

Looking to take part in the mobile event? Let us know how you fare. Kingdom Hearts properties are always ripe for new Disney crossover opportunities, so this is likely far from the last one we'll see in the near future.