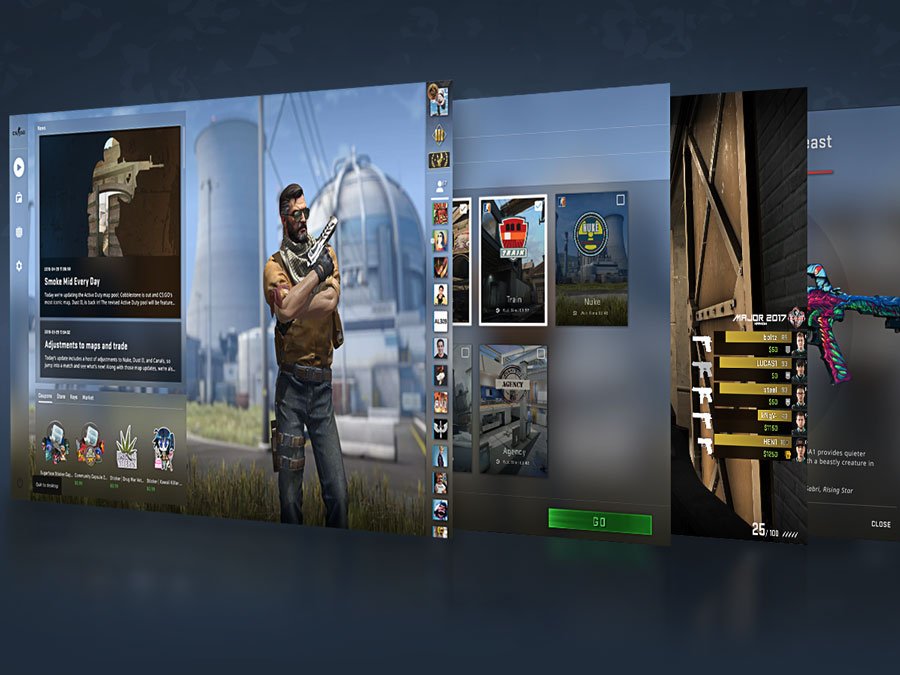 CS:Go's new Panorama UI is now active by default for all players across all operating systems, so you can jump online now to see it in action. Previously, a preview of the new mode was launched back in June that let a select slice of the community see it for themselves as a beta release. The visual overhaul was a doozy for longtime players, and it's been hailed as the most substantial alteration to CS:GO's look and feel since it debuted in 2012.

The menus now look vastly different, with more weapon stats, info about your teammates money, load outs, and other content, as well as ways to check out additional information about who you're competing with as well as your opponents. There's also an improvement in frame rate, for those that matters to.

Today we are moving Panorama out of beta. We’re also introducing the Horizon Case which includes 17 new weapon finishes and 4 brand new knives. These updates (and more) are part of the Release Notes for today, July 33rd: https://t.co/DS1PCOnJnq pic.twitter.com/1S1zxzaxUm

The Horizon Case is also now active, which introduces 17 new community weapon finishes, as well as four new knives. There are two shotguns, six pistols, three SMGs, and six rifles to check out, with some pretty sick looks created by members of the CS:GO community.

Looking for a reason to jump back into the game after being gone for a while? You may well have just found it. Check out the official blog update here.

Klonoa trademarks suggest Bandai Namco could be preparing a remaster