Fortnite remains ever at the front of the gaming community, and part of that appeal boils down to the constant support and steady stream of updates provided by the developers at Epic Games. Among other big changes introduced in the form of various patches and new seasons of the game, players can also look forward to fresh in-game content via the Fortnite item shop, where new items like outfits, skins, emotes, gadgets, and more are released in frequent intervals. With the right amount of V-Bucks, players can deck out their heroes to suit any particular taste, and we've got details concerning all of the latest items to land in the Fornite item shop recently, including the recently-added Oblivion items as well as the new Bring It emote.

The Fortnite item shop receives frequent updates, but that's not to say that every item added is new, necessarily. Instead, Epic Games releases new content at whatever time the team fancies, typically at a time where they can also provide an update notification through the Epic website or through the Fortnite Twitter account. Such is the case this week, as the team have teased the addition of the new Bring It emote that players can purchase in the shop right now for just 200 V-Bucks.

The new Bring It emote is available now! pic.twitter.com/uyhqANLH8X

Of course, the shop offers much more than just a single new emote. The other featured items in the current Fortnite item shop include the Oblivion skin, which certainly speaks toward a hard-edged hero, as well as the Terminus glider, the likes of which is suitably similar in style to the Oblivion outfit. 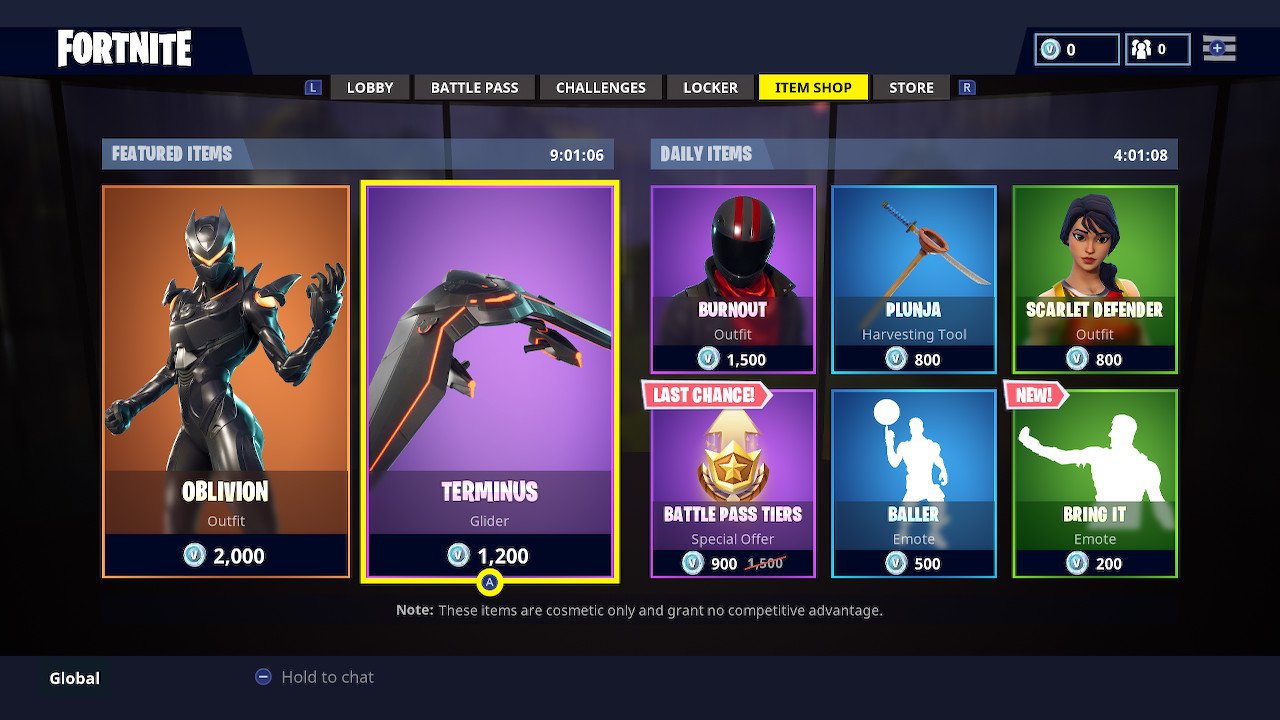 We don't know all of the items that'll be included in the next Fortnite item shop update just yet, but we can anticipate a few new additions, including both the Boogie Down and Storm Salutation emotes as well as the Warpaint character outfit. To stay on top of the latest Fortnite shop additions and featured items, be sure to keep it tuned to the Shacknews Fortnite home page.