During our time here at E3 2018, Ubisoft invited us to their lounge to preview some of their hottest new games. One of which was Assassins Creed Odyssey, the next chapter in the history hopping franchise.

Assassin’s Creed Odyssey is the latest entry in one of the most recognizable franchises in gaming. Set in Greece during the year 431 BCE, Odyssey follows the story of Alexios or Kassandra (players will have a choice who to play as in the beginning of the game) a descendant of King Leonidas of Sparta. This places Odyssey several hundred years before the events of Origins in the Assasins Creed timeline. The story picks up 17 years after a family that left our hero orphaned. Now, living the life of a Spartan mercenary, you receive a contract that will set you on an epic journey, and the fate of Greece will rest on your shoulders. Layla Hassan returns as the games real life protagonist.

As far as gameplay goes, Assassins Creed Odyssey feels and plays very similarly to last years Assassins Creed Origins. The combat system and world traversal from last years title returns, but with some neat twists. For starters, Alexios and Kassandra have some brand new moves in their arsenal. One of my favorites is the Sparta kick; straight up kicking enemies and launching them away 300 style is never going to get old. It’s like the fus-ro-dah of Assassins Creed. There’s also a new tactic to disarm pesky opponents who keep blocking you with their shield. It felt satisfying to snatch a shield from the arms of an Athenian and smash them in the head with it. In my time with the game, I was level 18 and was set about 15-20 hours into the game. Many of the skills and abilities were unlocked for demo purposes, so I don’t know how long it’ll take to unlock these skills in the final product.

In terms of world traversal, Odyssey has a pretty cool trick up its sleeve. The naval system (introduced in Assassins Creed 3, popularized in Black Flag) makes its triumphant return. Players can recruit NPC’s to their crew, customize their ship (hull, weapons, sail, etc). Ubisoft also made sure to emphasize that a large majority of the NPC’s players meet can potentially be recruited to their crew. 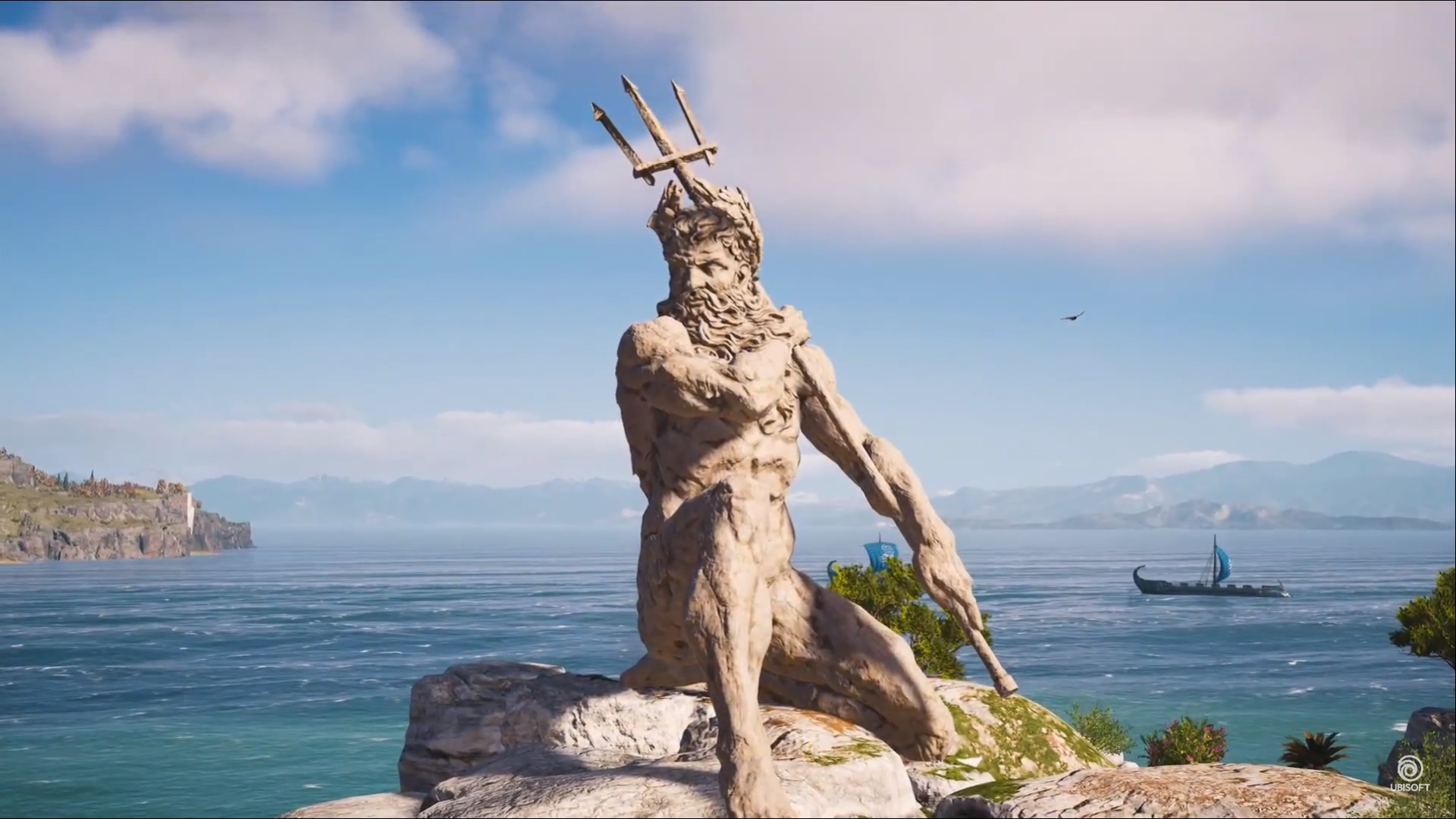 2017’s Assassins Creed Origins took a confident step into the RPG genre, and Odyssey looks to lean even further into those role-playing elements. A key staple of role-playing-games is player choice, and Ubisoft is putting an emphasis on that this year. During my demo, there were several points in conversations that I would have up to three different dialogue options. Some of which would even be marked with symbols (heart and plus sign) that hinted at how my response would impact the conversation, I even had the opportunity to lie when being questioned about my background. I did. I’m not sure if these options will have a significant influence on where the story goes, here’s to hoping it does. Personalization and customization was also a key piece to the puzzle when developing Assassins Creed Odyssey.

Fans will be able to get their hands on Assassins Creed Odyssey when it hits XB1, PS4, and PC on October 5, 2018.