Fallout 76 is a shared world survival game that takes place entirely online. Bethesda said that this world will be filled with dozens of player, not hundreds or thousands.

While on stage, Todd Howard mentioned that the map in Fallout 76 is four times larger than the map featured in Fallout 4. Also, the map will host 6 unique regions for players to explore and plunder. We also noticed during the footage shown that this world is much more colorful than the very dreadful theme of past Fallout titles. In addition, Fallout 76 will have a weather system, which will add a new dynamic to your experience in the wasteland.

This game is set in West Virginia, and takes place before every other game in the franchise. Your character emerges from vault 76 only 20 years after the nukes went off. At its core, Fallout 76 is an open world survival game where you work with others in parties of four to build bases, collect resources, and fend off all of the crazy beasts the wasteland has to offer. 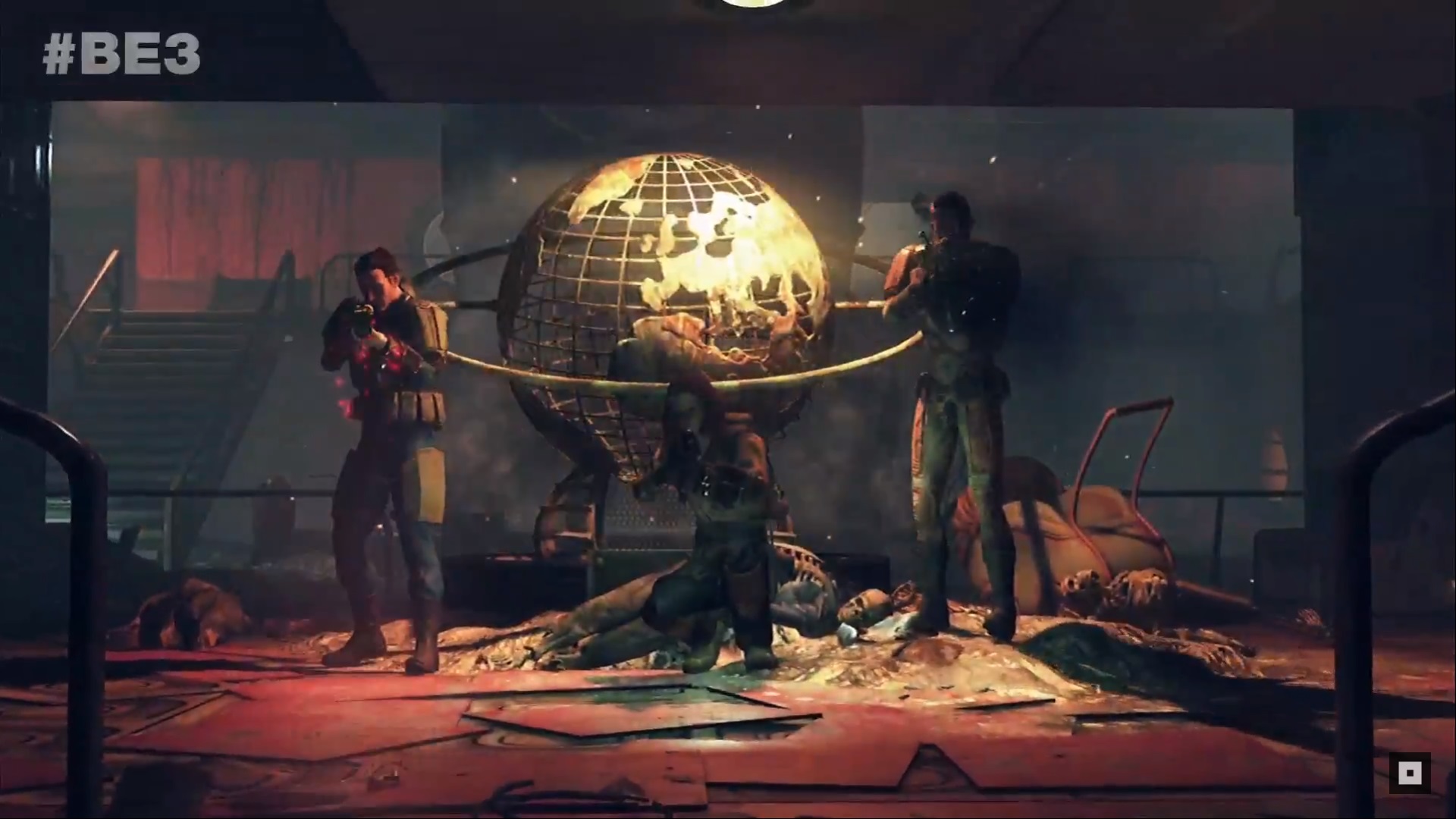 The world of Fallout 76 will include actual nukes that players can use to attack structures, wildlife, and player built areas. You and your allies will need to find the corresponding launch codes to a specific bomb. Once acquired, you can pull up the map and select the area you want to nuke. You can then travel to that area and witness the destruction, along with monsters, resources, and other surprises.

Not much was said about the Break it Early Test Application other than it will be available somtime before the games release this Fall. We speculate that the beta will go live sometime this summer. It won't be too long before fans can get their hands on Fallout 76!

A collectors edition for Fallout 76 was also revealed during the briefing. In the Power Armour Edition, players will recieve a physical map of the game that "glows in the fucking dark." Also, you'll get a wearable power armour helmet that comes with a functional headlamp and voice modifier.

Possibly the best piece of info dropped during the conference was the games release date. Fallout 76 hits shelves November 14, 2018!