How to Level Up the Mesmerize Skill in Vampyr

The citizens of London are rather susceptible to the charms of vampires, though Dr. Jonathan Reid will have to work hard to be able to manipulate some of the more resilient residents. Leveling up the mesmerize skill is critical if Dr. Reid wants to not only embrace more citizens, but also select specific story-based dialogue options.

How to Level Up Mesmerize

The mesmerize skill in Vampyr is a passive ability that dictates Dr. Jonathan Reid’s ability to manipulate mortals through his vampire wiles. So long as Dr. Reid’s stat is equal to or higher than the person he’s talking to, he will be able to select specific dialogue options or suck their blood – an important part in earning more experience. 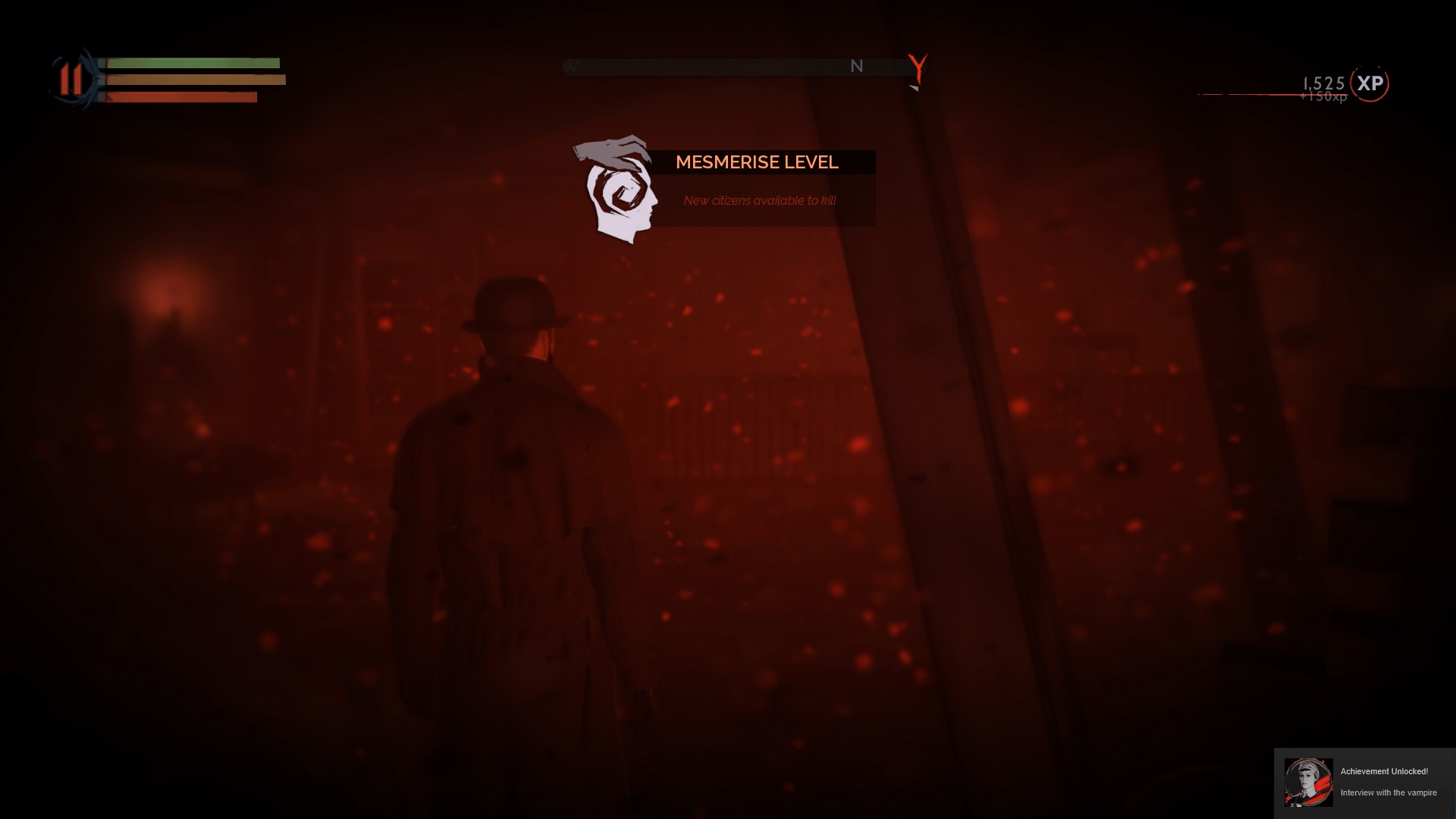 Increasing the mesmerize skill isn’t as simple as leveling up the other abilities in Vampyr, as it is tied directly to quests. This means that to level it up, players will simply have to play through the main quest. For instance, after reaching Whitechapel and talking with Nurse Dorothy Crane, Dr. Reid’s mesmerize level will increase to 2.

This has a major effect on how players will approach leveling in Vampyr. Whenever a citizen is embraced and killed, the world will shift and change for the worse, making it a good idea to keep characters alive until Dr. Reid’s mesmerize level allows him to suck the blood of multiple characters. Slowly killing characters off will create a situation where some areas will be no longer useful (merchants will stop stocking important goods).

A good plan of attack is to get Dr. Reid’s mesmerize skill to a higher level (such as level 4) and then return to an area where all the characters are healthy, all their hints have been found, and all the local investigations have been completed. This will essentially be an open buffet, as all the tasks have been completed.

While the mesmerize skill can’t be leveled up by spending experience points, it is guaranteed to increase as players make their way through the main story in Vampyr.