The Detroit: Become Human chapter Capitol Park is among the most dramatic chapters featured in the game. Here players will ultimately have to decide whether they want Markus and his crew to follow an aggressive path or instead send a more peaceful message. Earning a 100 percent completion is relatively straightforward, but players will still have to make multiple runs through the chapter in order to earn all available endings. 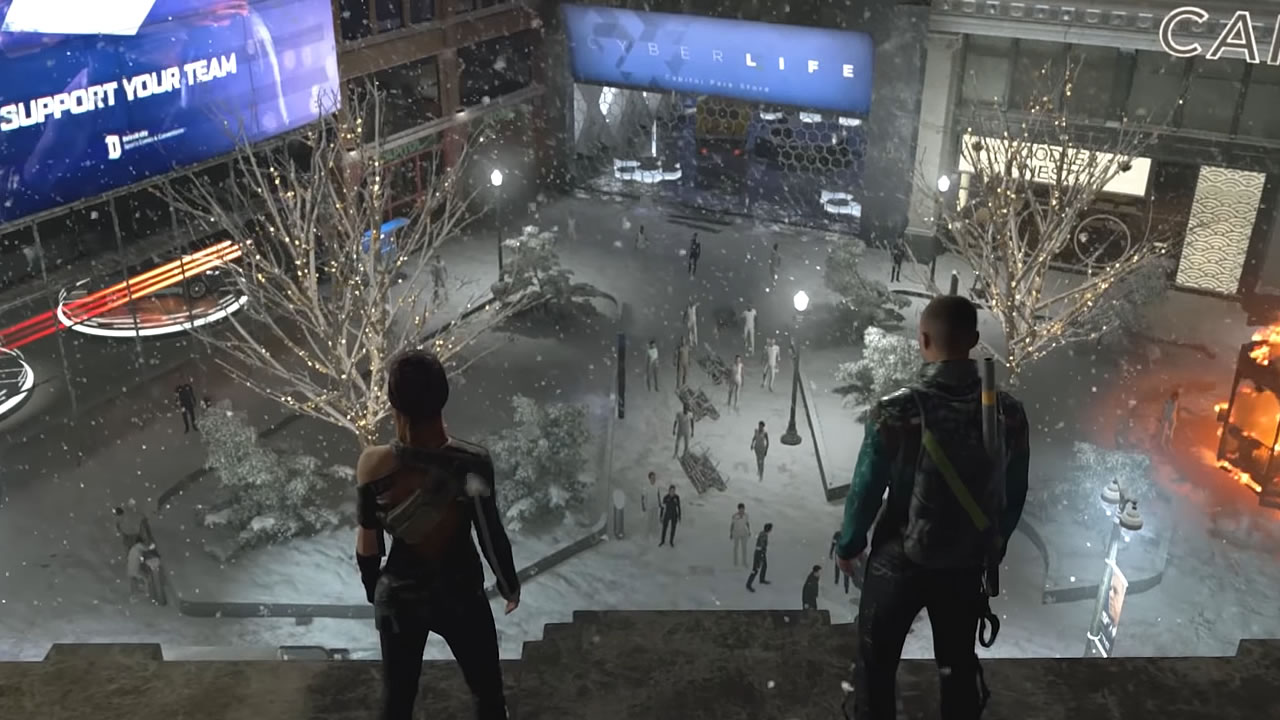 The bulk of the different choices available within Capitol Park involve the player deciding what sort of message they want to send the world. There are a lot of different decisions to be made in this regard, with given choices ultimately culminating in either an aggressive or pacifist stance.

Retreat
After reaching the store, if players spend too much time dallying around, they'll run out of time and Markus and North will be forced to retreat.

Decided to Flee
In the Secure the Place subsection of this chapter, if the player gets spotted by the drone or jumps onto and subsequently falls from the drone, the police will arrive and both Markus and North will have no choice but to flee.

Had to Flee
If the player decides to ram the store with the truck then winds up drawing the attention of the police, Markus and North will be forced to flee the scene.

Markus Failed to Deliver His Message
Throughout all the different options presented in the Spread Your Message subsection, if Markus fails to send a proper message, this ending will be unlocked, and Markus and North will return to Jericho.

Markus Lead a Violent Riot
This ending will be unlocked if the player chooses to send an aggressive message, resulting in a violent riot in the streets.

Markus Lead a Peaceful Protest
If the player instead chooses to send a pacifist message, no riot will ensue, and no one will die.

With the complex events of Capitol Park now finished, the next step in our coverage concerns itself with the chapter titled Meet Kamski. At this point players are getting close to the game's big finale, so be sure to check out our Detroit: Become Human 100 percent walkthrough and guide to learn more about the different decisions and endings and featured in the game, plus brush up on all of the different actions needed to earn a 100 percent completion rating in each chapter.