The Detroit: Become Human chapter titled The Pirate's Cove sees Kara and Alice seeking out some well-deserved peace after their car suffers a breakdown on the road. There are a couple of surprises and smaller details to pick up on along the way, but earning a 100 percent completion rating on the chapter should be simple for players who manage keep their eyes peeled. 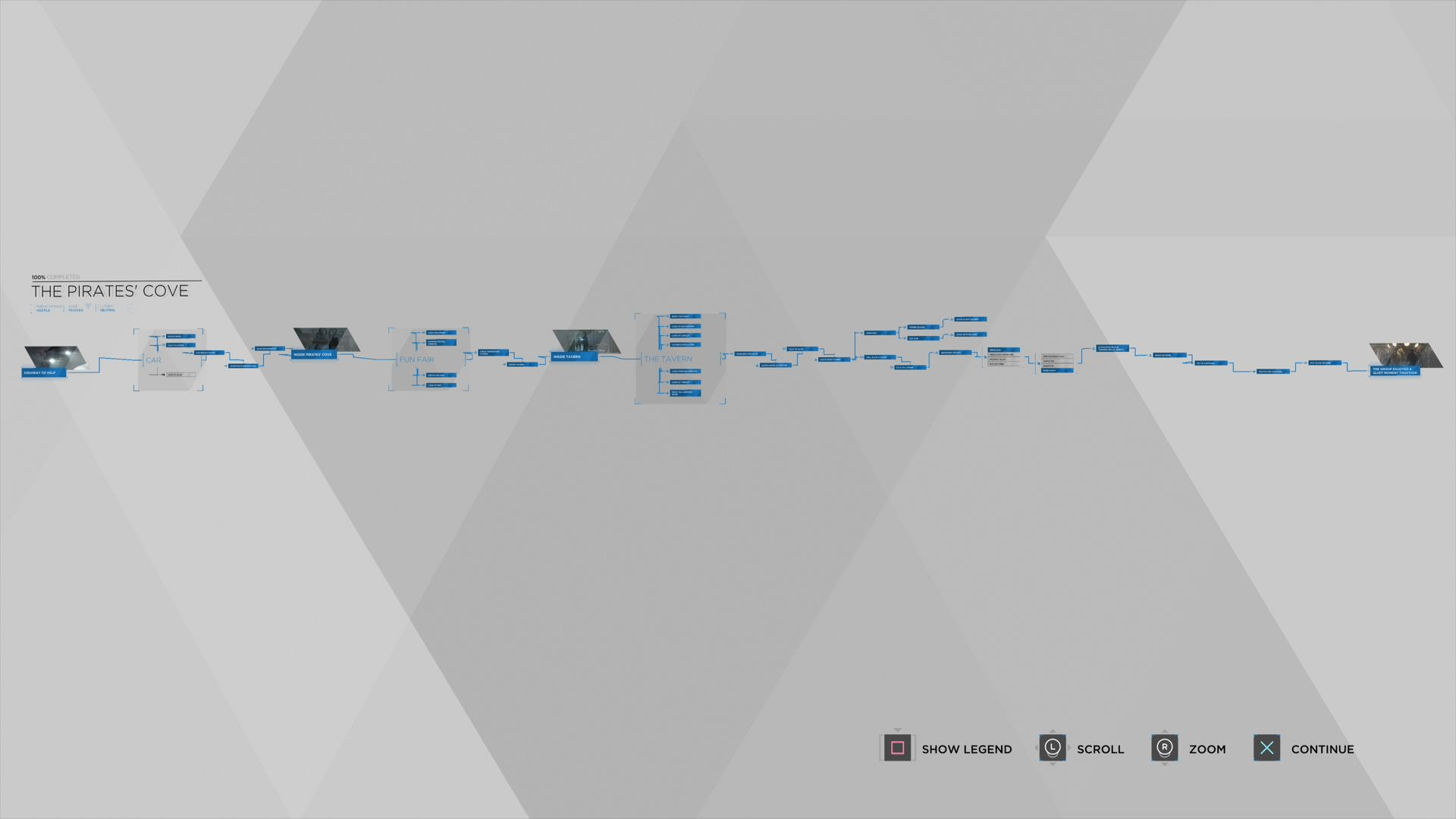 The 100 percent complete flowchart for The Pirate's Cove.

There's only one ending in The Pirate Cove, and though there is a decision branch around the time when Alice goes to bed, players will still be funneled toward the same ending. Earning a 100 percent completion rating in this chapter mainly involves looking at all the available sights at the fun fair and within the tavern.

The Pirate's Cove: All Endings

The Group Enjoyed a Quiet Moment Together
No matter how this chapter plays out, players will always arrive at the ending where Kara, Luther, and the various Jerrys stand around and watch in amusement as Alice takes a spin on the carousel.

With The Pirate's Cove out of the way, the next stop for our coverage centers around the chapter titled The Bridge. Don't miss out on any details — stay fresh on 100 percent completion requirements and all endings by heading over to our Detroit: Become Human 100 percent walkthrough and guide.