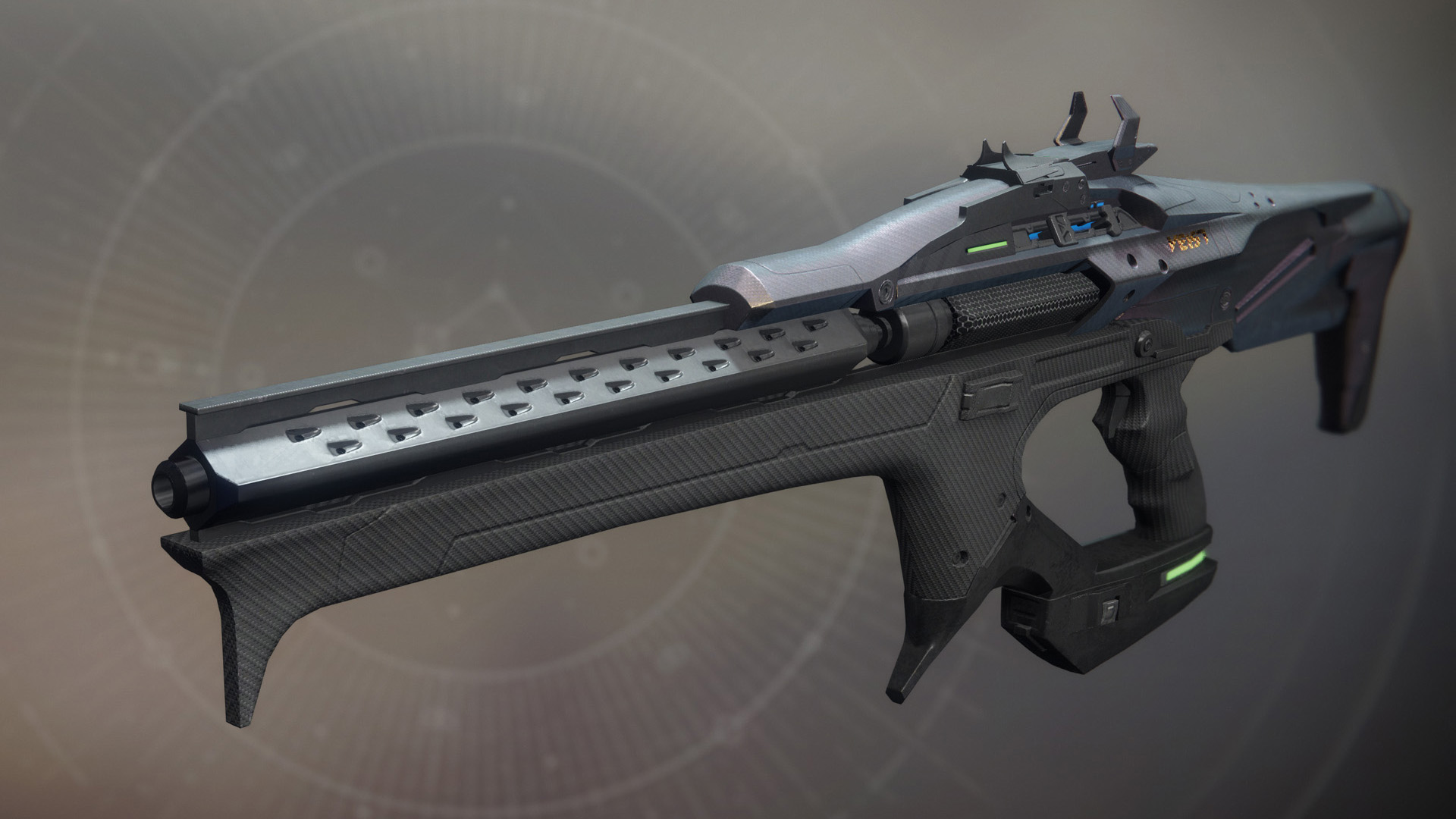 How to Get the Tarantula Linear Fusion Rifle in Destiny 2

With each new update to Destiny 2 Bungie goes and presses buttons that ultimately change the weapon meta to varying degrees. With the Warmind DLC, the D.A.R.C.I. exotic sniper rifle became a beast. More recently, however, it seems that linear fusion rifles have soared to the top of the charts, at least in when it comes to Escalation Protocol events. One of the best linear fusion rifles around is the Tarantula, which is often preferred over Sleeper Simulant because of it’s larger magazine size. Here’s how to get it.

How to Get the Tarantula Linear Fusion Rifle 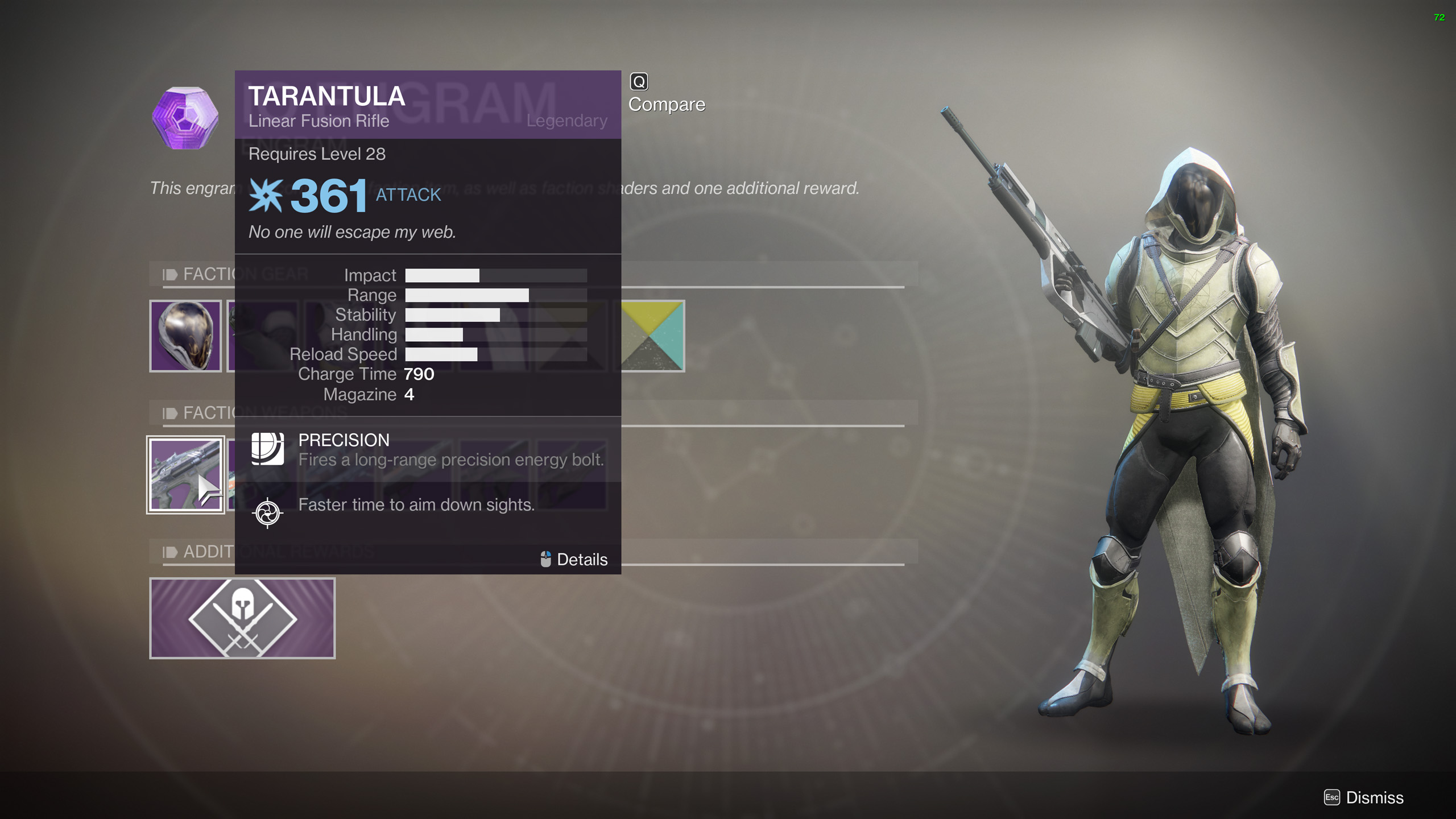 Unfortunately, the Tarantula can only be obtained through engrams, or purchased directly from Asher Mir on Io when he’s selling it.

Assuming Asher Mir isn’t selling this weapon and that’s what led to a Google search for how to get it, my advice would be to grind public events, resources, lost sectors, world quests, adventures, and region chests on Io. Guardians could get lucky and have it drop, but these activities will earn tokens that can be turned over to Asher Mir for his engrams. Since his loot pool specifically includes the Tarantula, my bet is that there’s a better chance of getting it from his engrams than other sources. 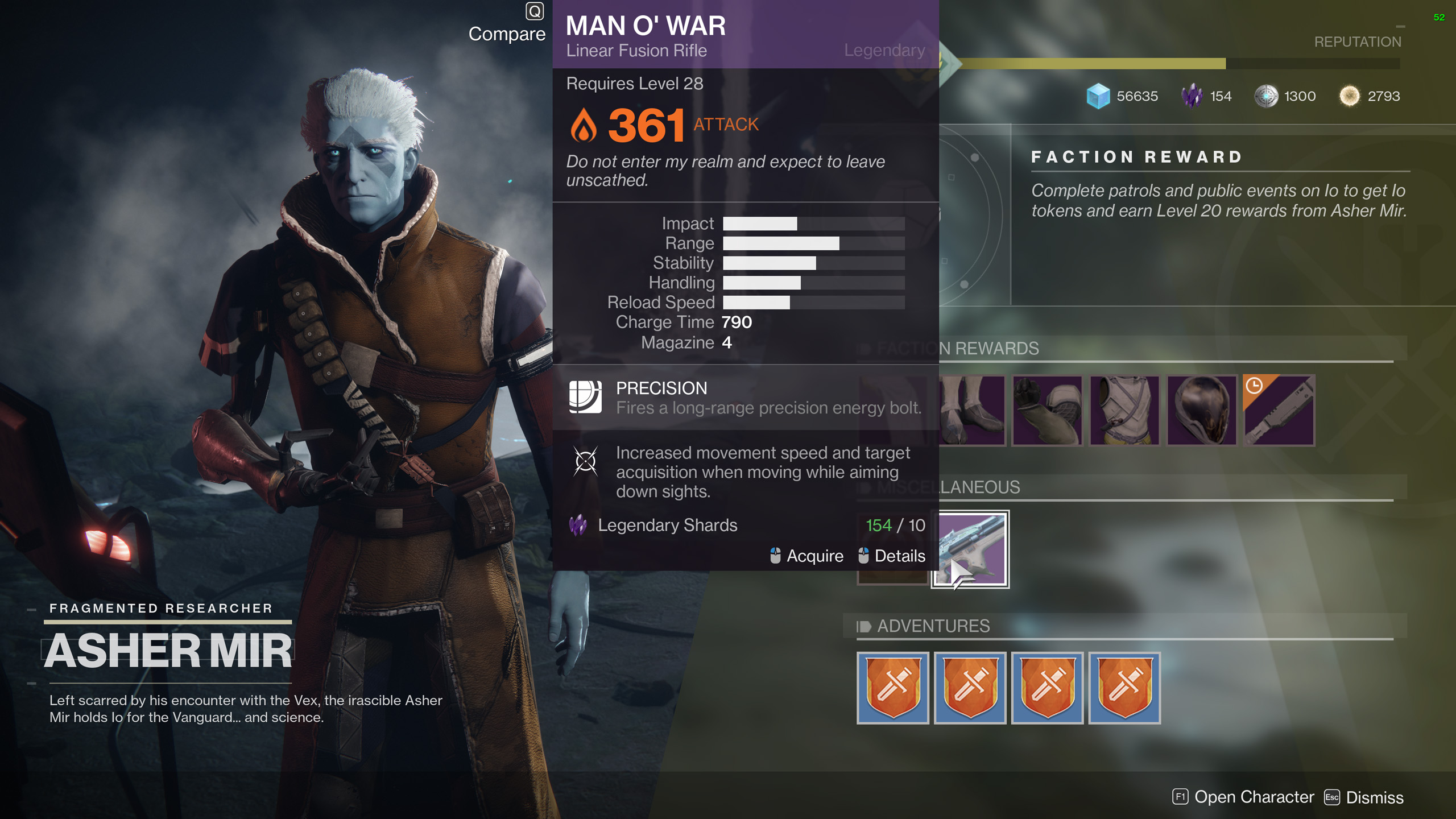 It’s also worth noting that, upon completion of the Dynasty world quest, Ashier Mir will give players the Man o’ War linear fusion rifle. This is quite comparable to the Tarantula and can be purchased from Asher Mir at any time once the world quest is complete. For those that might own a Tarantula but don’t have a weapon to infuse into it, purchasing Man o’ War from Asher Mir might be a solution. He should sell it at a level comparable to a Guardian’s power.

While updates will change how weapons perform over time, it should be noted that linear fusion rifles are currently doing massive damage to bosses in Escalation Protocol. There’s an in-depth breakdown of exactly what levels of damage on the DestinyTheGame subreddit, which I’d advise reading. It explains why it’s wise to bring the Tarantula over the Sleeper Simulant, and how the benefit of these weapons doesn’t carry over to other activities.

With a solid understanding of how to get the Tarantula linear fusion rifle in Destiny 2, browse through the Destiny 2 complete strategy guide for more information on life as a Guardian.