How to Kill the Megalodon in Sea of Thieves

Forget all about the kraken, the biggest baddy in Sea of Thieves is the megalodon, an ancient beast recently added in first free content update, The Hungering Deep. Killing the megalodon is not easy as it will require ample resources, good communication, and more than one crew of pirates.

How to Summon the Megalodon in The Hungering Deep

Before even attempting to take down the megalodon, players will need to ensure they have finished The Hungering Deep quest given by Merrick. This quest grants access to the drum, a unique set of tattoos, and is essential in learning how to summon the megalodon.

Take the time to stock up the sloop or galleon to the brim with resource. In a perfect world, the ship should be completely full of planks, bananas, and cannonballs, as the megalodon will be chomping holes in the vessel during the entire fight. With the ship stocked, set sail to Merrick, play his tune, and carry the tune to T26 where the megalodon can be summoned. 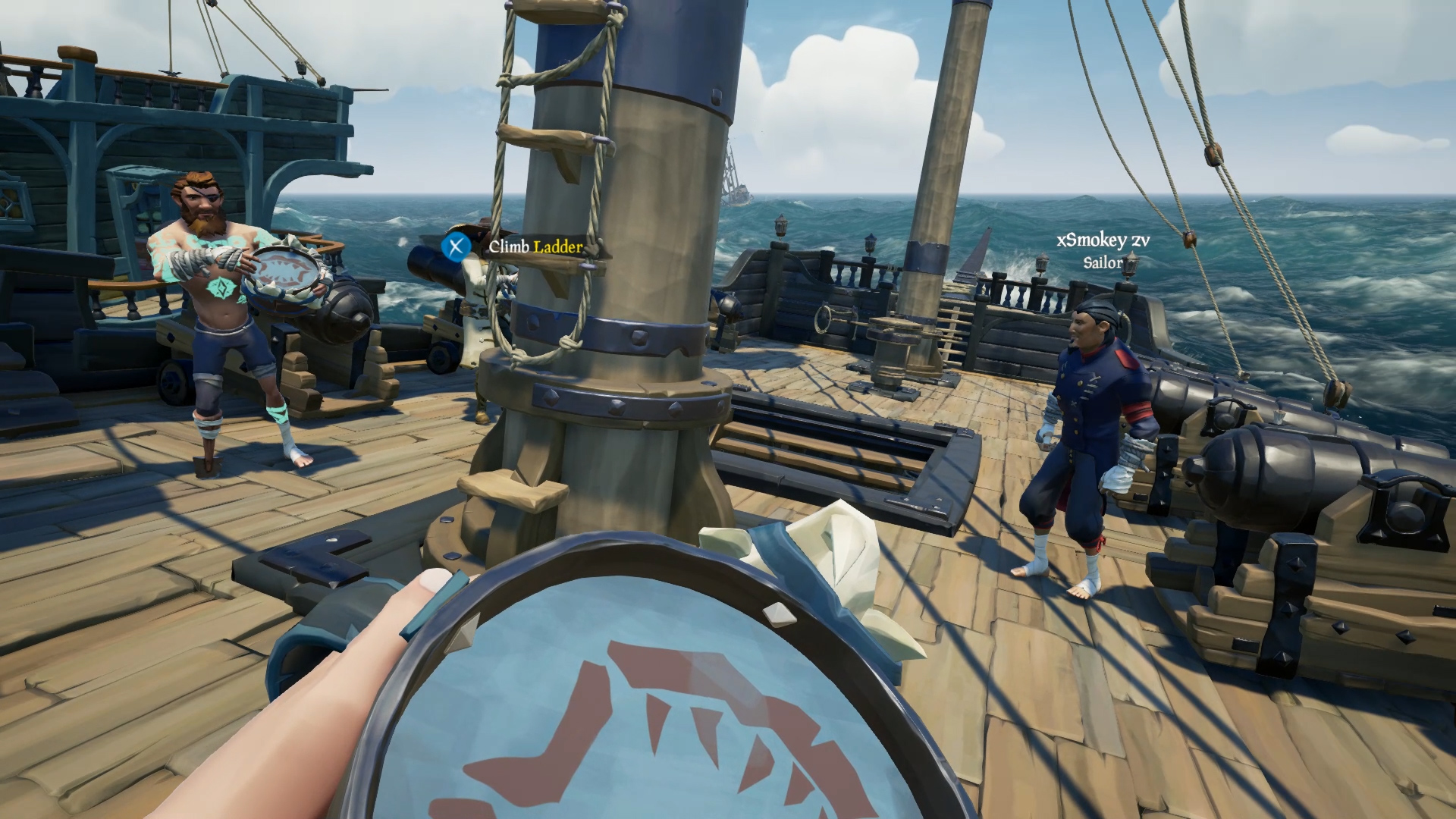 Summoning the megalodon for the fight requires having at least five pirates present, which means a full galleon would need one additional pirate (even a solo sloop player will do) while a galleon with three pirates will need at least two more pirates. All pirates should have Merrick’s tattoos on and be playing the drum at the same time. When done correctly, all the tattoos will begin to glow and the megalodon will be summoned.

How to Kill the Megalodon 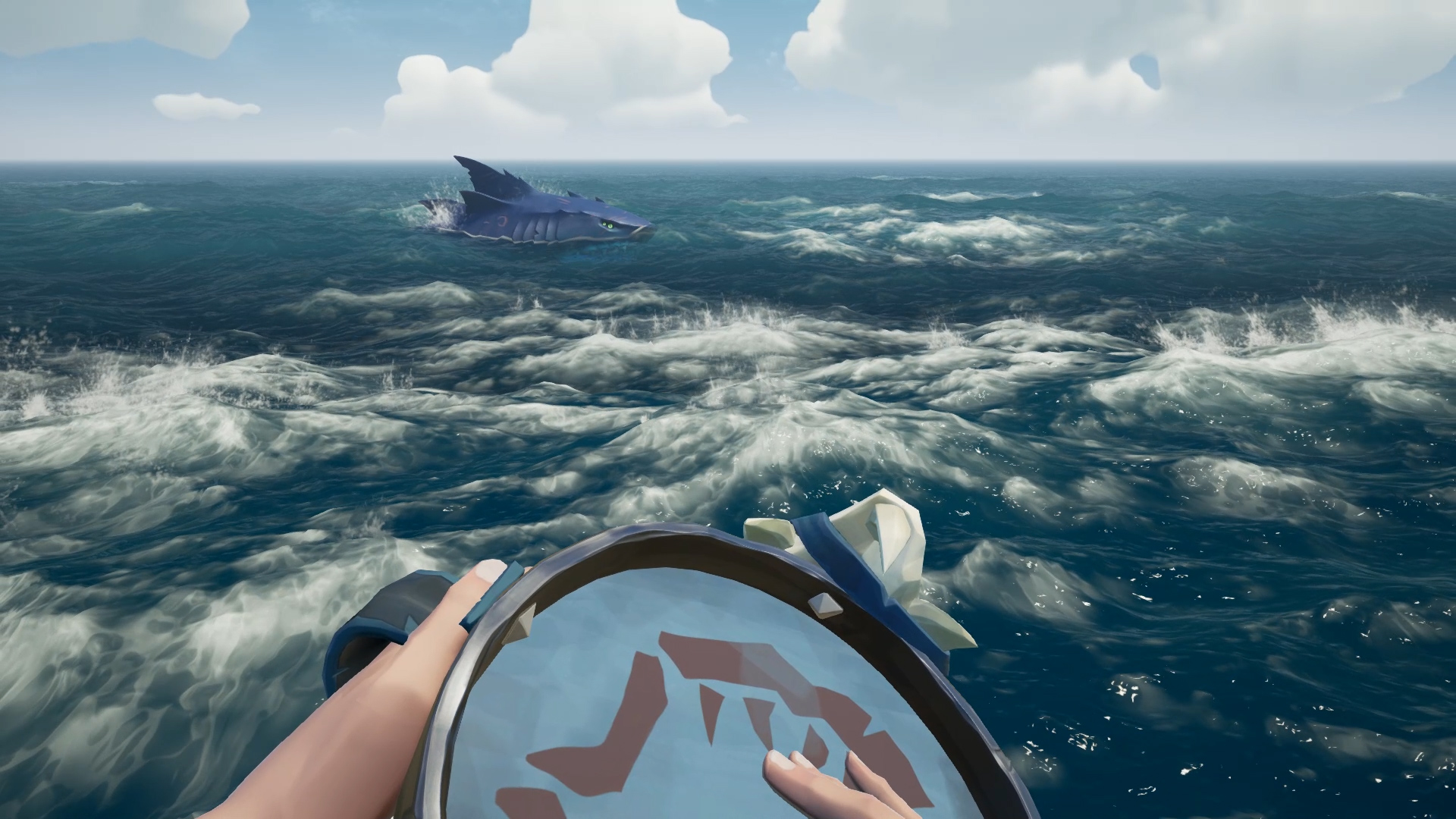 The megalodon is a fast and fierce fighter that will circle any ships looking to kill it. The ship it chooses to attack appears to be the one dealing the most damage to it, which can be used strategically to remove the pressure from a vessel being heavily chomped. Pirates will know when the megalodon is beginning its attack as intense music will begin to play and it will swim straight at a ship. 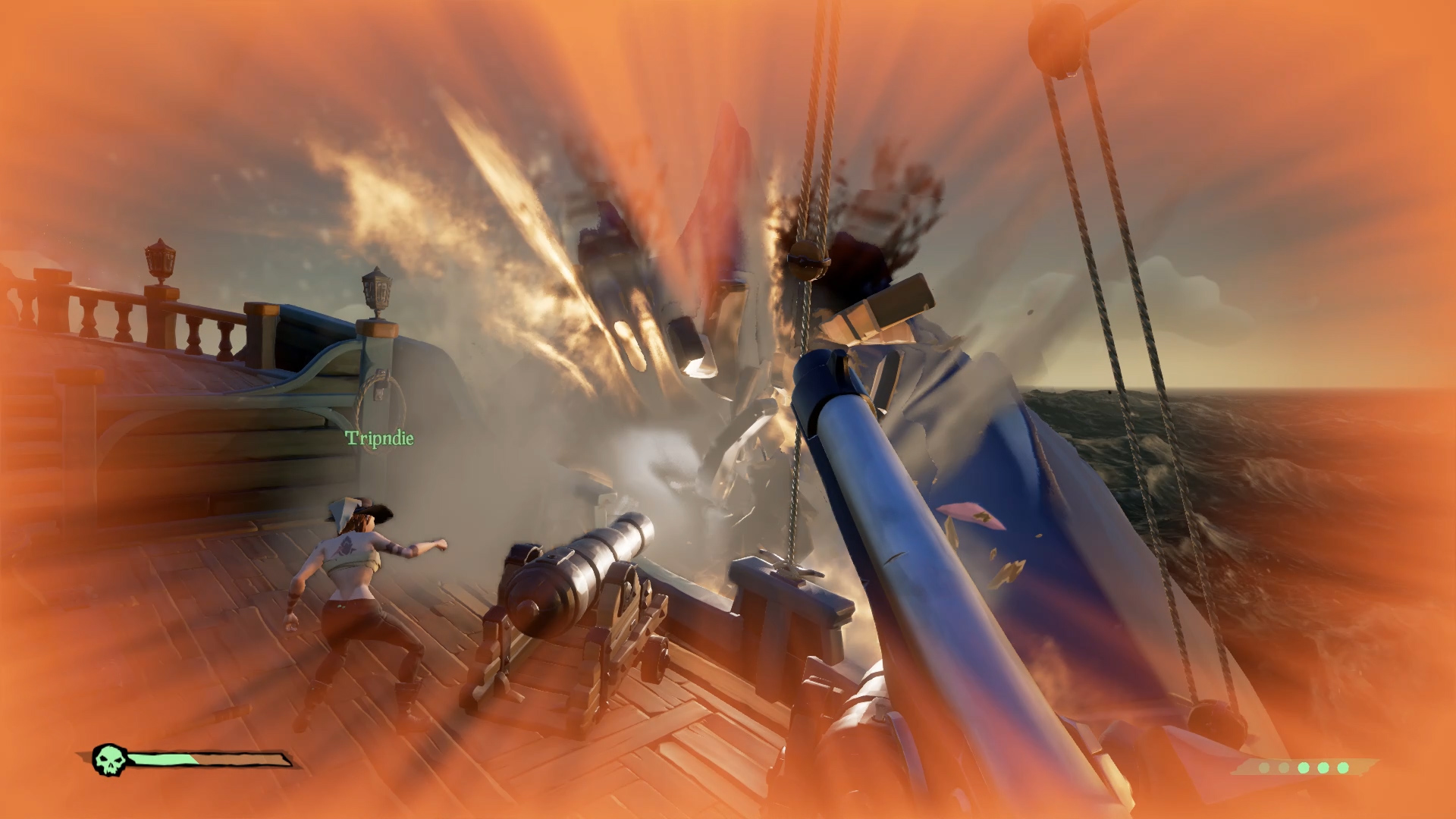 As the megalodon is circling, use the Flintlock pistol or the Eye of Reach sniper to land some shots on it. When it finds its target, watch what side it comes in on and prepare to use those cannons to fire into its mouth. The megalodon will rush directly at the ship and just before it connects, it will rise up above the water and spread its jaws for a massive bite – at this moment, fire as many cannonballs into its mouth as possible to hopefully prevent it from biting the ship.

In the event the megalodon does bite the ship, it will deal significant damage to the hull. Chances are it will make four holes in the upper deck and four holes in the lower deck, which means all players will need to immediately begin baling water and patching holes. 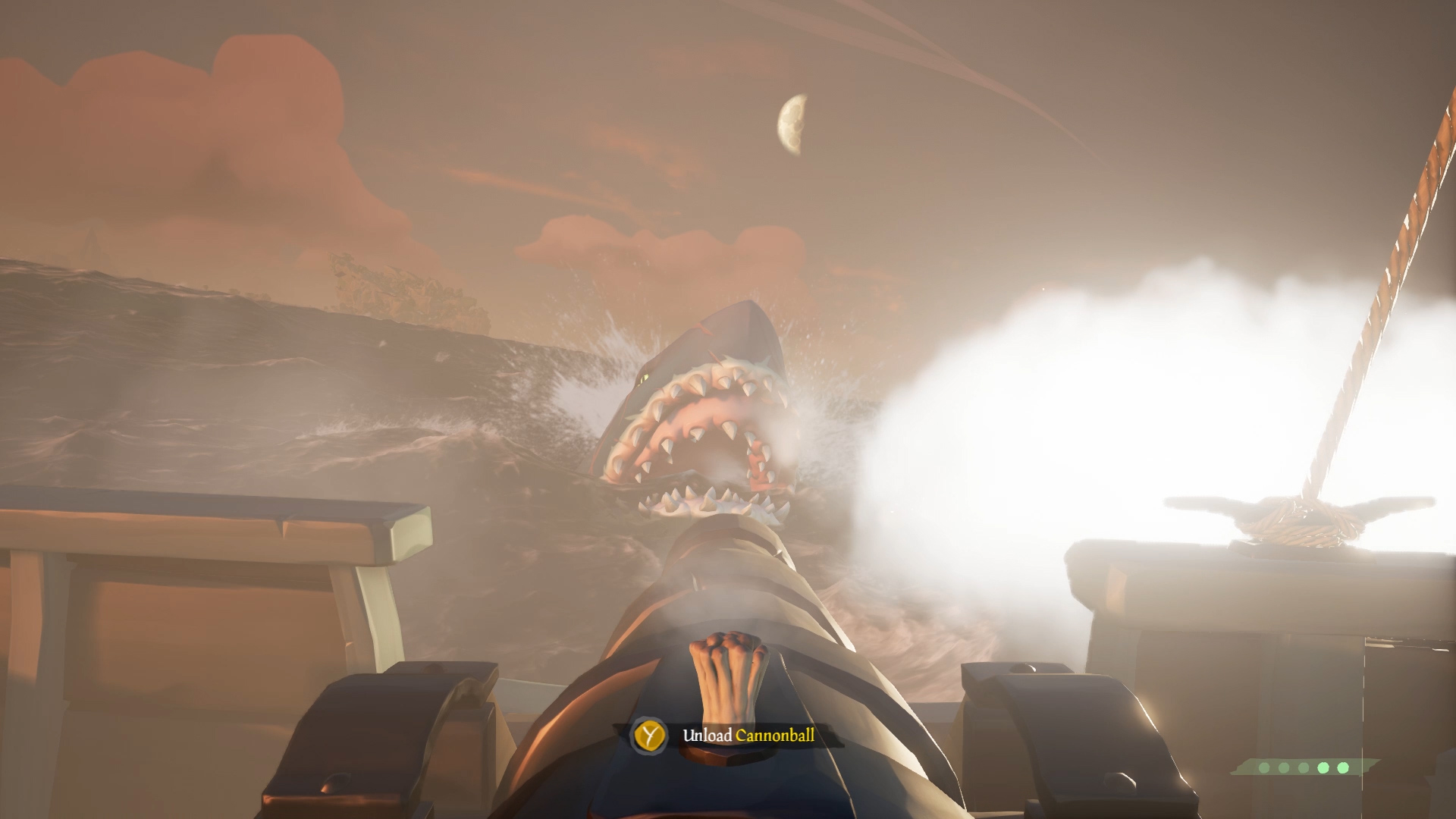 Another means of dealing damage to the megalodon is to shoot cannonballs at it while it circles the boat. Keep in mind that the megalodon swims just below the surface of the water, making it difficult for cannonballs to hit. As it swims to bite another ship, take careful aim and shoot the shark. It’s important not to hit the ship, as the other pirates will no doubt be in harm’s way and will not need any additional holes in their vessel.

Depending on how many other pirates engage in the fight and how well everyone can land cannonball hits, killing the megalodon could take anywhere between 10 and 30 minutes. It’s a long battle, which is why it’s so important to be fully stocked up on resources. 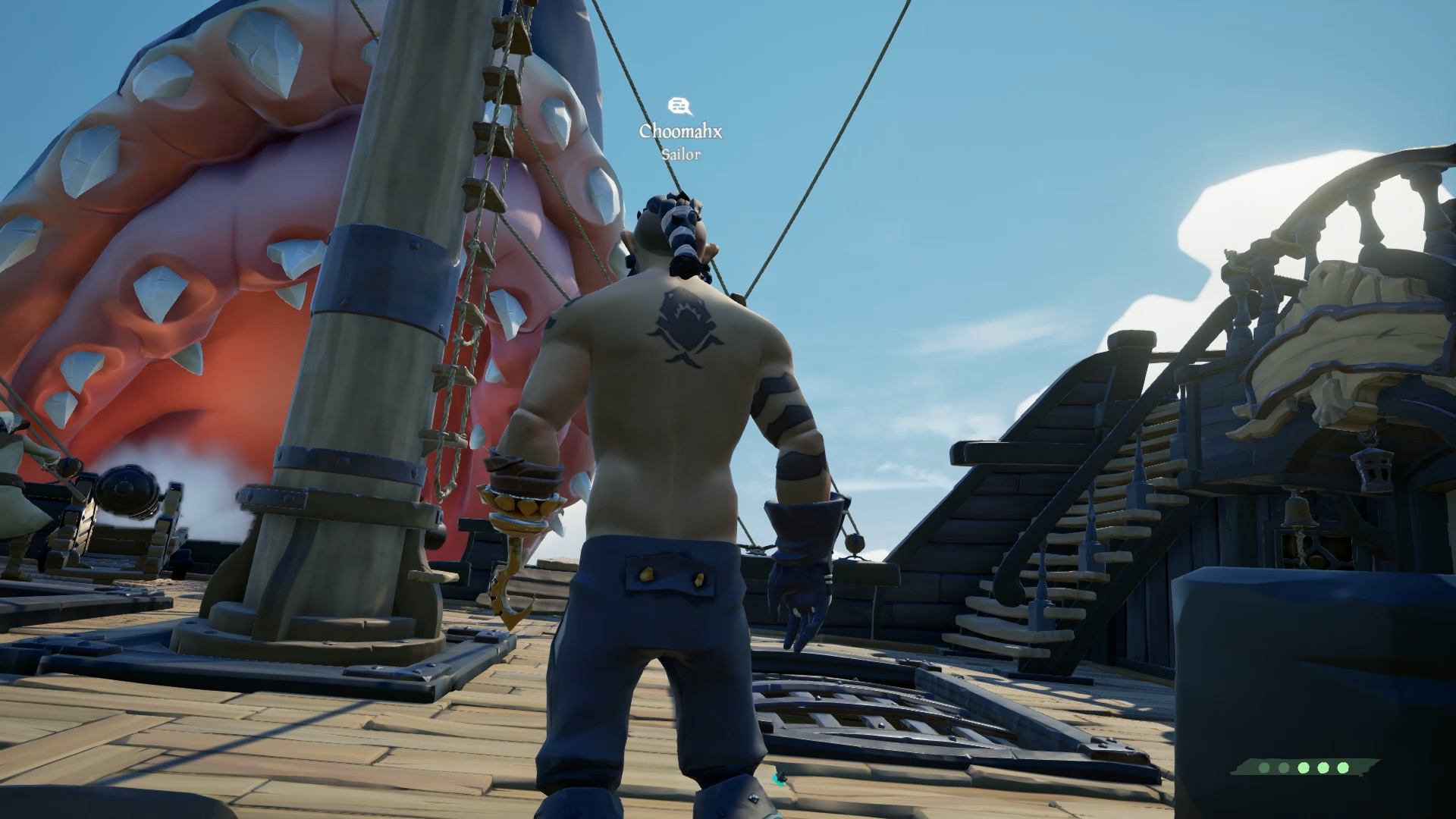 It’s also worth noting that whenever the megalodon takes a bite out of a ship, the boat will be pushed quite far away from its starting location. When fighting the megalodon near the edge of the map, it’s critical to ensure not to get pushed into the red water, and if it does happen, get back onto the map as soon as possible. Try to keep in close proximity to the other ships, but not too close that making shots count becomes problematic. 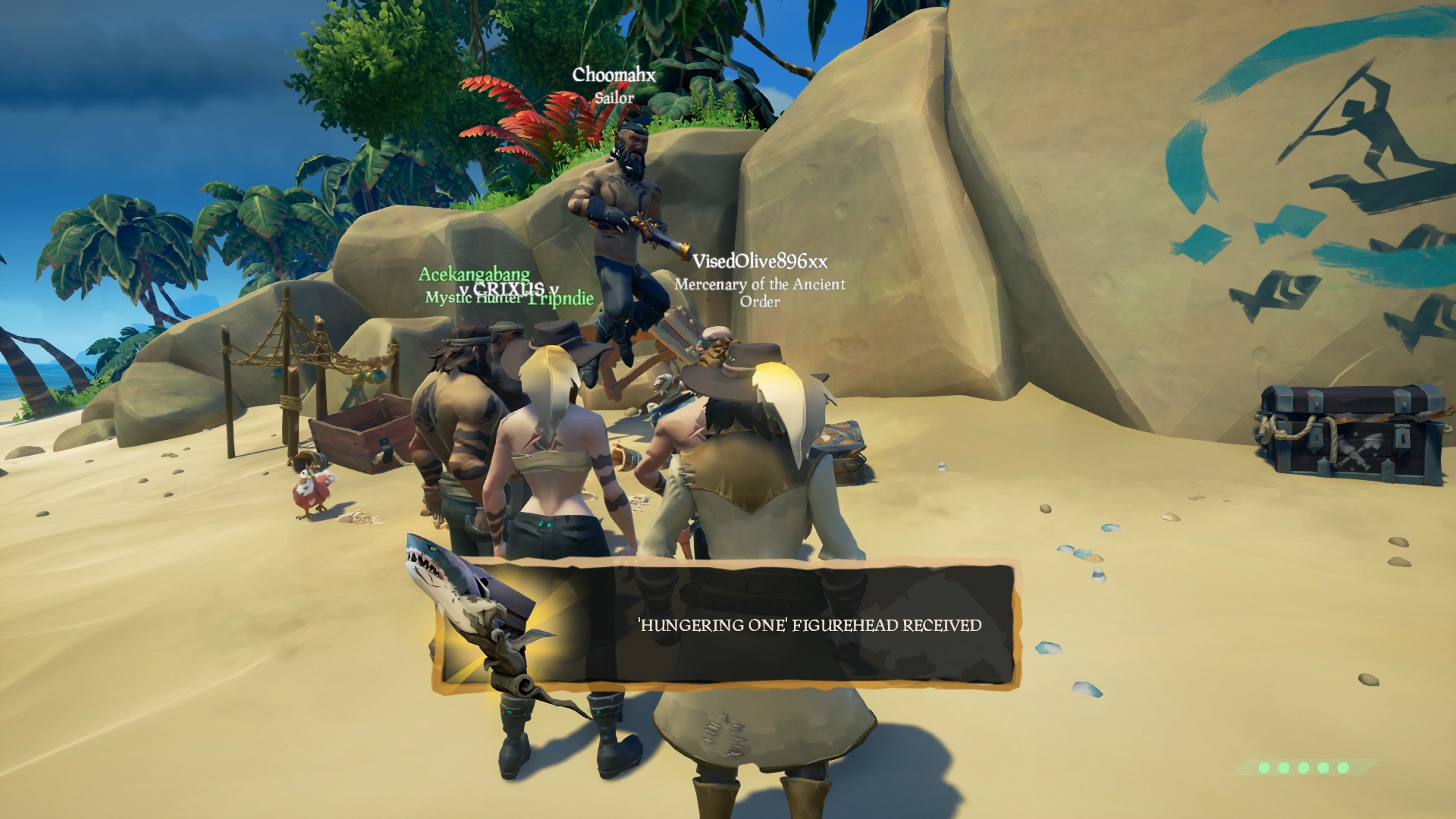 After enough damage has been dealt to the megalodon, it will go belly up and die, and the music will become suddenly peaceful. If this is the first time killing the megalodon in Sea of Thieves (and if The Hungering Deep event is still active), pirates can return to Merrick for a special reward!

Now that the megalodon has been killed, take some time to look over the Shacknews Sea of Thieves Guide and Walkthrough for more information on being a legendary pirate!