What Is Pokemon Quest?

Nintendo Switch owners have been waiting for a proper Pokemon game to land on the hybrid handheld ever since the system first released back in March of last year. The crew at Nintendo have kept largely silent their efforts toward that front so far, but the silence was broken earlier today when the company revealed not one but three different Pokemon titles for the Nintendo Switch. And while Pokemon: Let's Go, Pikachu! and Let's Go, Eevee! are still some months away, players can download the free-to-start title Pokemon Quest right now.

What is Pokemon Quest?

It's pretty safe to say that Pokemon Quest doesn't share too much in common with the series' RPG roots. Instead, it's a new touch-focused game utilizing a voxel style that tasks players with seeking out rare treasure spread across Tumblecube Island, a place "where everything's a cube — including the Pokemon," according to a press release for the game.

Using the Switch's touchscreen controls, players can battle their chosen Pokemon against other pocket monsters in the area simply by tapping on the enemy creature. The game largely operates automatically, where the chosen Pokemon will seek out nearby creatures to fight with, but players can pause the action or direct their creature at any given time. Players can also make use of different abilities by tapping on the ability icons featured at the bottom of the screen, the likes of which will take a few moments to recharge. 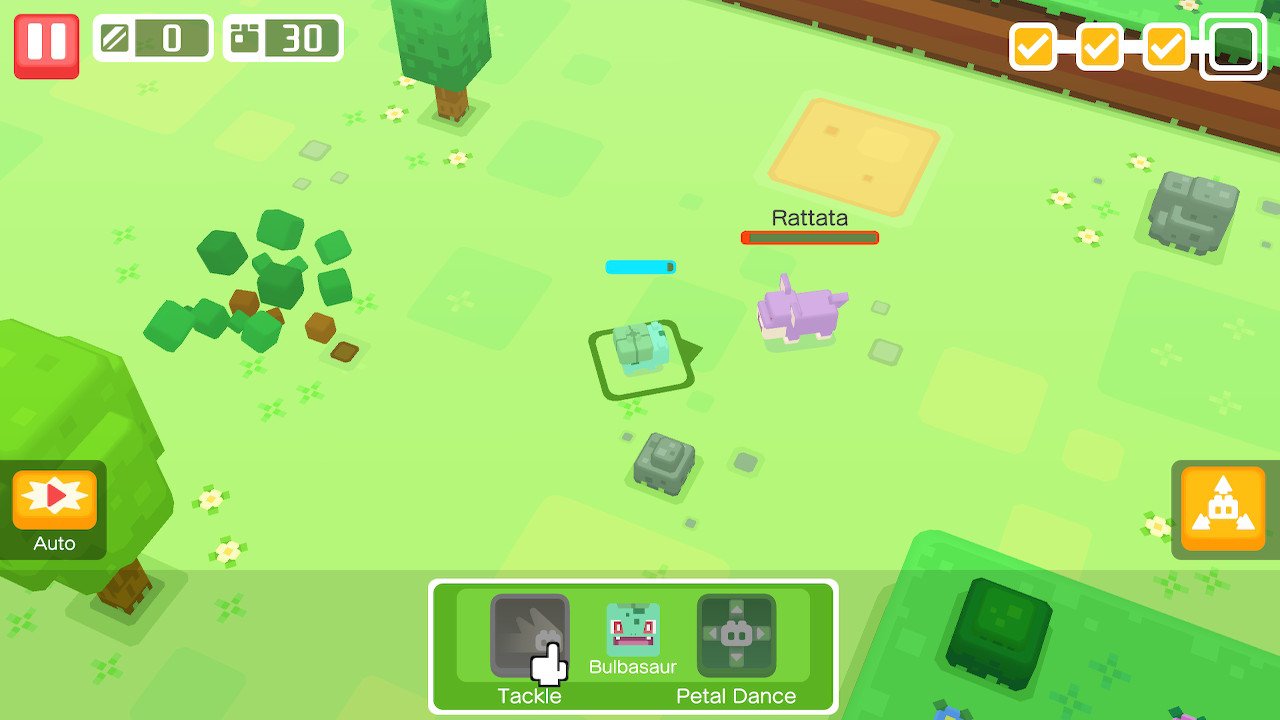 The game also features a new base camp mechanic where players can decorate their homes with items they find across the island, the likes of which sometimes offer various stats and bonuses. Pokemon can also be upgraded through use of Power Stones that can be earned from scoring victories in battle.

As for the whole "free-to-start" thing, players can expect to get a taste for the game without having to drop any of their hard-earned cash on the experience. Assuming they like what they see, the game offers up a number of different packages set at various price points:

Pokemon Quest is a fun little game, if not a little lightweight for users who might be expecting the depth offered in other series entries or even the hit mobile title Pokemon Go. Still, free is free, and Pokemon Quest ought to help fill in the gap between now and the releases of both Pokemon: Let's Go, Pikachu! and Let's Go, Eevee! later this year. The game is also supposedly set to launch for mobile devices sometime in June, meaning gamers who still haven't yet jumped on the Nintendo Switch bandwagon won't be left out of the action. To learn how to jump in on the latest Pokemon title, be sure to check out our guide on how to download Pokemon Quest for the Nintendo Switch.