The Detroit: Become Human chapter titled Waiting For Hank sees Connor exploring the police station and getting to know a little bit more about Hank, for better or worse. Our walkthrough will cover all the events and actions needed to earn 100 completion and take a look at this chapter's two different endings. 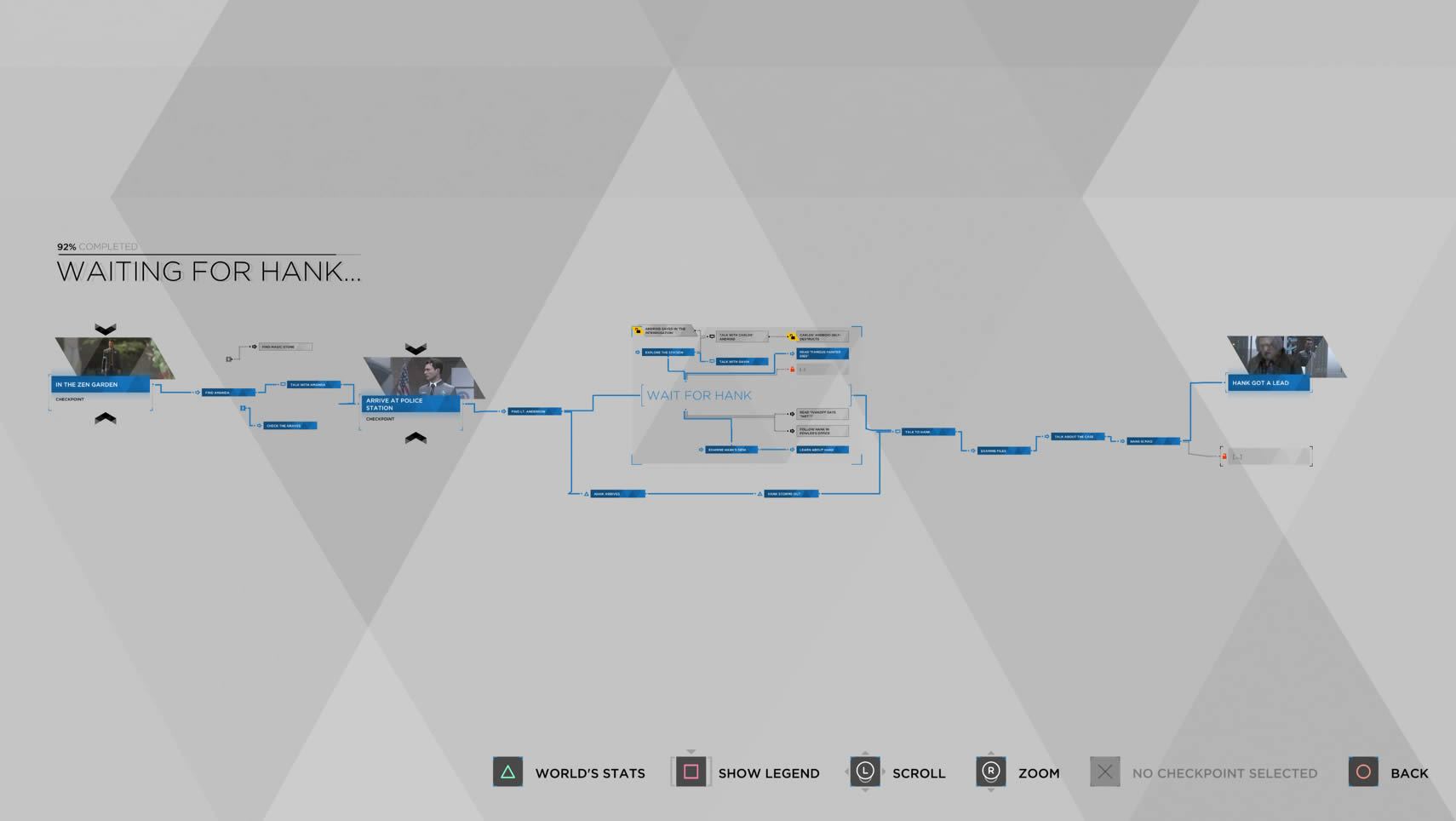 Our so-far 82% complete flowchart for Waiting For Hank.

There aren't very many branching points in Waiting For Hank. Like some of the game's smaller chapters, this one just a few options for Connor to explore the station and enjoy some reading before being pointed toward one of the chapter's two different endings.

Waiting For Hank: All Endings

Hank Left to Get Lunch
This ending is only opened if Kara does not stand her ground with Todd in the chapter Stormy Night, in which case Alice is killed. Beyond the events of Stormy Night, this particular ending will also have an effect on the future chapter On The Run.

Hank Got a Lead
Most mission scenarios will lead to the ending where Hank finds the lead he was looking for regarding the AX400 model that committed an assault the night prior, but not before he gets a little too up close and personal with Connor.

With all actions 100 percent complete and all endings unlocked, it's time to move on to the chapter titled On The Run. To keep up with other chapters in the game, including all events, dialog choices, and endings, be sure to head over to our Detroit: Become Human 100 percent walkthrough and guide.