Gamers know that there's nothing wrong with seeking out new items and riches, and God of War has just those types of rewards available within the game's 12 different treasure maps. Players will be handsomely rewarded if they can use the map's information to track down the treasure, and we're happy to provide assistance toward that noble goal. Here's where players can find The Turtle's Tribute treasure map as well as where they can find the elusive stash.

The Turtle's Tribute treasure map can be found in the region known as The River Pass, just south and east of Lookout Tower. Within the caverns, look for a climbable wall just to the left of the area's Nornir chest — chest number five, for players following our Nornir chest guide. Climb up into a room with another treasure chest and a door with a seal that can be broken with the chisel. The map can be found just a short distance in front of the chest.

Hold up on the D-pad to bring up the map, then check out its key image and location details: "Where the leaves are red, and the moss is green, I buried my treasure where the Tortoise doth dream." 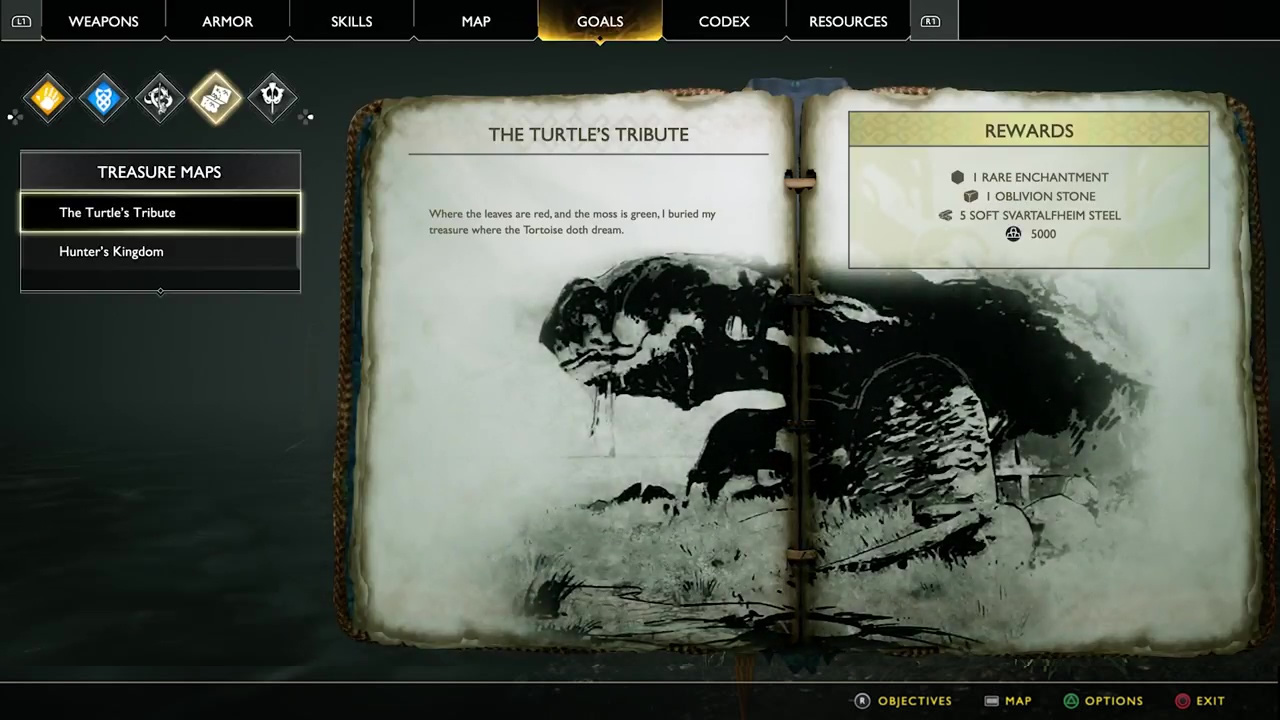 The text is fairly clear-cut, and Kratos won't have to travel far to find the stash. Head back up the path to the ground surface, then within the colorful red- and green-tinted forest area, search for the smattering of rocks in front of the giant turtle. The treasure itself can be found among two big rocks by the turtle's front left foot.

In return for a stash well found, players will receive one rare enchantment, one Oblivion Stone, five Soft Svartalfheim Steel, and 5,000 Hacksilver. These aren't all of the goods on offer within the game, of course, so track down the rest by having a look over the collectible locations featured in our God of War walkthrough and guide.