The biggest mystery in Fortnite has still yet to be solved, as the meteors in the game still seem to be hurtling toward Tilted Towers, with no resolution or anything from Epic Games officially addressing them. But there's something new we certainly didn't expect to see in the sky: UFO-shaped objects that look more than just a little mysterious. Thanks to Reddit user Niels_Kooloos, we have a decent look at them via clips, and while they certainly look like UFOs, we're not sure exactly what they are. Fortnite players are, however, thinking that these new signs point to the imminent destruction of Tilted Towers, especially considering another new addition to the game.

Redditor colinix spotted something telling on a rooftop at Tilted Towers in the form of some colorful alien-oriented signs, including pictographs that imply the meteor may very well hit as early as tomorrow. One sign previously read "today," but that's been scrawled out to read "tomorrow" instead. This could be the final piece of the puzzle when it comes to the mystery behind what the meteor actually means and what the future could hold for Tilted Towers. Whatever's going to happen could be coming up very, very soon, that's for sure. 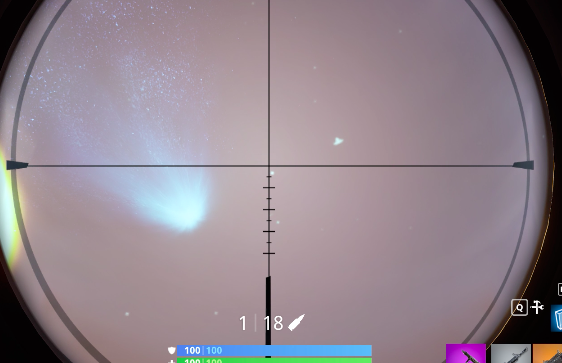 If you're someone who loves checking out Tilted Towers and setting up shop there to pick off other players, you may soon be kissing it goodbye if the hubbub surrounding the Fortnite meteors is all true. Either we'll be seeing some sort of alien invasion, or the meteor will destroy all. Or there's going to be some kind of additional puzzle to decode. Either way, Fortnite is going to be keeping us entranced.