The hunt for all 12 of the treasure maps in God of War continues. This time we're taking a look at the Island of Light treasure map, which sees players search around the northern shores of the Lake of the Nine to find a treasure hidden at an old outpost.

The Island of Light treasure map in God of War can be found on the northern shore of the Lake of the Nine, not too far north of Cliffs of the Raven, where players may have also located the Dead and Bloated treasure map rewards. In the area immediately south of the bridge landing east of the Light Elf Outpost, head to the rubble by the shoreline to spot the treasure map sitting on the ground.

Bring up the map to have a look over its clue phrase: "While we hail from Alfheim, the Light Elves make sure to watch over Midgard. I've spent most of my life here at this outpost and I will likely die here." 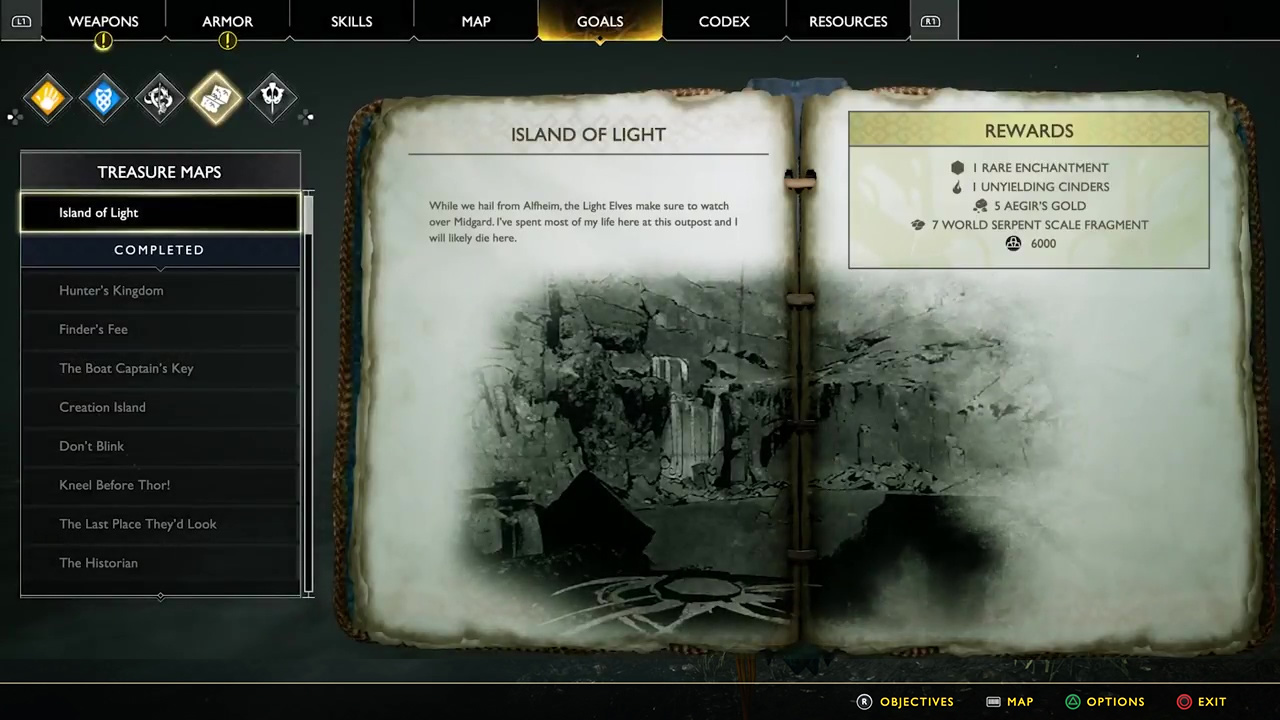 The clue is meant to point players toward the Light Elf Outpost on the island just west of where the map was found. Head within the outpost and walk across the first light bridge toward the Nornir chest, then turn 180 degrees and follow the path, being sure to jump across the gap.

Turn left, then immediately right, the treasure is behind the iron gate and if the iron gate is raised, simply walk forward to see the small pile of rocks. If the gate is still closed, circle around the island, activating the light bridges, and then drop down behind the gate using the chain to reach the treasure.

For all their hard work, players will be rewarded with one rare enchantment, one Unyielding Cinder, five Aegir's Gold, seven World Serpment Scale Fragments, and a sum of 6,000 Hacksilver. To stay on top of the other treasure maps as well as the rest of the game's many collectibles, be sure to check out our God of War walkthrough and guide.