How to Catch Pigs and Chickens in Sea of Thieves

Sea of Thieves might present a gorgeous open sea for players to navigate, but as sailors will soon find out, there's really not much money in exploring. Pirates-to-be could score some loot by wreaking havoc on nearby ships, but it's tense work, and it carries a distinct risk of death. Players who prefer a more peaceful route can instead gain some monetary momentum simply by catching chickens and pigs, then selling them for profit through the Merchant Alliance. Here's how the system works.

Catching Animals for Profit in Sea of Thieves

Most players interested in capturing pigs and chickens in Sea of Thieves will be doing it not for the love of island wildlife, but instead for money. The game's Merchant Alliance provides sailors with a way to stuff their coffers by tracking down animals that can be exchanged for coin, but only assuming the crew can work quickly. 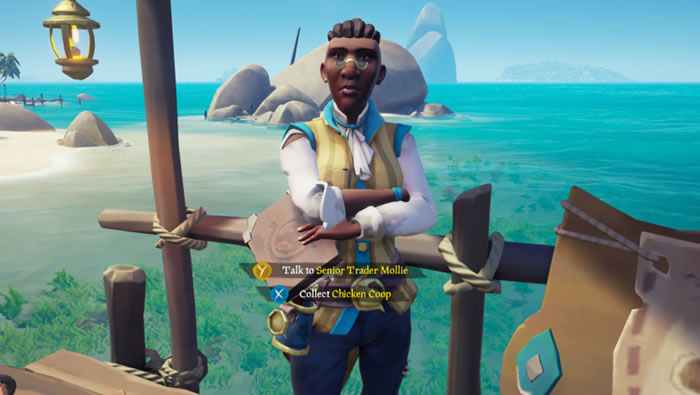 To get started, players need to head to their nearest Merchant Alliance liaison. Browse their offers, and find one that involves capturing animals. Doing so will grant the hero access to the coop. Once it's in the inventory, players need to seek out nearby islands and capture the required chickens or pigs and bring them back to the merchant in a timely manner, so be sure to keep that watch handy.

How To Catch Chickens and Pigs in Sea of Thieves 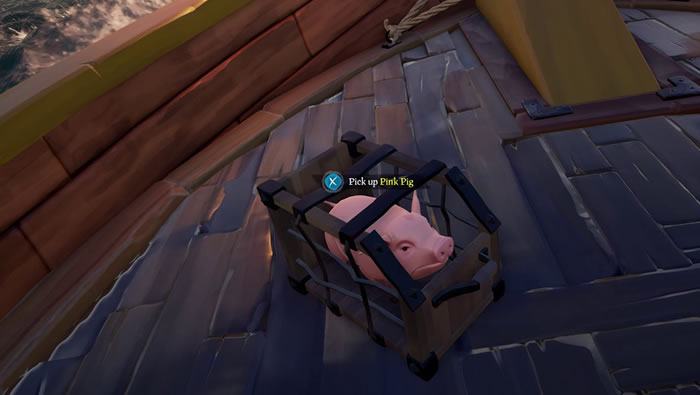 With the coop on-hand, hit the open water and start looking for the required creature. Both chickens and pigs spawn on smaller islands in Sea of Thieves, but players will likely spot far fewer chickens than pigs. With patience and a little bit of diligence with the ship's map, however, tracking down the right creatures shouldn't prove to be much of a problem. For those sailors who might be a little less patient, don't worry — we know a few places where players can find chickens in Sea of Thieves as well as where to find pigs.

Actually capturing the creatures is very straightforward: simply carry the coop out to the island with the animal to be captured, then follow the animal around with the coop while holding the right mouse button or trigger. Before long, the animal will be inside the cage, and the job is almost done. Just note that the animals do not want to go for a swim, and the player must keep the coop above water at all times when swimming back to the ship. With the chickens or pigs stowed away safely, sail back to the Merchant Alliance and claim the reward.

That's really all there is to it. It won't rake in huge amounts of cash, but capturing animals is a consistent and conflict-free way of taking in the sights and earning some gold in the process. To learn even more about Rare's latest open-sea adventure, be sure to check out our Sea of Thieves walkthrough and guide.