Not too long ago, Novaquark opened up their massive sci-fi sandbox Dual Universe to more players via the Supporter Packs. There’s a lot available in the alpha, but the team has added a face that will be familiar to many. As an effort to boost the visibility and tap the potential of Dual Universe, Novaquark has added a former EVE Online designer to the roster.

The new addition, Hrafnkell Oskarsson, was a part of the original team at CCP Games. If you didn’t catch the news, CCP took the EVE franchise into virtual reality with EVE Valkyrie but abandoned VR ambitions late last year. Sumo Digital, the crew behind games like Forza Horizon 3 and the upcoming Crackdown 3, purchased Valkyrie devs from CCP. The announcement for the new addition to the team included this statement:

"EVE Online, the game that Oskarsson originally designed (together with Reynir Harðarson), is one of the most acclaimed online multiplayer virtual games, well known for its emergent gameplay and impressive large-scale player-driven stories. While very different from EVE Online, Dual Universe shares a cultural heritage with it, and the experience of Oskarsson will be invaluable to help build this next generation of a persistent emergent universe. Together they will allow users to leave their mark, make a difference, contribute content and have social interactions, all to bring a sense of meaning back to gaming." 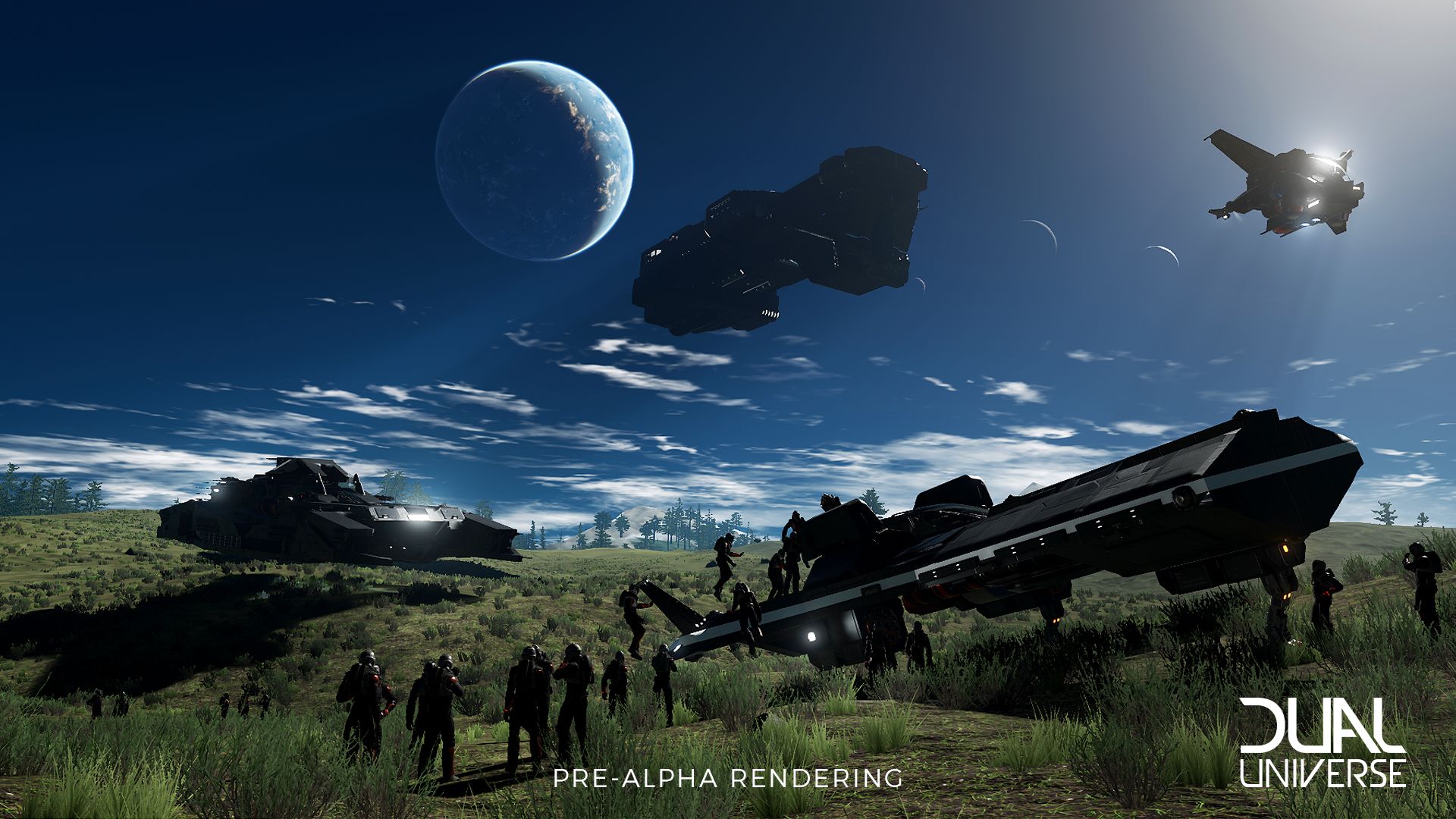 The founder of Novaquark also shared a statement on Dual Universe’s potential:

“Competitors in the MMO genre tend to rely on simplified models to connect a few hundred, sometimes a few thousand players together in the same arena or instance, which are often not persistent and not interconnected,” says Founder and CEO Jean-Christophe Baillie. “The experienced content is made by the company, and the players ‘consume’ it. We have a new proprietary technology to change that and let millions of people together inside the same persistent, never stopping, virtual universe, where they are free to modify the world and create their own stories as they see fit.”

Specific tiers of the packs include alpha access to the game, but ultimately opens another path of early adoption for curious players while netting the development team additional funding. If you’d like to make a pledge via the Supporter Packs, you can do so on the official website.