Amplitude Studios has leaned very heavily into the relationship with their community when it comes to the development process for Endless Space 2 and their other projects. Through their Games2Gether platform, they’ve designed factions, gameplay mechanics, and more with a direct and transparent line of input from players. Now, the team is hard at work on developing a faction focused on espionage and they’re asking the community to get involved from the ground up. 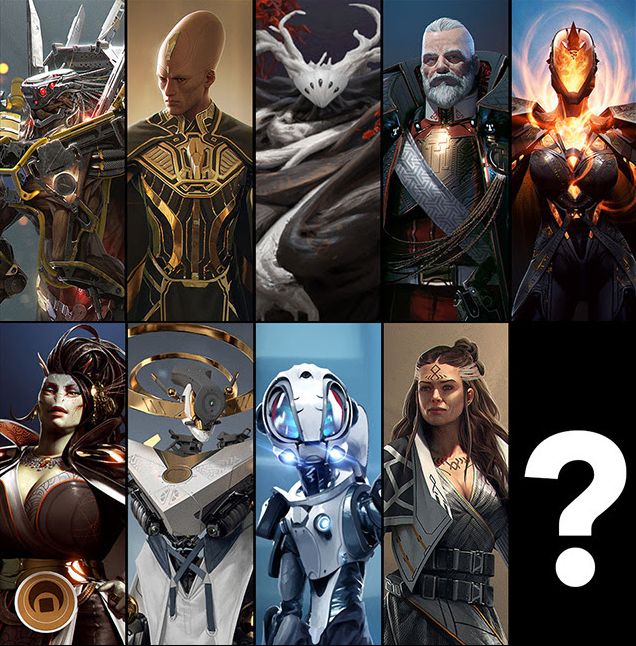 The first part of this collaboration is live and is focused on the faction’s type. The three choices are Humanoid, Alien, and Technological, but the options are as cut and dry as they seem:

“Note that humanoid doesn't necessarily mean human (but implies a vaguely human silhouette), alien means a non-human species (that is a little more different), and technological means a construct (that isn't limited to robots). These are just concepts illustrating each species type: a humanoid with 2 arms and legs, an alien that just looks very different, and something that looks very robot-y for the technological type. Design for the population of these factions will be determined in an upcoming vote, but that's way down the line, once we know more about what you want!”

The Unfallen faction, seen above, is the result of ideas from the community being submitted to the devs and has resulted in one of the most fun and unique factions to play in a 4X strategy game. I voted Technological because I’m curious what unique take Amplitude would put together with a type of unit that already has fairly unique resource management in this 4X strategy game, but there are more votes to come. Stay tuned to Shacknews for further updates.