What is the Level Cap in Kingdom Come: Deliverance

Though Kingdom Come: Deliverance is strikingly different to other medieval RPGs on the market, it does have one thing in common: the ability to level up and reach a level cap or some form of max level. Though reaching the level cap is going to take a while, you should at least know what number you’re working toward.

The maximum level in Kingdom Come: Deliverance is Level 30, which gives you a lot of opportunities to increase Henry’s skillset through acquisition of new perks. Unlike other RPGs, you can’t just give Henry more health. The main character is improved through other means, such as improving stamina, learning new tricks and combos, and improving on the skills he is taught by his peers and mentors.

Leveling up in Kingdom Come: Deliverance is a simple process, though unfortunately due to the level cap being 30, it means you won’t be able to claim all perks. This makes sense from the realism perspective, as there is no way Henry was going to become brilliant at everything. For players who like to try everything there is to offer in a game, it spells trouble. Thankfully, Warhorse Studios has in the works an alchemy recipe for a respec potion, allowing players to reassign the skills points they earn on the way to the level cap. 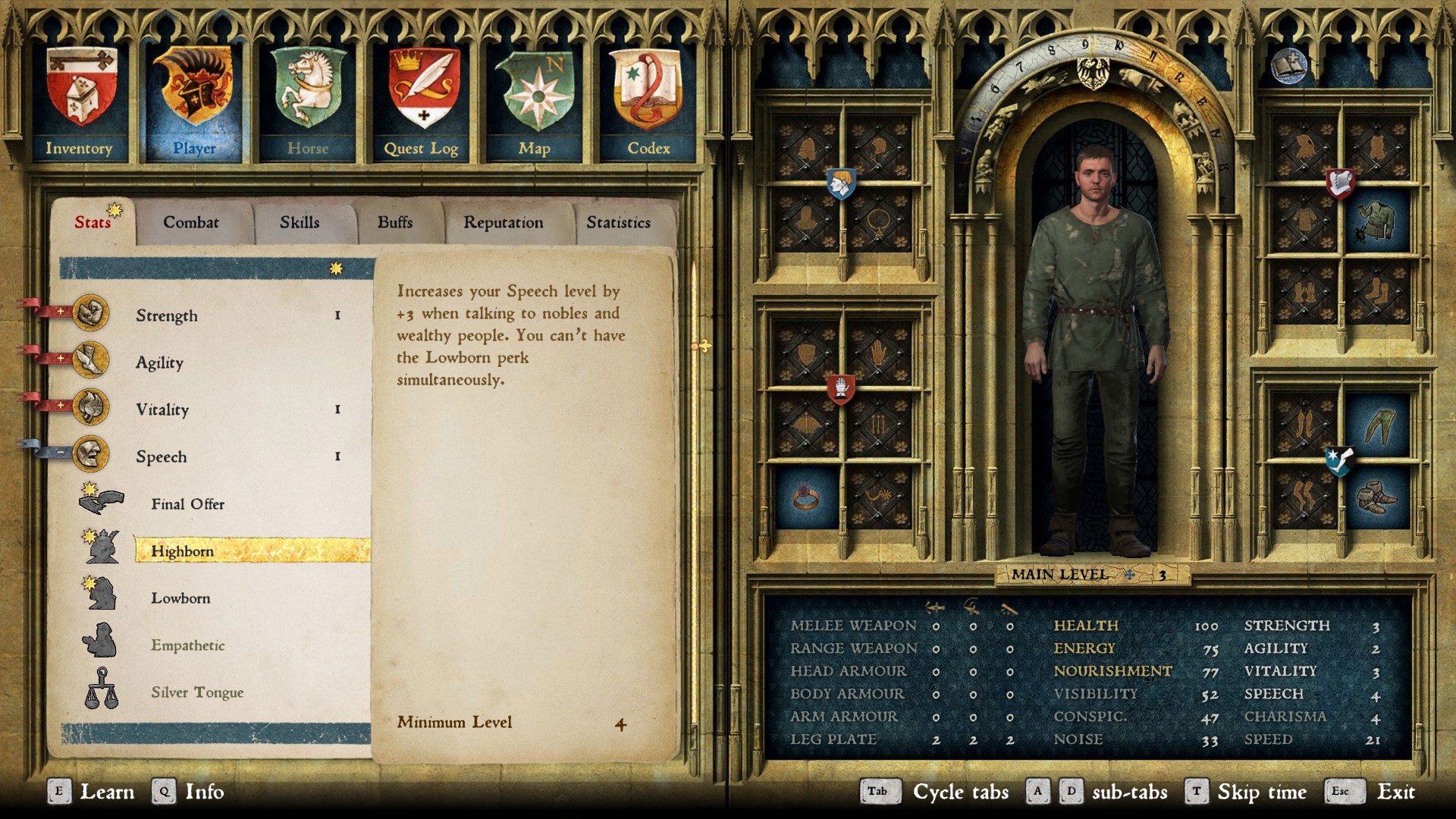 Due to the limited amount of skill points available to you on the way to Level 30, you must make some tough decisions on what perks to take and what perks to leave behind. For instance, choosing between Highborn and Lowborn can be a difficult decision, especially given the disparity between how many noblemen there are compared to peasants. Once one perk is selected, the other cannot be gained on the same playthrough.