For The King Is Rogue-like Danger With Tabletop RPG Flair, Coming To Consoles In 2019

If you’ve ever pondered the result of tossing a tabletop RPG, JRPG, and rogue-like into a blender, behold For The King from development team IronOak Games. The game survived its crowdfunding campaign, has found a and will be leaving Early Access in April. The devs are also targeting releases on PS4, Xbox One, and Nintendo Switch in early 2019.

For The King is the first game from IronOak, a team made up of developers who have previously worked on titles such as Sleeping Dogs, Dead Rising, and Need for Speed. The game pulled in over $100,000 during its Kickstarter campaign in 2015 on a goal of just over $30,000.

“For The King is a passion project for us and very much an homage to the RPG genre,” said Colby Young, Game Designer of IronOak Games, in a press release. “Early Access has been great for the game, allowing us to listen to fans and make the game as strong, polished and fun as possible. Now with its full release, and our new publishing deal with Curve, we can’t wait for more players to experience For The King.”

The gameplay in For The King will have players, solo or with a co-op partner locally or online, traverse the procedurally generated hexagonal kingdom of Fahrul. You’ll sail around, take on creatures in turn-based combat, and journey into dangerous dungeons before hiding out in safe camps. The quests and events are procedurally generated like the map in each playthrough. 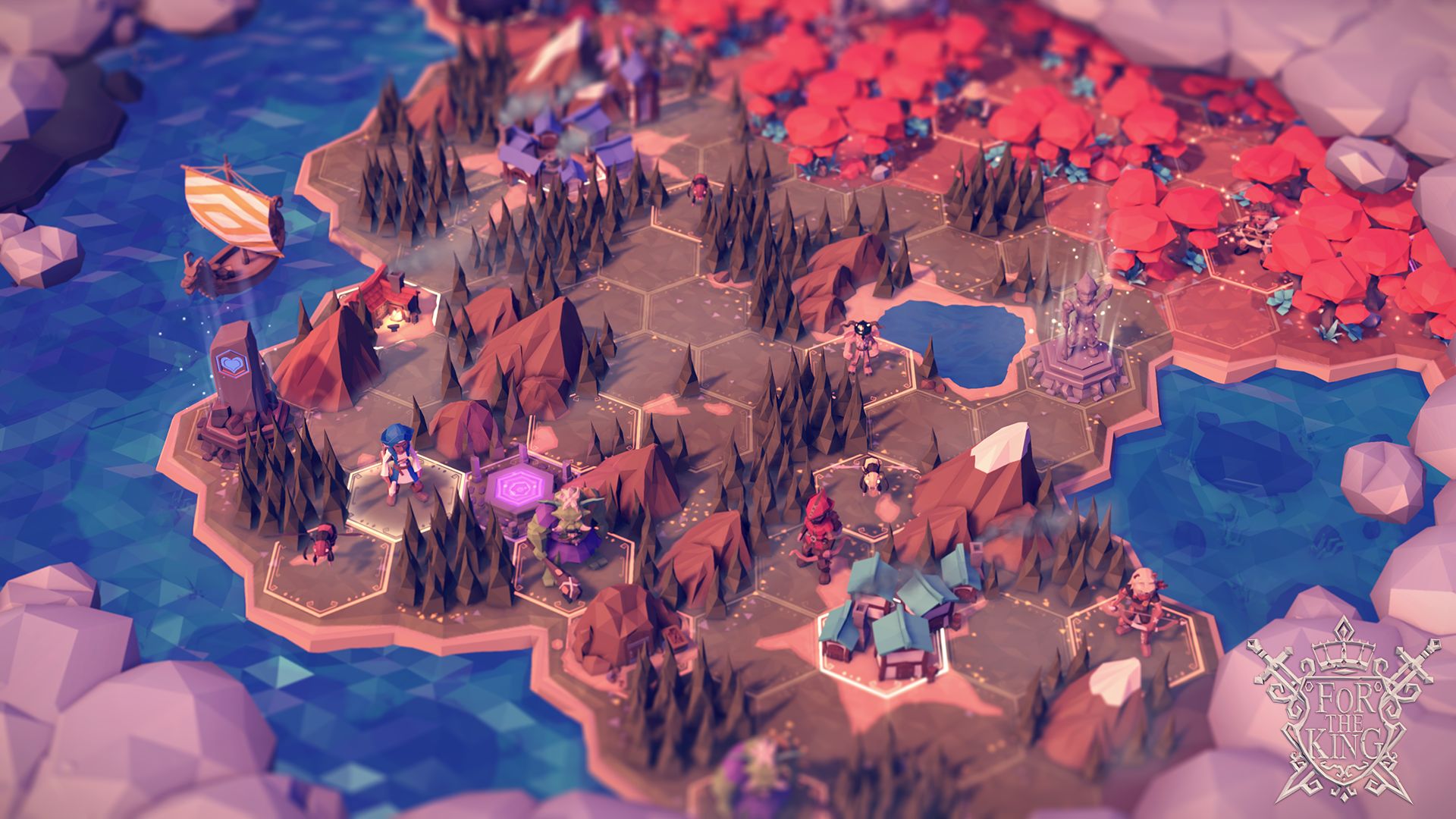 The game sports a polished low-poly design that really gives it a look reminiscent of tabletop RPGs, something that appealed to the game's publisher: Curve Digital.

“We’ve been following For The King since its Kickstarter, and we’re extremely excited to announce today that IronOak has become part of the Curve family,” said Jason Perkins, Managing Director of Curve Digital. “The office is full of board game players and we frequently play them in our downtime. To have a title which encompasses this passion is thrilling - we can’t wait for the title to be fully released.”

For The King is available in Steam Early Access for $14.99 right now, but will go up to $19.99 when it leaves Early Access in April. The console versions are slated for early 2019 and we’ll update as more information is made available.