The Nokia 8110 is Coming Back From the Dead

If you're a big fan of The Matrix and older technology, you probably associate one important item with the movie: the phone used by Keanu Reeves as Neo. It was the Nokia 8110, which made its initial debut in the massively popular 1999 action blockbuster. The Matrix popularized the phone, which utilized a spring-loaded keyboard cover. It was also totally awesome and I always wanted one. Now it seems I may get my chance to nab a new one, as well as other lucky buyers around the globe.

Mobile World Congress 2018 saw Nokia reintroduce the Nokia 8110 to a new audience, just as it did last year with an updated version of the Nokia 3310. Crowds in Barcelona were understandably taken aback by the announcement, especially with the phone's new bright, electric yellow color. You can opt for the banana-like shade or the more muted black, which is more in line with its original line. 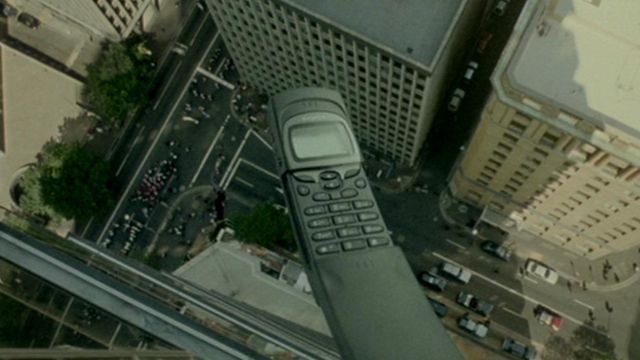 Of course, a classic Nokia phone released in 2018 has to have modern features. The new Nokia 8110 will include 4G connectivity and will run around $97 when it hits retail shelves this May. It's decidedly cheaper than it was on its debut back in the '90s when The Matrix was one of the hottest properties around, so if you've been waiting and anticipating the best moment to pick one up, now may be the time to nab a Nokia that packs a lot of nostalgic value.

These lower-priced phones are obviously meant to cash in on folks like me who grew up on sturdy, dependable Nokia tech and find themselves aching for a new line of similar products. You know what? I'm totally in. I may love my iPhone X, but this is the Matrix phone. Mr. Smith could call me on it. And then I'll be jacked in. Don't tell me that's not a fantasy you've had before. HMD Global, the company in charge of Nokia licensing, is doing a bang-up job bringing the name back into the public eye.