How Much Will Sea of Thieves Cost?

Sea of Thieves is a game all about being a pirate, sailing the seas, hunting treasure, and committing acts of piracy, but if you want to play, you need to pay. Knowing how much Sea of Thieves will cost should help you decide whether you want to dive into the rich world Rare has managed to create.

Sea of Thieves is going to be available on Xbox One consoles (Xbox One, Xbox One S, and Xbox One X) as well as Windows 10 PCs. While you can purchase a physical edition of Sea of Thieves for Xbox One, you won’t be able to purchase a physical edition of the PC version. However, because this is a Microsoft title, it will be a part of the Play Anywhere program, which allows you to play on your Xbox One and then shift to a Windows 10 PC and play your save game there (and vice versa), so long as you purchase the digital edition. 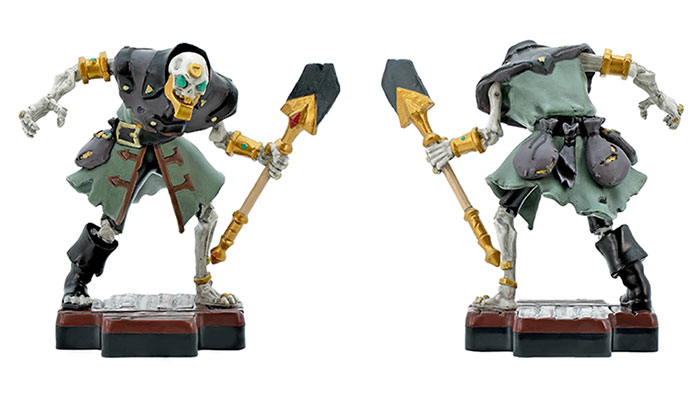 There are also a few Sea of Thieves accessories which are mighty appealing, such as the purple wireless Xbox One controller, the Tale from the Sea of Thieves, and some of the items available on the developers store.

Amazon has its standard offers, the physical version of Sea of Thieves along with the controller.

Walmart follows suit, however it seems they won't be stocking the wireless Sea of Thieves controller.

Best Buy appears to be selling digital versions of Sea of Thieves, which is just a piece of cardboard with a code on the back. This is a good idea if you want to take advantage of the Play Anywhere program.

GameStop lacks the digital versions, but makes up for this with the Black Dog Pack and the Gold Hoarder skeleton figure.

Microsoft is offer the digital version of Sea of Thieves on Xbox One and Windows 10 through their online store. Fairly standard stuff.

This is where it gets interesting! While you cannot purchase Sea of Thieves through the official site, you can support the developers by purchasing some sweet merchanise, such as the Gold Hoarder figurine, a themed gold coin, the Tales from Sea of Thieves which is signed by the devs, t-shifts, and even a couple of hoodies. Keep in mind that Rare is based in Europe, so you'll need to pay the conversion fees if you live internationally.

Sea of Thieves is set to launch sail on March 20, which is delightfully close! There is currently another beta happening for the game, so get in quick while you can, and experience more of Sea of Thieves before the full game launches next month.