Good Shepherd Entertainment and indie developer Italo Games have announced that Milanoir, the pixel-packed action game inspired by some iconic Italian crime movies of the 1970s, will  launch on Nintendo Switch in early 2018. The new gameplay trailer teases Milanoir’s story of greed, betrayal and revenge, influenced by classic Italian films like Caliber 9 and Almost Human. Please take a look.

Milanoir’s pixel art art style showcases the unforgiving city of Milan while a funky ‘70s-style soundtrack further captures the turbulent energy of the era. Shoot, choke and sneak through the violent criminal undeground on a hunt for the man who framed you, surviving awesome vehicle chases and taking out anyone who stands in your way. The game has been designed with the Nintendo Switch in mind, allowing two players to complete its entire campaign in co-op mode on one console with each player using a single Joy-Con controller. Milanoir is also expected to launch on Windows PC and consoles later this year. 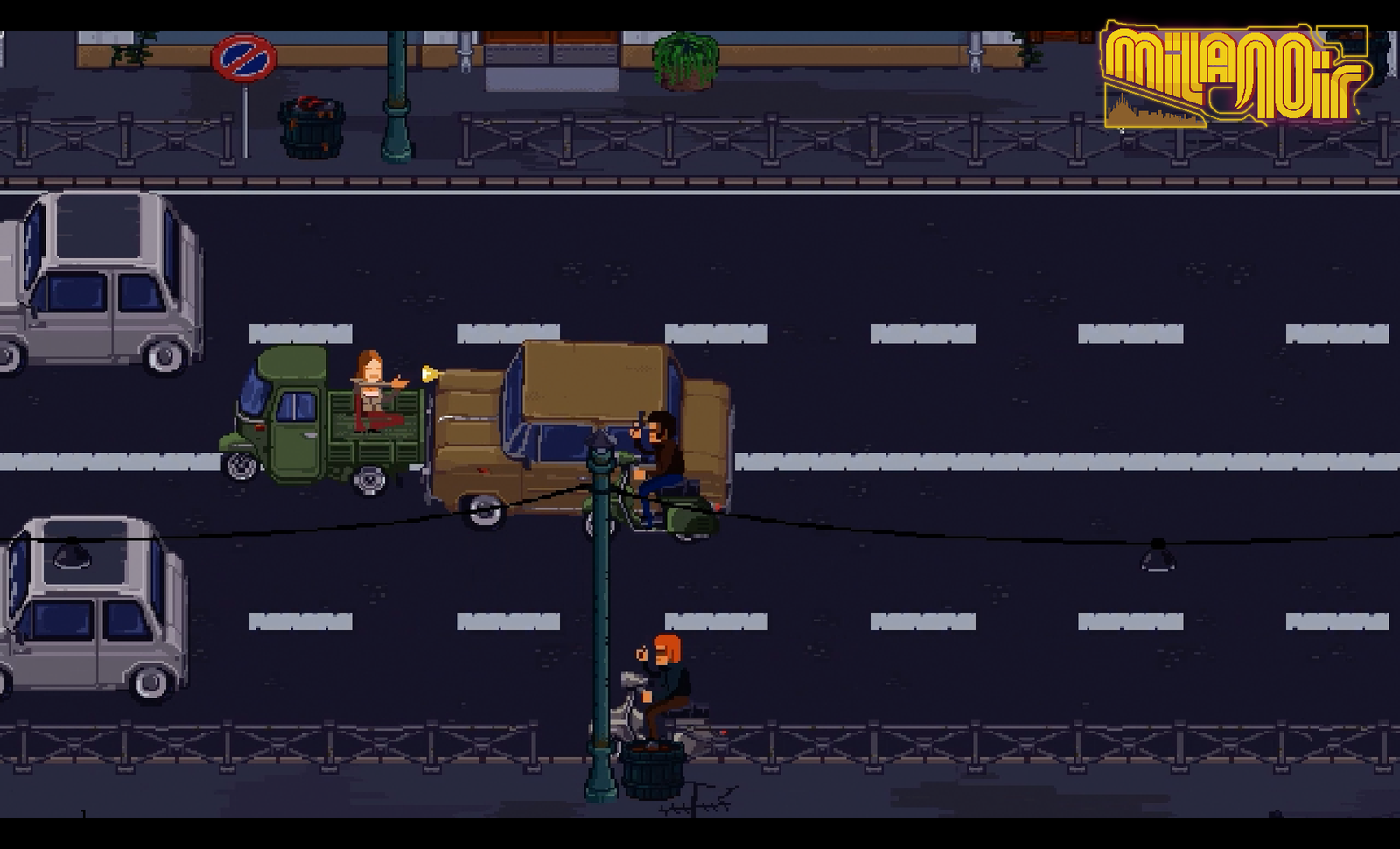