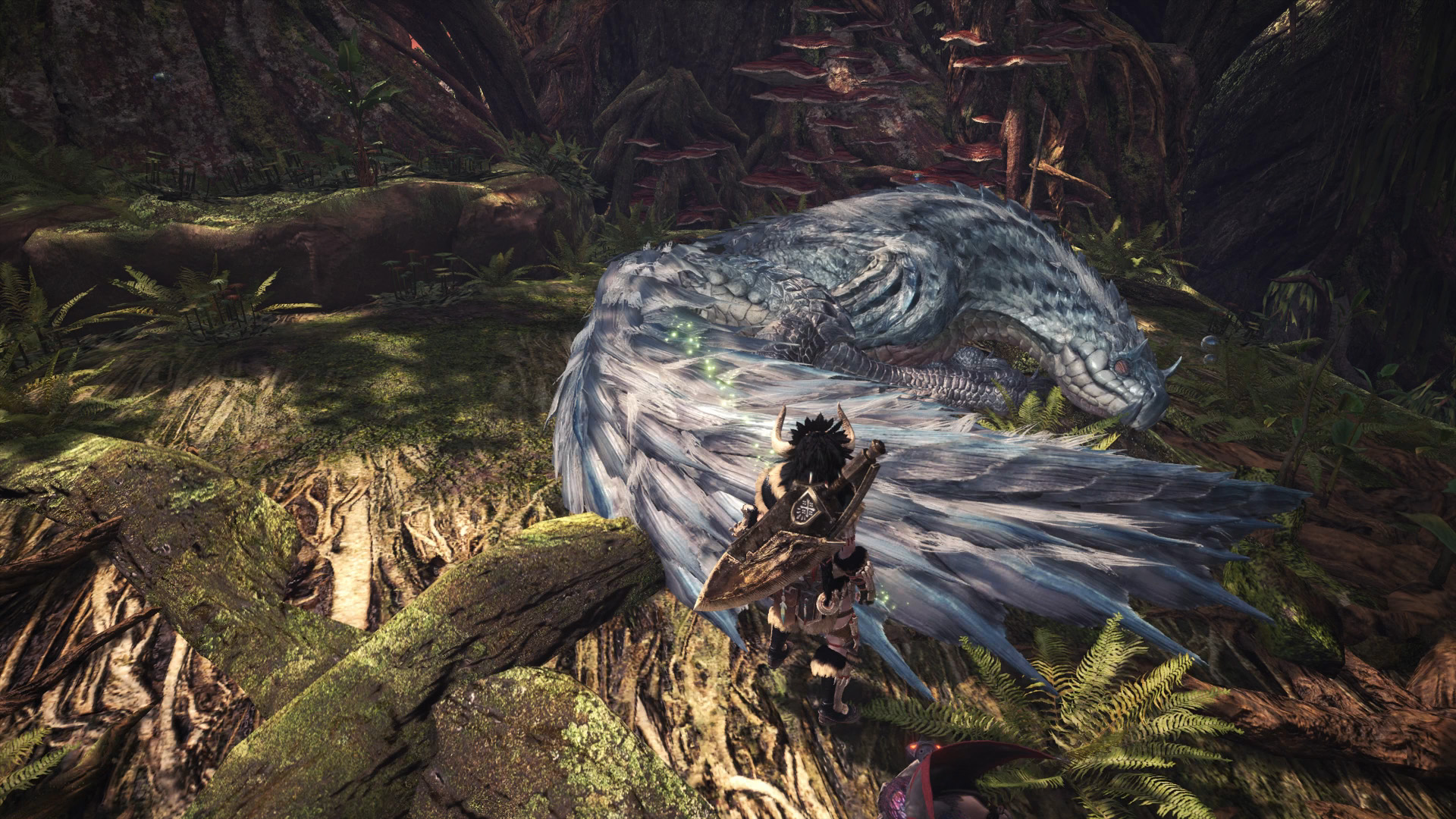 How to Kill the Tobi-Kadachi in Monster Hunter World

The Tobi-Kadachi in Monster Hunter World isn’t typically considered one of the tougher monsters to kill or capture. It’s kind of forgettable until you hear it described as a giant squirrel that can electrocute you and make your hunter vulnerable to subsequent attacks. That description usually does the trick for those that don’t recognize the name, but that still doesn’t help you kill it. 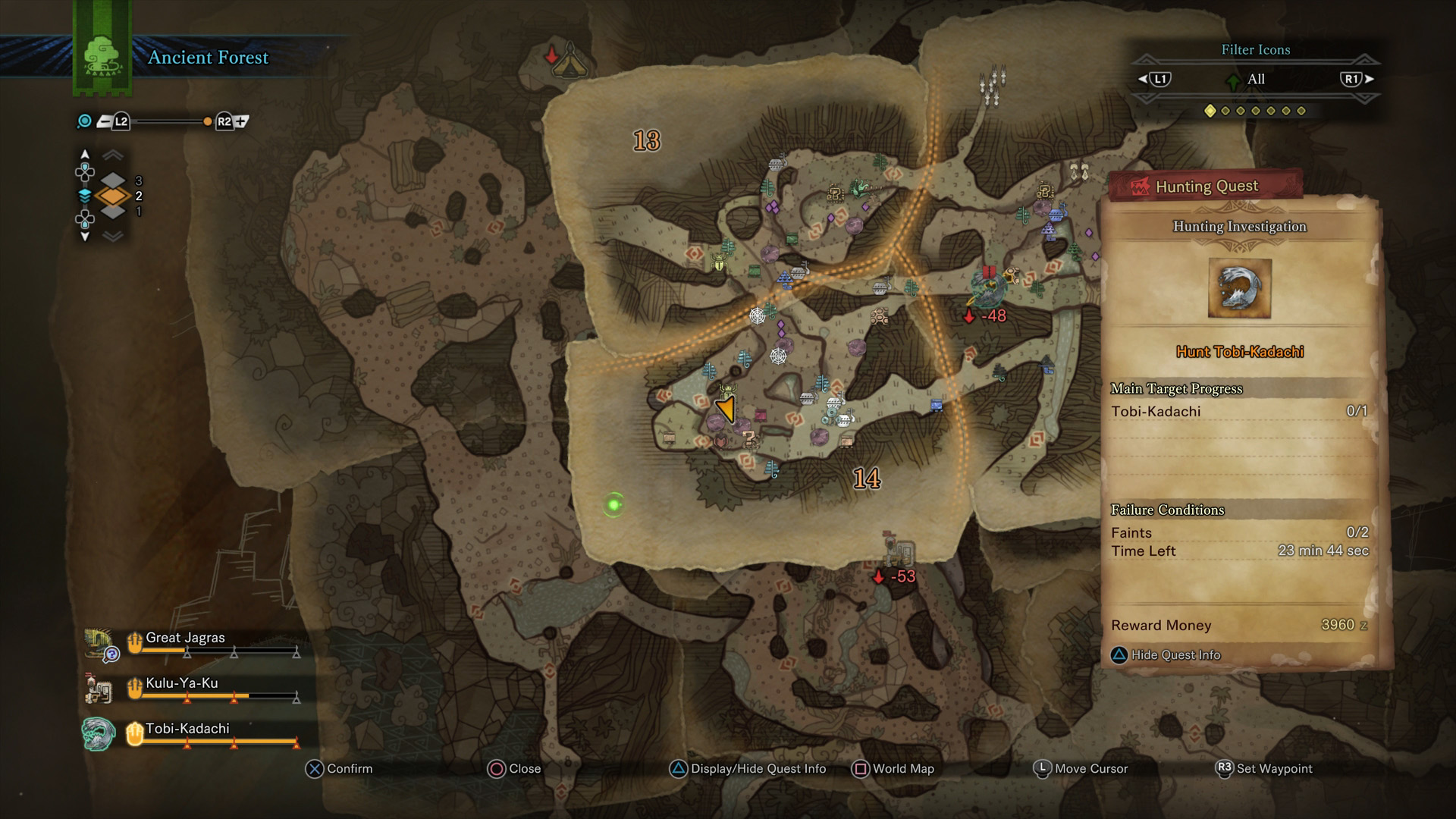 The first step to effectively killing or capturing any monster in Monster Hunter World is to understand both its weaknesses and strengths. Each monster has an entry at the chief ecologist, and in your very own hunter’s notes. This entry is created when you begin to learn about the monster by spotting it, tracking it, and fighting it. If you have not done this, your notes will be incomplete or missing altogether. Luckily, I take great notes.

The Tobi-Kadachi has two main weak points on its body; its head and its tail, with the tail being the more vulnerable of the two. This is represented in your notes using the star system. The two stars for weapons that cut, cause blunt damage, and for projectiles means they each do a reasonable amount of damage. If you look at the Tobi-Kadachi’s tail, however, you’ll see that all three weapon types (cutting, blunt, and projectile) each do three out of three stars worth of damage. When possible, target the tail of this monster over all other parts. 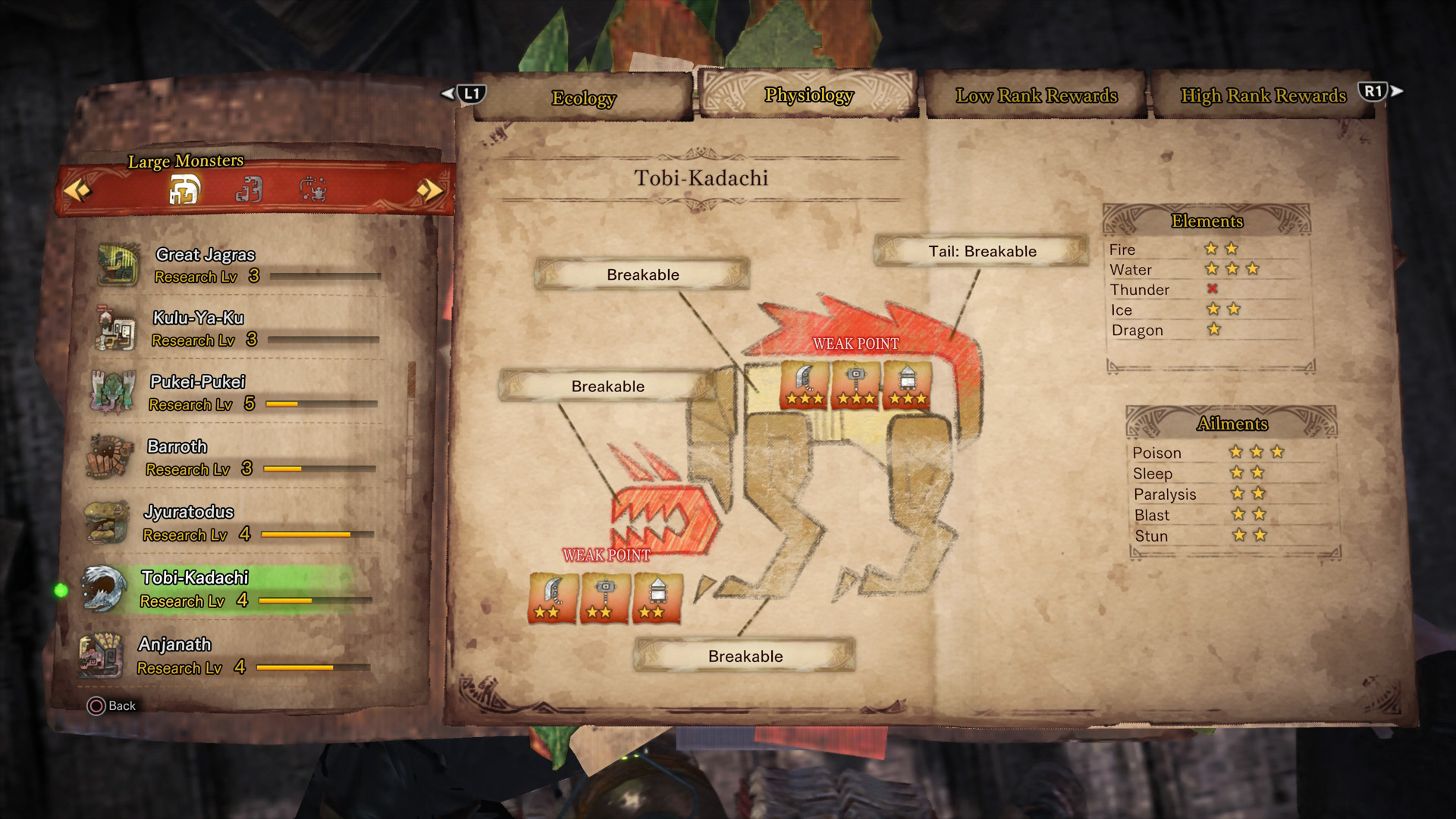 A Tobi-Kadachi also has vulnerabilities to both elements and ailments. It’s vulnerable to Water (3 stars) more than any other element, but you can also hit it with Fire and Ice (2 stars). However, this monster is not at all vulnerable to Thunder, so leave weapons that feature that element at home.

If you’re firing projectiles, you’ll want to focus mainly on hitting the Tobi-Kadachi with Poison first (3 stars), then with Sleep, Paralysis, Blast, and Stun all falling in line behind it (2 stars).

Putting it all together, you’d be best to attack the Tobi-Kadachi’s tail using a weapon that features the Water element, or by shooting it in the tail with Poison. If you do happen to land blows in other parts of the body, the back, head, and legs of the beast can all be broken.

How to Kill the Tobi-Kadachi 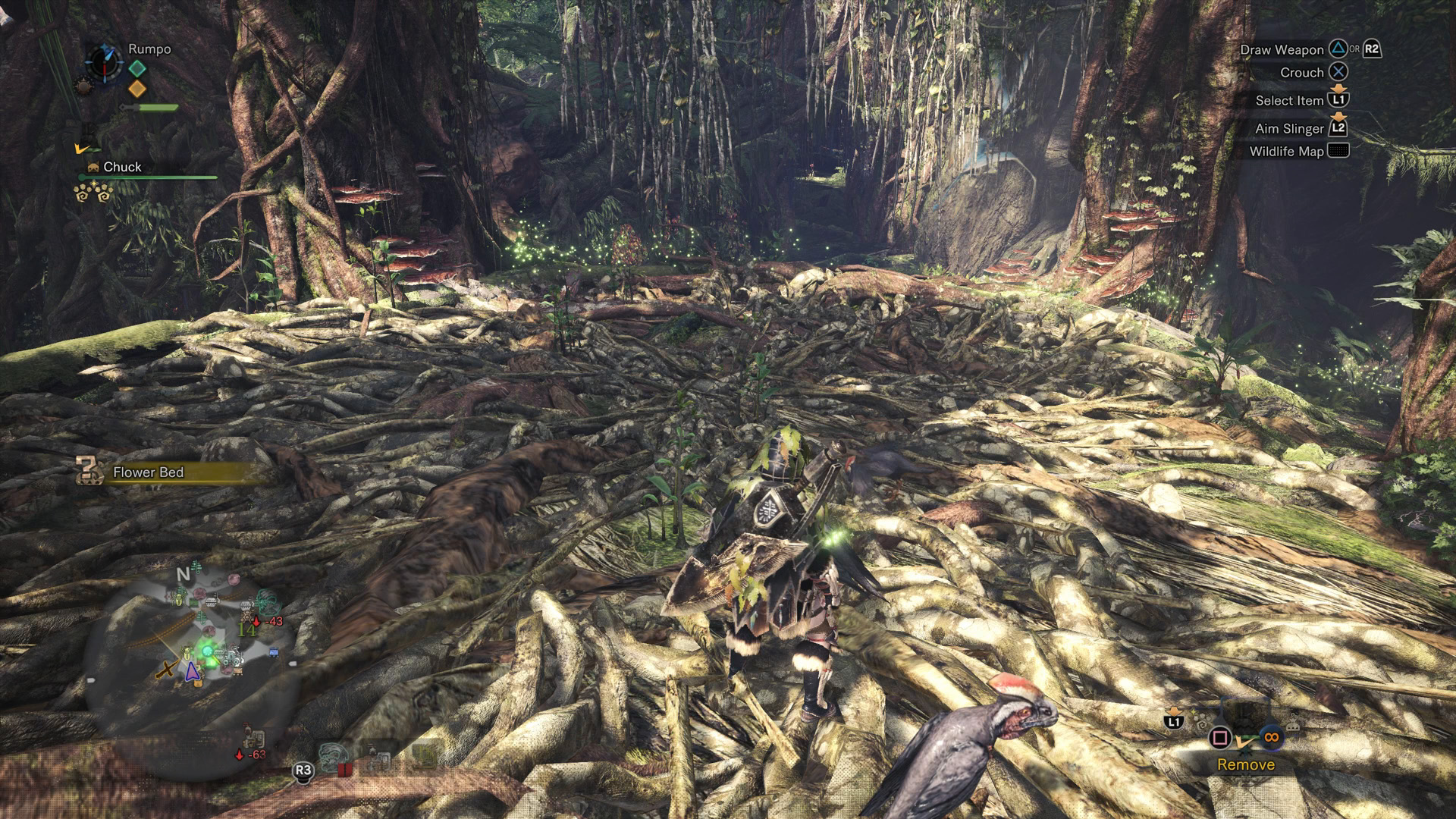 The Tobi Kadachi’s nest is in the Southwest corner of Sector 14 of the Ancient Forest. You can often find it moving between this point and various surrounding paths. Because it likes to move around an area of the map that features a lot of vertical space, it’s easy to perform jumping attacks to try and mount the beast.

Because the Tobi-Kadachi has a long tail like a squirrel, your primary focus should be to avoid attacks from this part of its body. It will swing its tail while you’re back there trying to cause damage, often electrocuting you and making you vulnerable to future attacks. If it looks like your character is being electrocuted, try using a Nulberry to remove this debuff.

Being squirrel-like, the Tobi-Kadachi also enjoys climbing objects, then vaulting off in a WWE style top rope maneuver. This can be hard to track so, if you see the monster jump, start rolling away to make yourself a more difficult target to land on.

The best way to fight the Tobi-Kadachi, or any monster for that matter, is in a group. When the monster is focused on one hunter, sneak in and try and perform a combo on its tail. When it focuses you, get busy evading attacks and let another member of your team get some damage in. Before too long the Tobi-Kadachi will be dead and you’ll be harvesting all the goodies to craft some new armor.

Shacknews can help you with any part of your journey in Monster Hunter World, including killing each of the beasts that you’ll find on the path.