In a bit of news you can only drop into the "how in the world did this happen" pile, Microsoft allowed someone to add a pretty heinous game to the Xbox Store. A popular YouTuber made headlines when he published a video where he found a deceased person in Japan's Aokigahara Forest (also known as Suicide Forest). The game in question was a parody of that encounter and the media uproar that but has been removed.

YouTuber Logan Paul and his team recorded, edited, probably re-watched, uploaded, and published the video with a thumbnail that originally included the person's uncensored body. He says it was a mistake he made in the moment and he didn't know what he was doing, though. He's on an apology/pity tour currently. VG24/7 reported that the game, called The Suicide Forest, was found in a space where titles without current concept approval or certification from Microsoft exist. With that established, it's likely The Suicide Forest wouldn't have to earn that certification or approval.

Twitter user Bearskopff, who's the Global Community Manager for TTGames (maker of LEGO games), published some screenshots from the storefront on his account. One of them included the game's description:

Playing as vlogger, you are going to explore the Aokigahara forest searching for bodies in order to get millions of views for your channel. The forest is full of dangers, so you gotta be careful, otherwise, you may become one of the bodies you came to film. 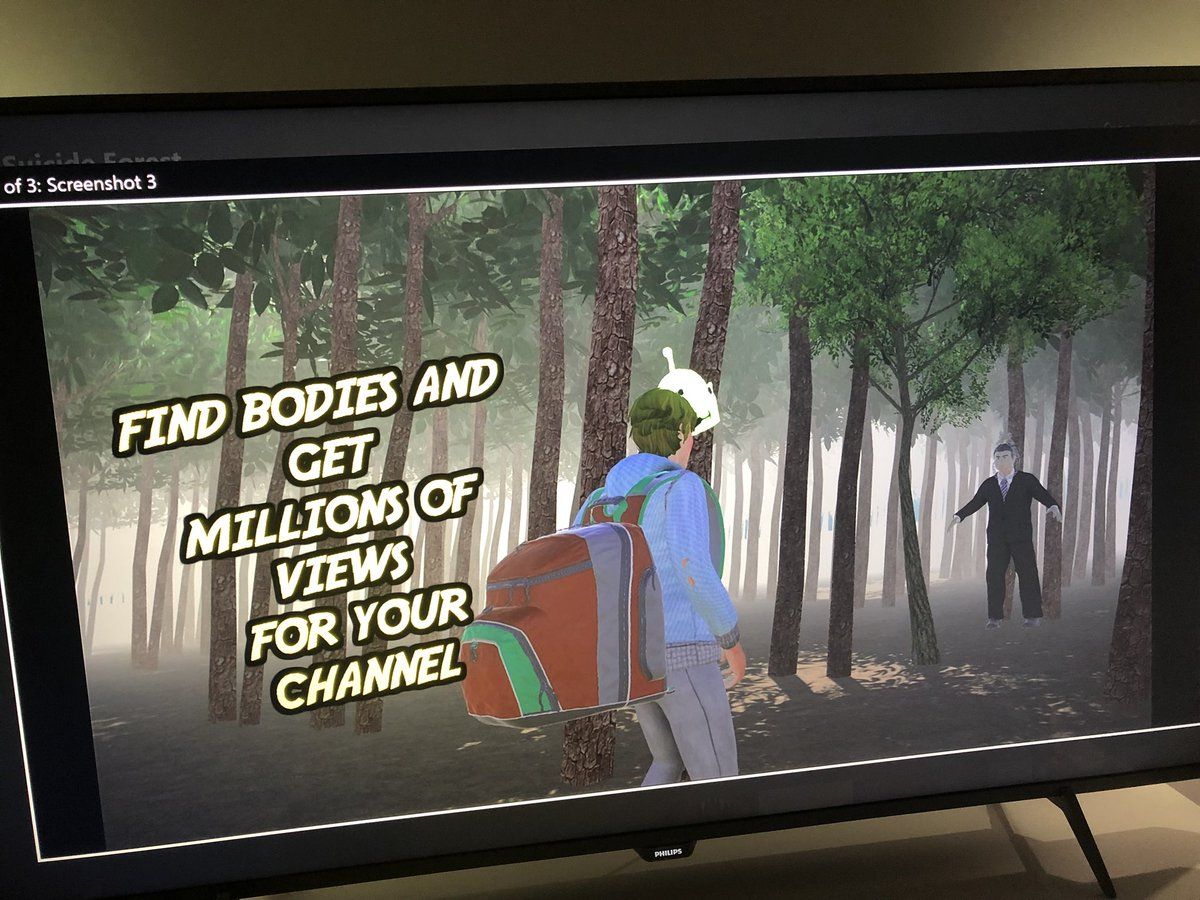 Bearskopff also points out that the game had a rating of PEGI 3, which describes the labeled content as such:

The content of games given this rating is considered suitable for all age groups. Some violence in a comical context (typically Bugs Bunny or Tom & Jerry cartoon-like forms of violence) is acceptable. The child should not be able to associate the character on the screen with real life characters, they should be totally fantasy. The game should not contain any sounds or pictures that are likely to scare or frighten young children. No bad language should be heard.

While this is obviously not a valid description of the included content, again, I must remind that the game was found in a space with games that haven't received approval or certification.