Assassin's Creed Origins - How to Start The Hidden Ones DLC

Assassin’s Creed Origins has received its first piece of DLC, The Hidden Ones, and would-be assassins are diving at the chance to unravel more plot and intrigue in ancient Egypt. But before you can start unlocking new armor, weapons, and reaching new levels, you must first start The Hidden Ones.

How to Start The Hidden Ones

Before you can begin playing The Hidden Ones, you will need to ensure you have it purchased and downloaded. If you’re not sure whether you own the DLC, go to the store on your console and check whether it has been purchased, or check your recent download history.

Once you have successfully installed The Hidden Ones, you will need to load up (or reboot) Assassin’s Creed Origins, depending on whether you were playing at the time of download. If you’re already playing, you may be prompted to return to the title screen. 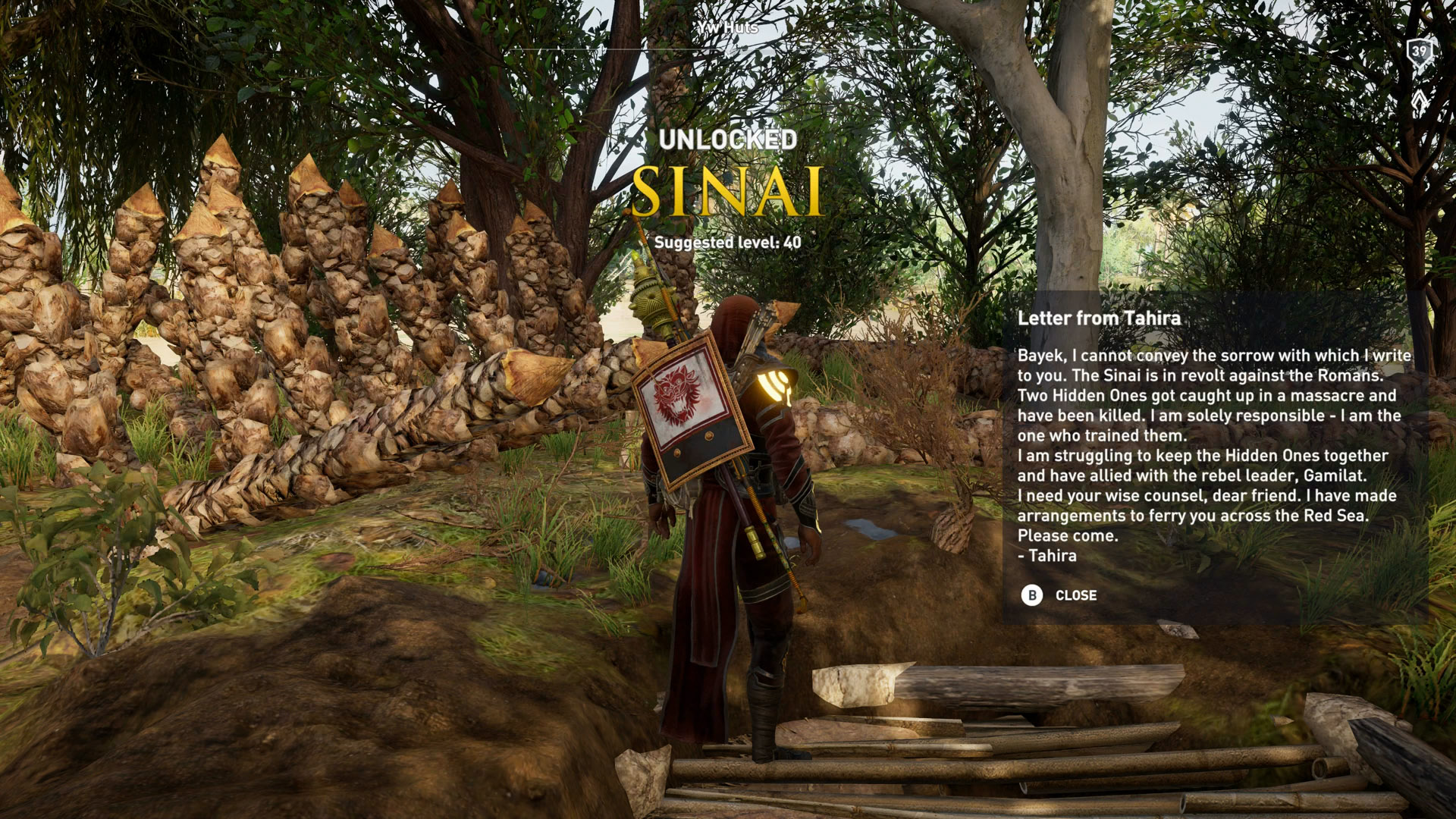 Load up your game save and you’ll immediately receive a Letter from Tahira in your inventory and Assassin’s Creed Origins will inform you that Sinai is now available, as is The Hidden Ones content. Keep in mind this is end-game content and it’s advised that you reach Level 40, though you can get away with being a couple of levels below. 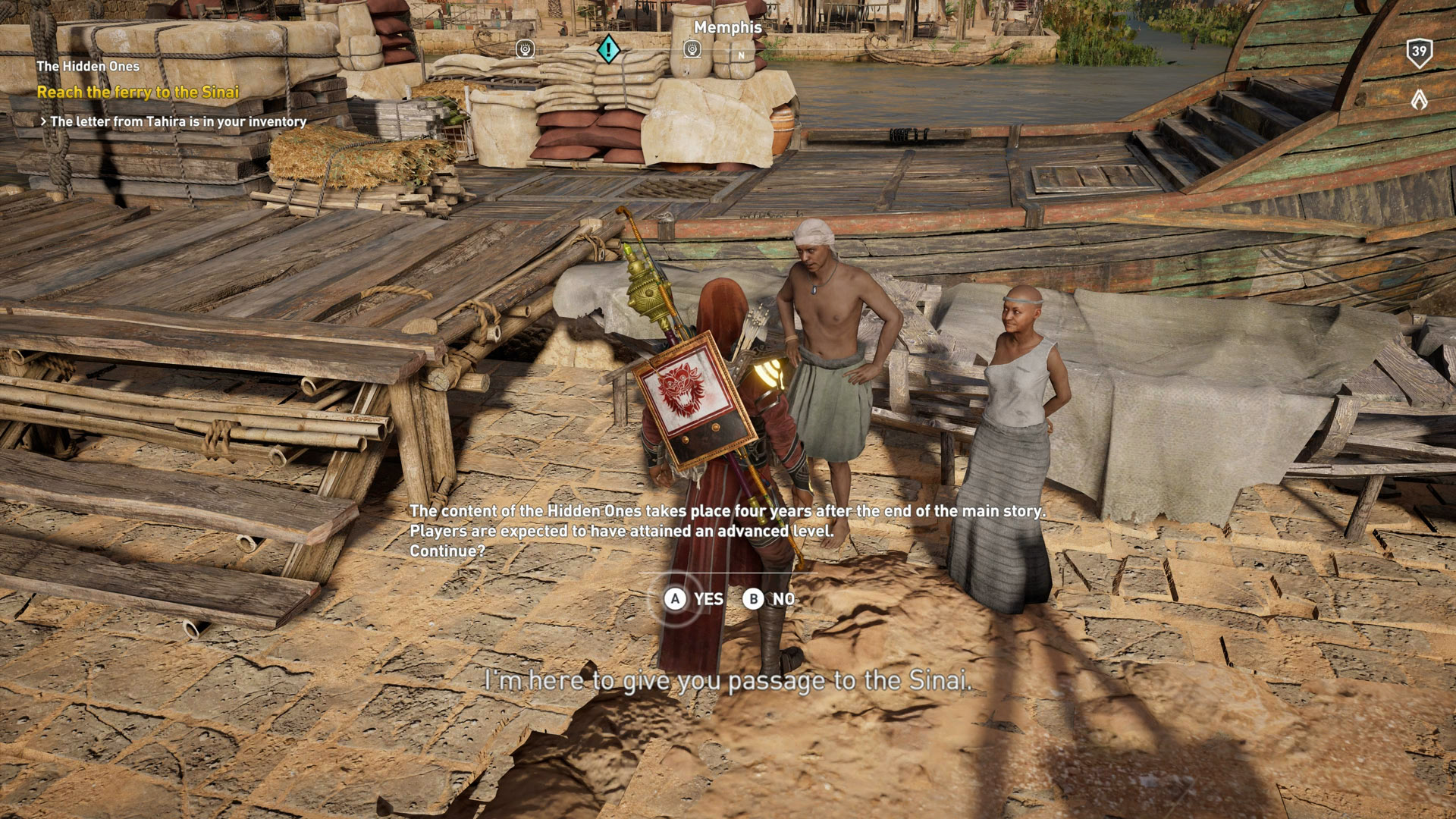 With that sorted, you can open your quest log and track the Main Quest called, “The Hidden Ones”. This is a Level 38 mission that begins in Memphis near the docks. Upon talking to a man, the game will prompt you that this takes place four years after the conclusion of the main story, so it’s a good idea to have at least completed the storyline before continuing.

When you reach Sinai, the only way to get back to mainland Egypt is to use the new Atlas feature in the map menu. Good luck out there assassins! Check back with us as we cover the release of The Hidden Ones. In the meantime, take a look at some of our other Assassin’s Creed Origin guides, such as all tomb locations and the Incoming Threat side quest.