There are a lot of collectibles to find in Assassin’s Creed Origins, and a lot of places to visit, but one that offers the most immediate reward are the Hermit locations. Though there are only five, each Hermit locations grants you an ability point – so long as you can find the right place to sit.

The five Hermit locations are fairly easy to find, but some can be tedious to reach, such as the one in the Black Desert. It’s a good idea to spend some time uncovering the map and unlock fast travel points before you hunt down the Hermit locations. 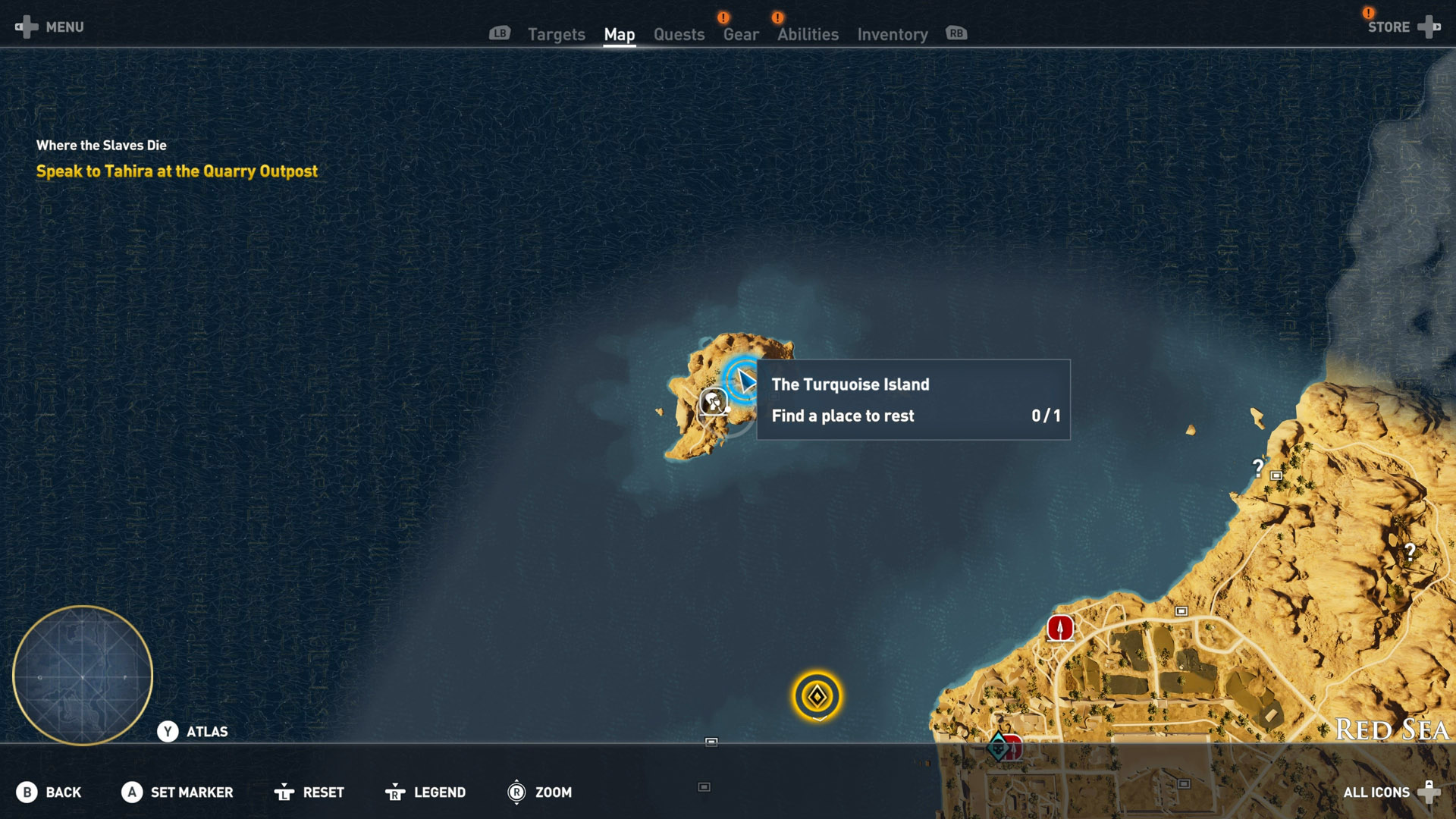 One of the first Hermit locations you can found is out in the Red Sea in the north. This little island has a few treasure to find. You can either save this island until later in the story, or make your way there, avoiding the high-level enemies. 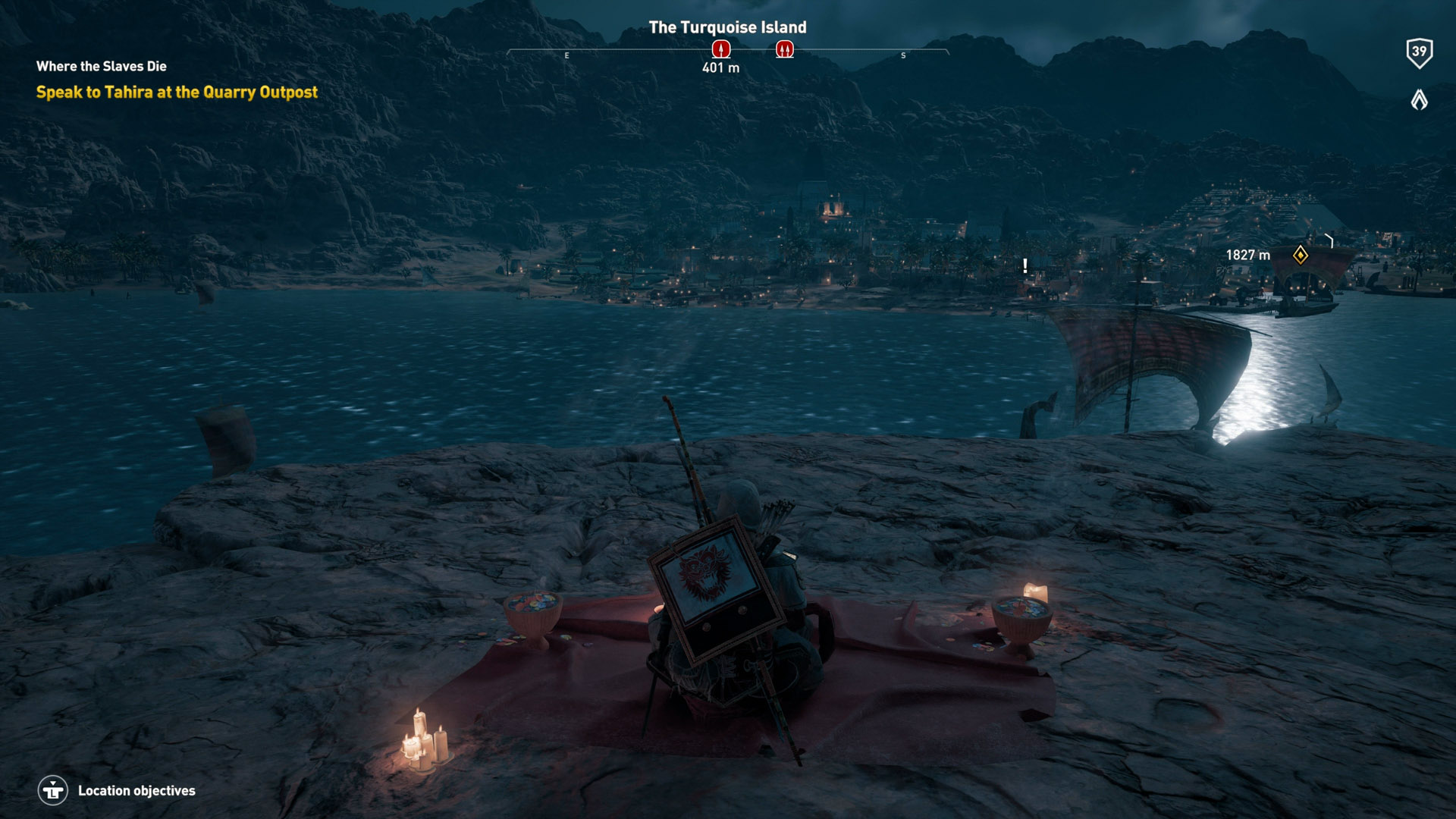 The hint is inside the cave on a table and reads: “One needs to detach oneself from society to find one’s true self. The mind is elevated through contemplation of the flow of nature intertwined with humankind’s creations.” The resting spot is at the very top of the island, overlooking the Red Sea. 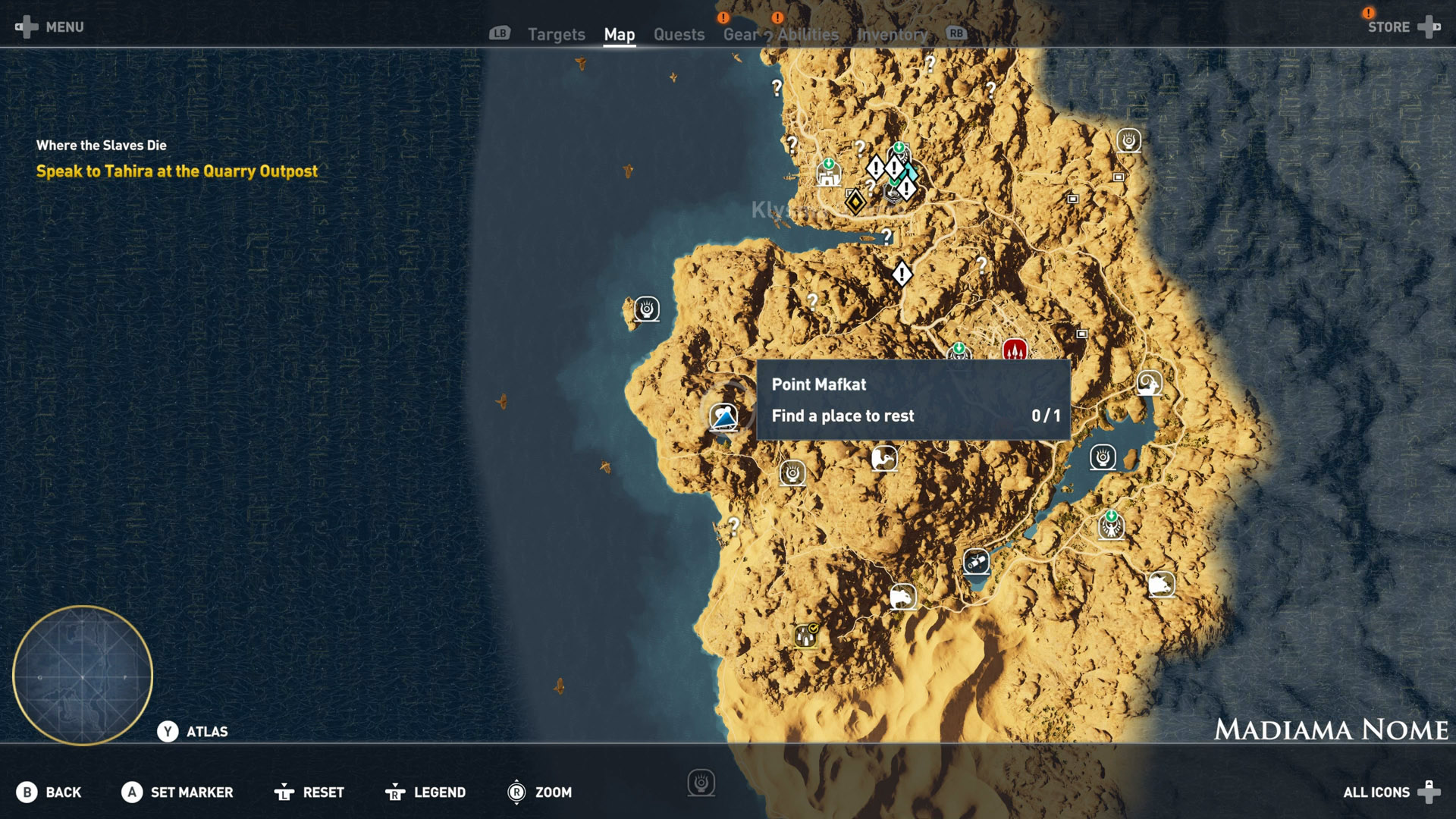 Another Hermit location in The Hidden Ones can be found in Madiama Nome, at the top of the mountain close to the ocean. You can reach this place by climbing up from the sea or heading through the winding pass in the mountain. 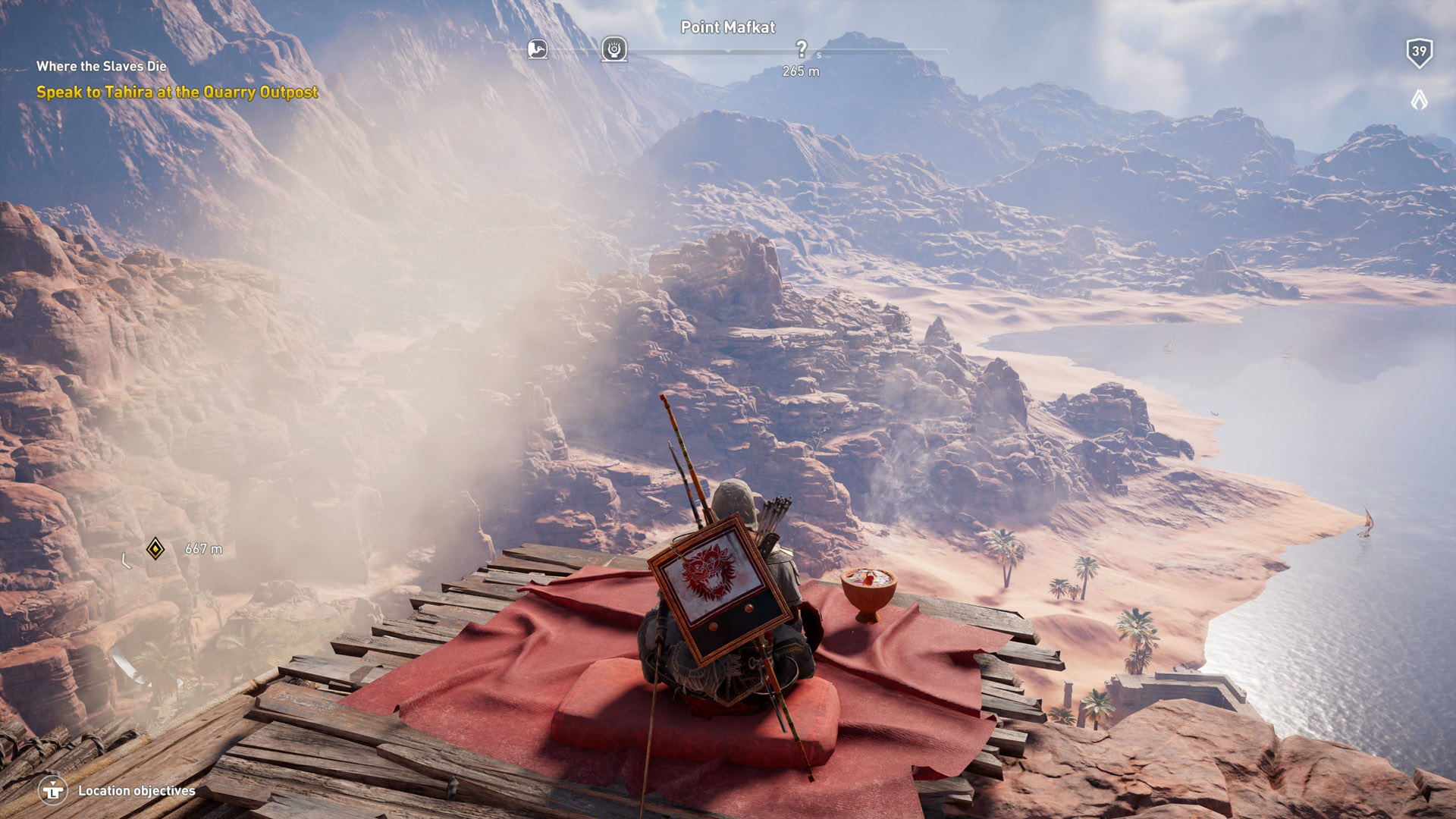 The hint can be found on the floor near the tent and reads: “When dark thoughts weigh upon me and the spirit of Set invades my dreams, I have discovered that an afternoon spent contemplating the vast landscape brings the spirit of Osiris into my ka, and once again ba and ka are in harmony.” The resting place is out on the wooden boardwalk overlooking the area to the south. 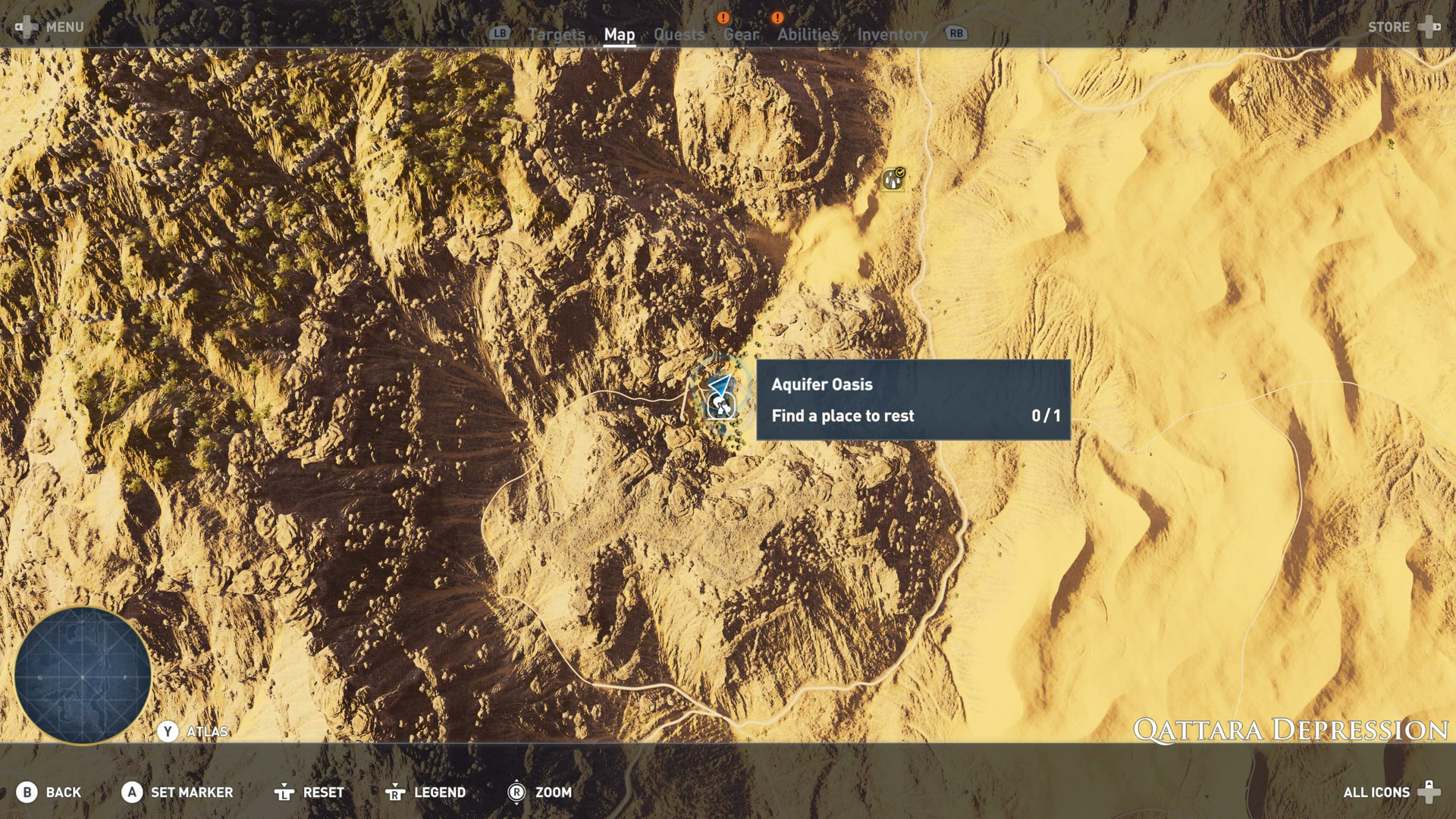 There is a Hermit location you can find in the Qattara Depression called Aquifier Oasis. If you’ve already found all the Stone Circles in Assassin’s Creed Origins, you can easily find this by going just south of the Osiris Stone Circle. 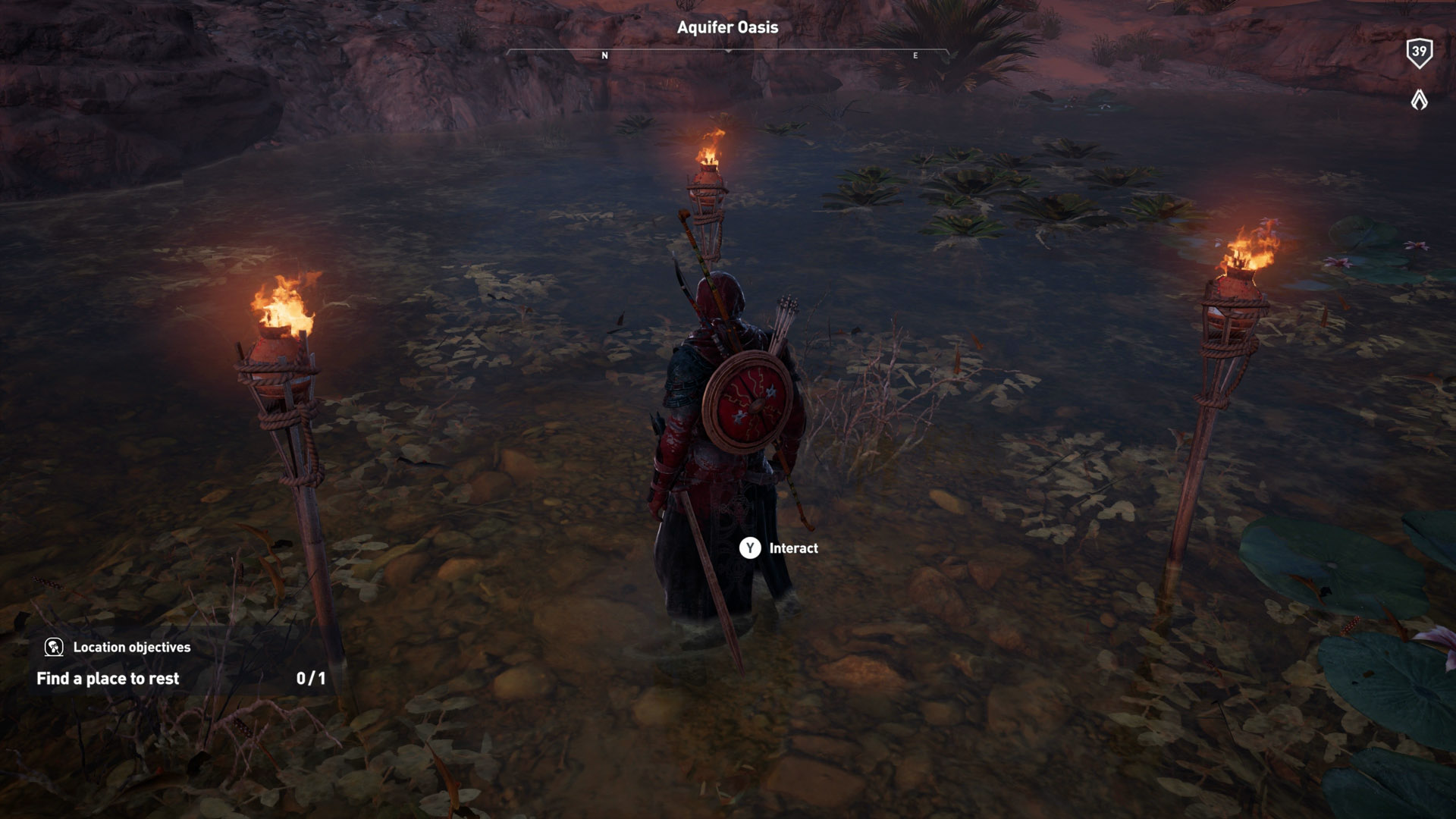 You can find a hint in the tent by the water, which reads: “Pure water. Pure power. Something in the two are connected.” To find the resting spot, head to the water and look for the three torches. Sit in the middle of the torches to receive your free ability point. 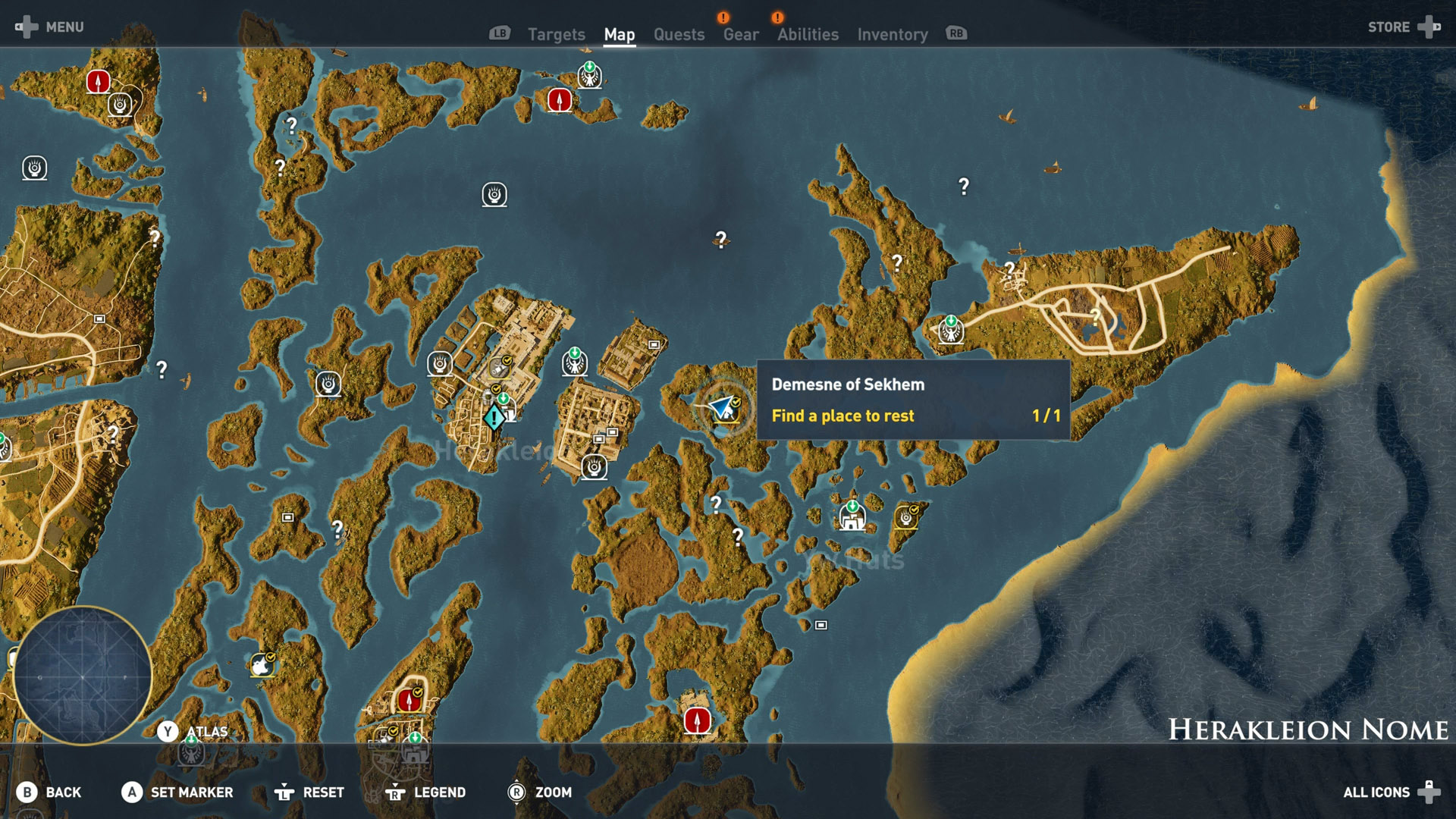 To find this Hermit location, travel to Herakleion Nome and head east. You will need to cross a river to reach the closest and largest island. On this island is a run-down hut by itself. 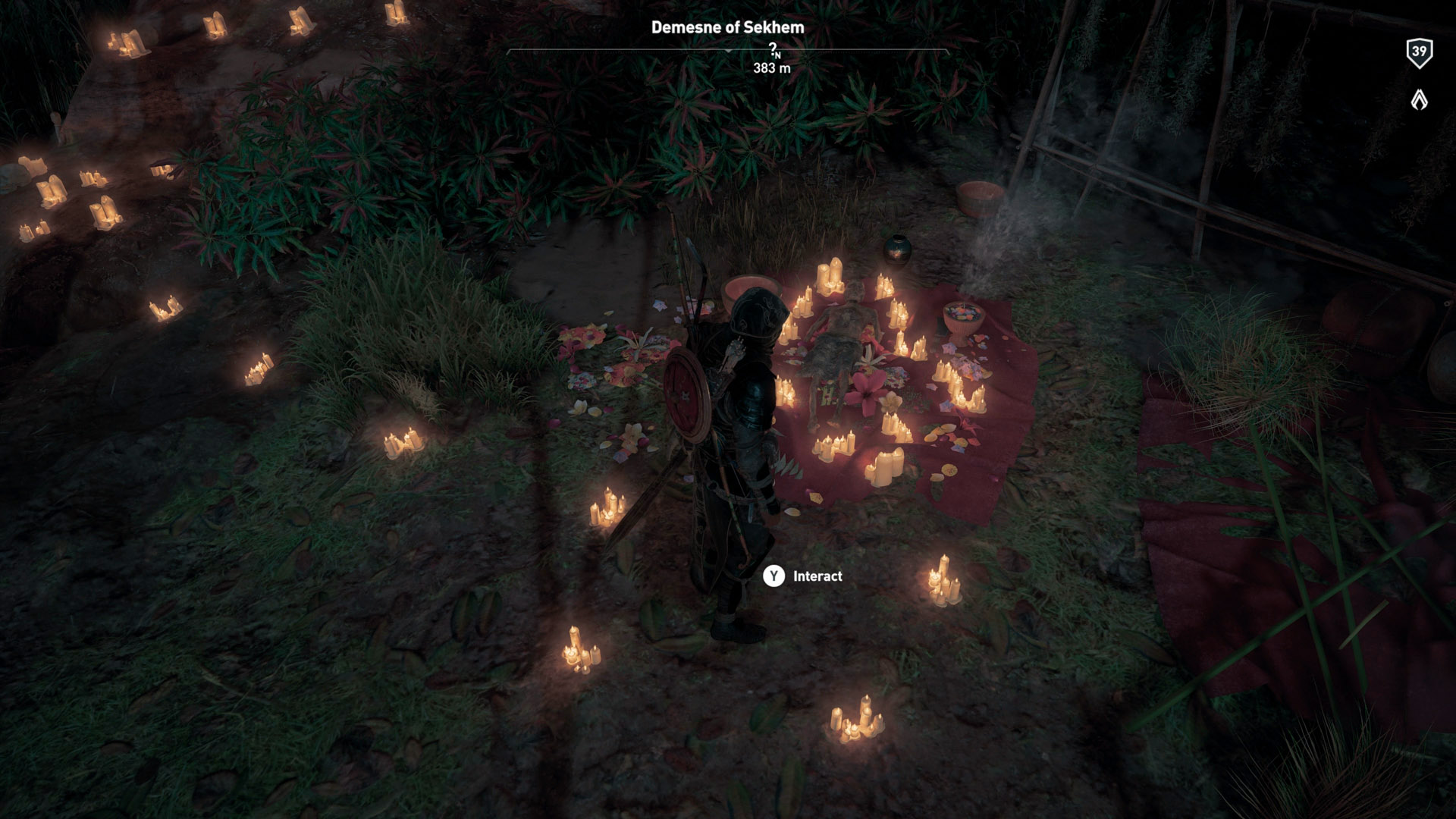 The hint can be found in the hut and reads: “My house is now one for the travellers. Share your stories with me to grow your soul.” You can rest and gain an ability point by finding the dead body outside, near all the flowers and candles. At the body’s feet are a collection of candles, stand in the middle and interact. 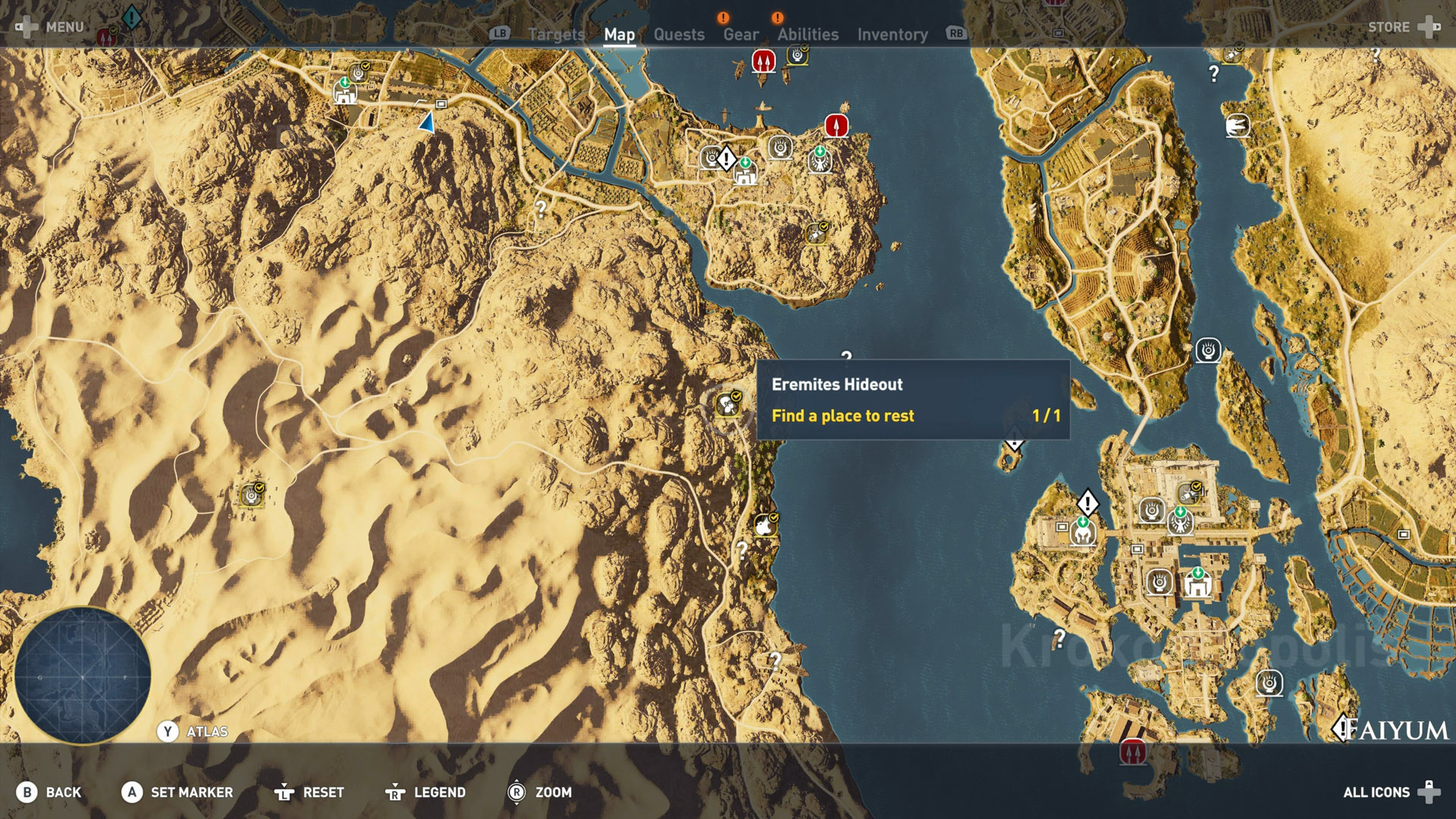 The Hermit location in Faiyum can be found directly across from Krokodilopolis, and to the south of Euhemeria (a small city on the western bank of the Faiyum body of water). The Hermit location looks like it might have been a stone temple at some point. 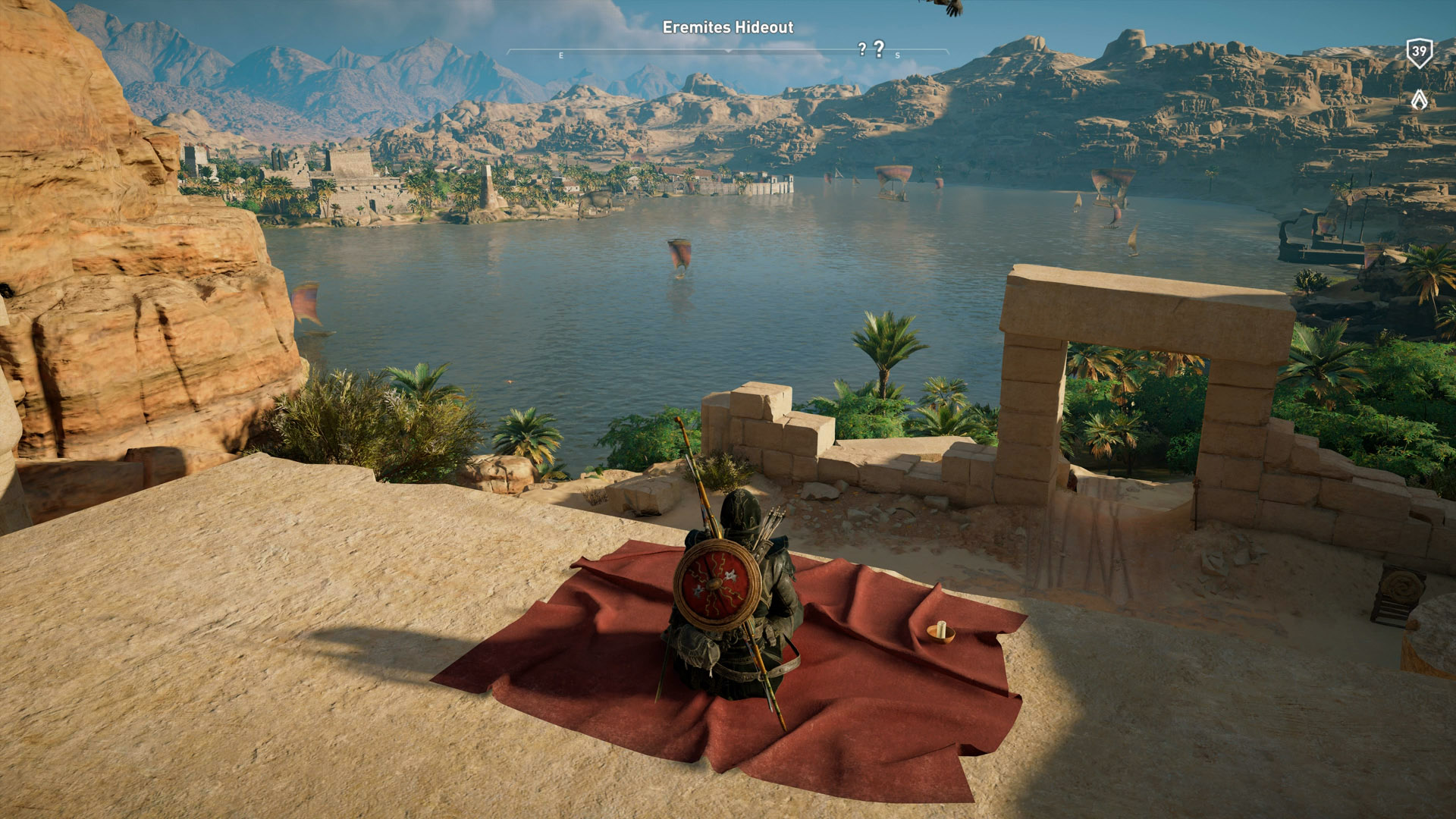 You can find the hint up the stairs and to the left, close to an archery target. It reads: “My secret to make getting ahead is simple. I but rest on the gods’ shoulders” To find the resting spot, look for the two large statues of pharaohs. Climb the statues to reach the sandstone block above them, which is where you’ll find a red piece of fabric to rest on. 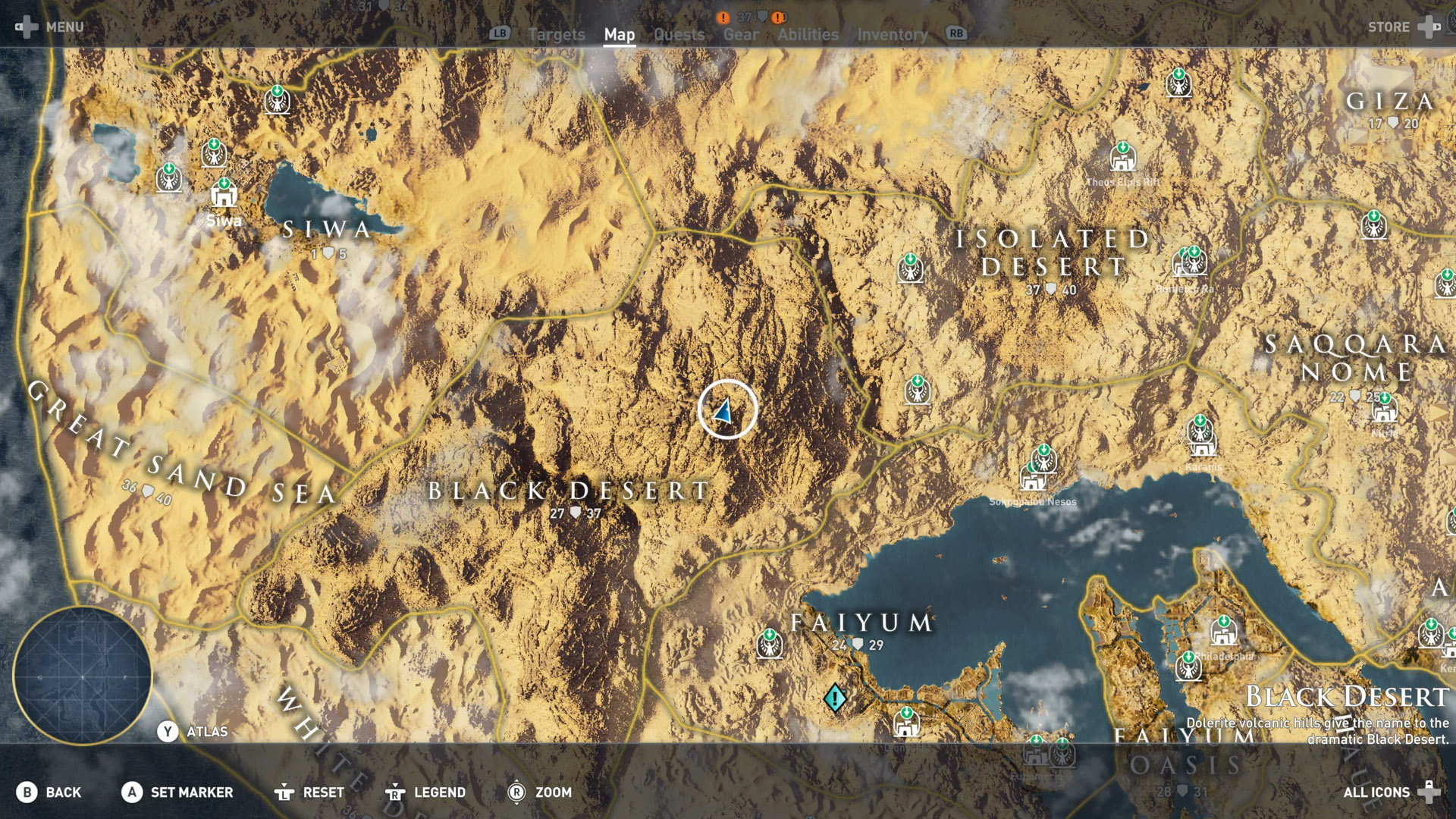 This next Hermit location is located at the very top of a large mountain in the Black Desert, close to the east near the Isolated Desert boarder. Making your way to the top of the mountain will also unlock the “I Can See My House From Here!” Achievement. Unfortunately, there aren’t any fast travel points in the Black Desert, so you might have a long way to ride. The best fast travel point to use is the one in the south-west of the Isolated Desert, from there, travel west. 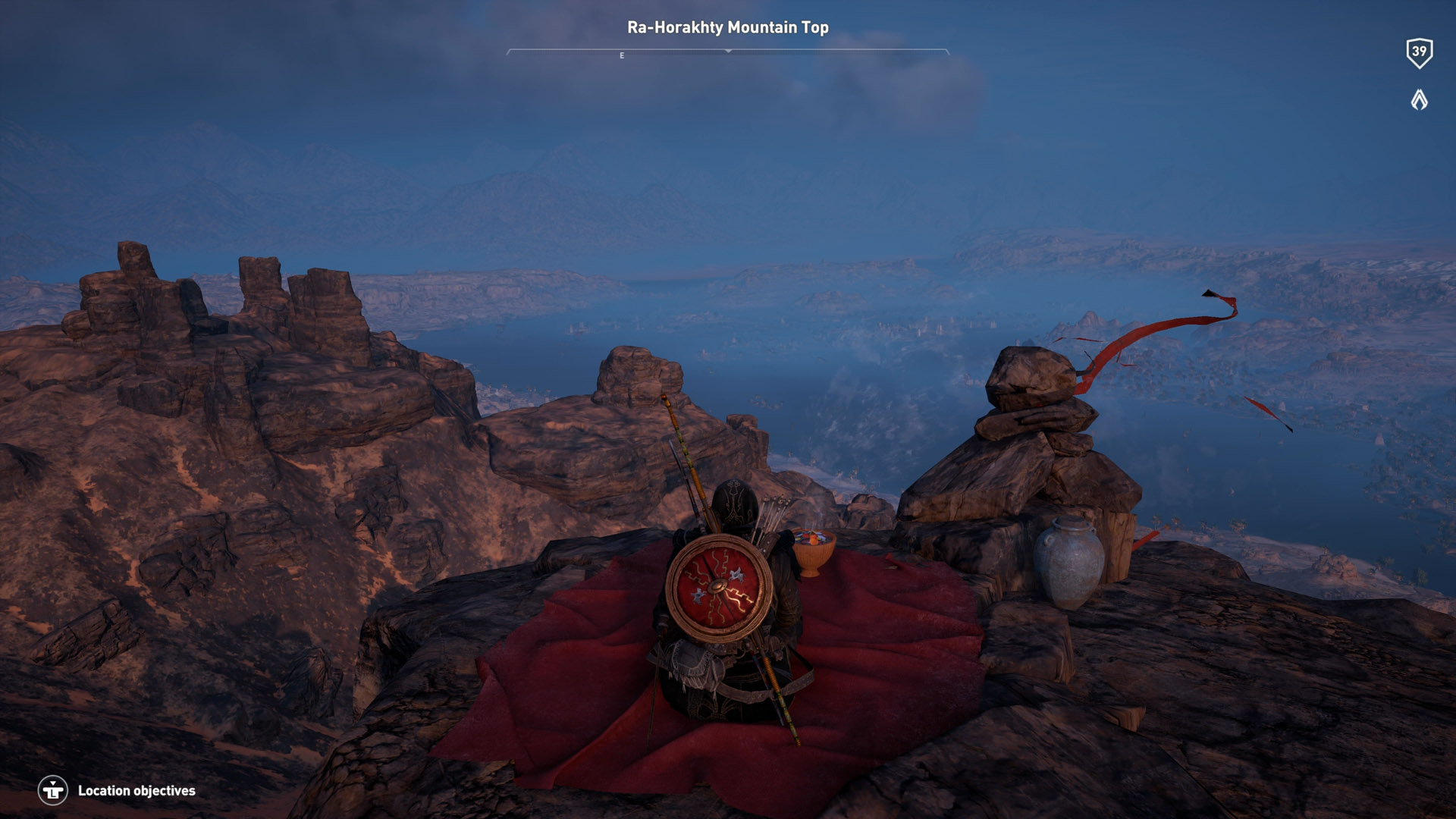 The hint can be found just near the broken boardwalk at the top of the mountain and reads: “If you look at the vastness of the world, or even the majesty of these mountains you realize something… I am but a grain of sand, but I am part of it all.” To find the resting spot, follow the cairns with the red ribbons further up the hill – look for the red cloth and interact with it. 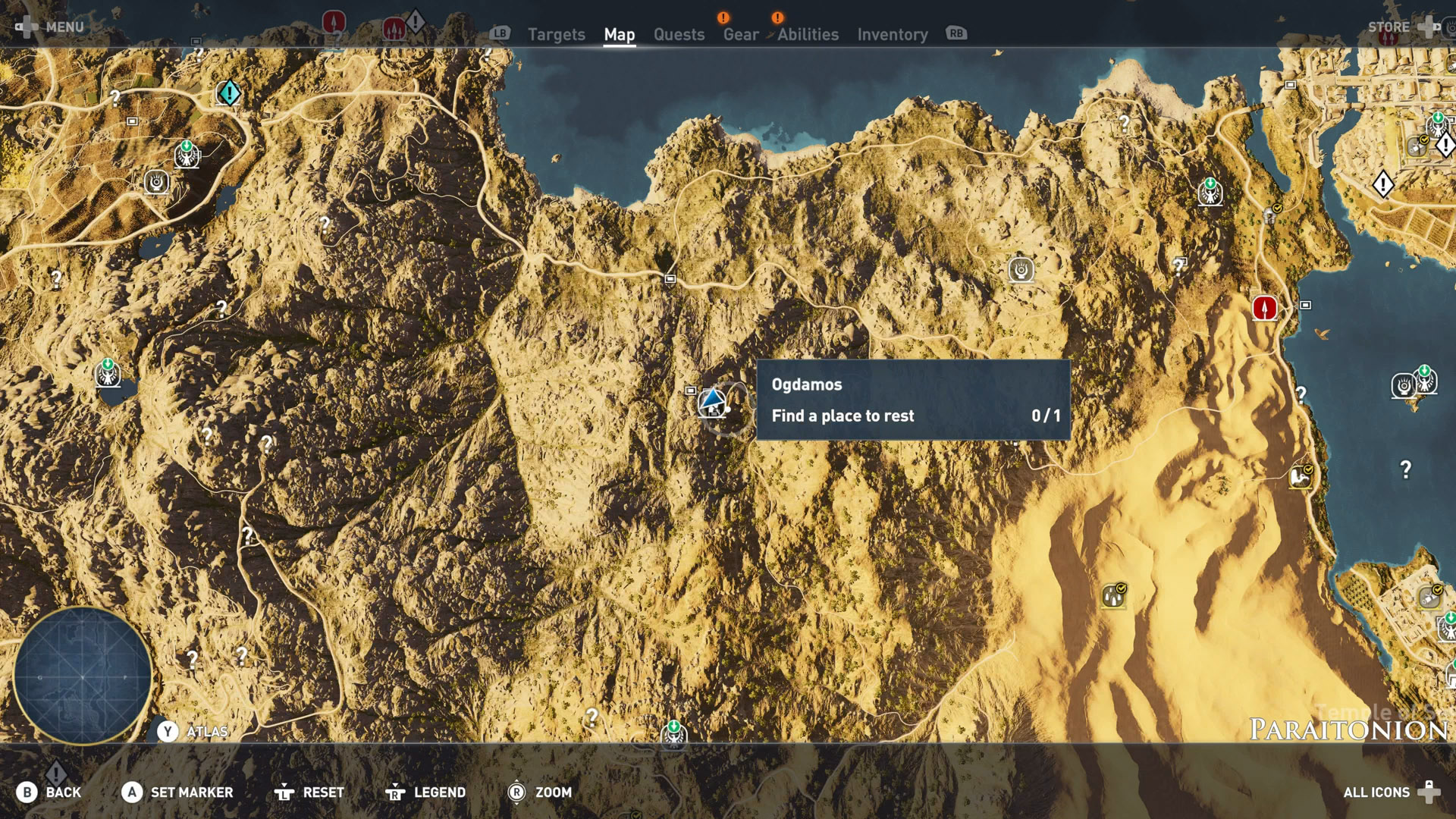 The final Hermit location can be found in Paraitonion, relatively close to the center of the area. The easiest way to find it is to use the only fast travel point in the region and travel straight north. 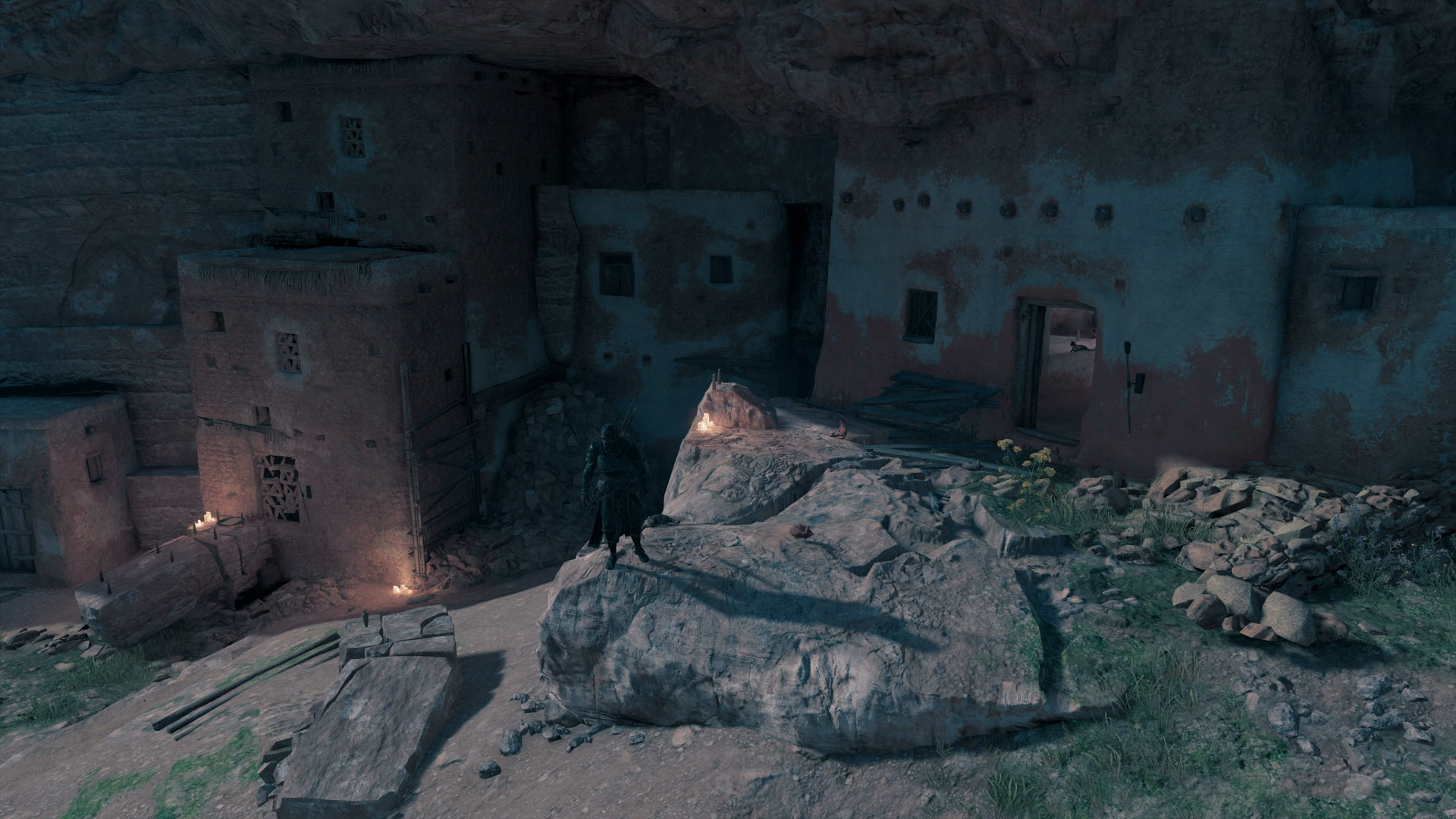 The hint is outside one of the hovels and reads: “This village has been reclaimed, finally, by the most sacred of animals. Uniting with that animal allows one to truly channel true might.” The resting spot is further up the stairs from the hint, look for the candle and enter the nearby house to find a carpet to sit on.

Resting at all five Hermit locations in Assassin’s Creed Origins rewards you with the “Words of Wisdom” Achievement. If you’re looking for some more ability points to flesh out your ability skill tree, it’s certainly worthwhile finding all the Hermit locations.

Be sure to check out our Assassin’s Creed Origins guide on the Sundial Puzzle as well as the location of all the tombs in the game.