Company of Heroes, a military RTS from Relic Entertainment, is one of my favorite game franchises ever. The squad-based conflicts strike a perfect balance between resource management and combat, staying away from the more meticulous experiences you'd find in Age of Empires or Total War. Ancestors Legacy embodies the same scale and resource management of Company of but trades bullets for arrows with a focus on medieval Europe. I got hands-on with it at PAX South 2018 and, not only did I find it to be a lot of fun, I can't stop thinking about it well after PAX has ended. 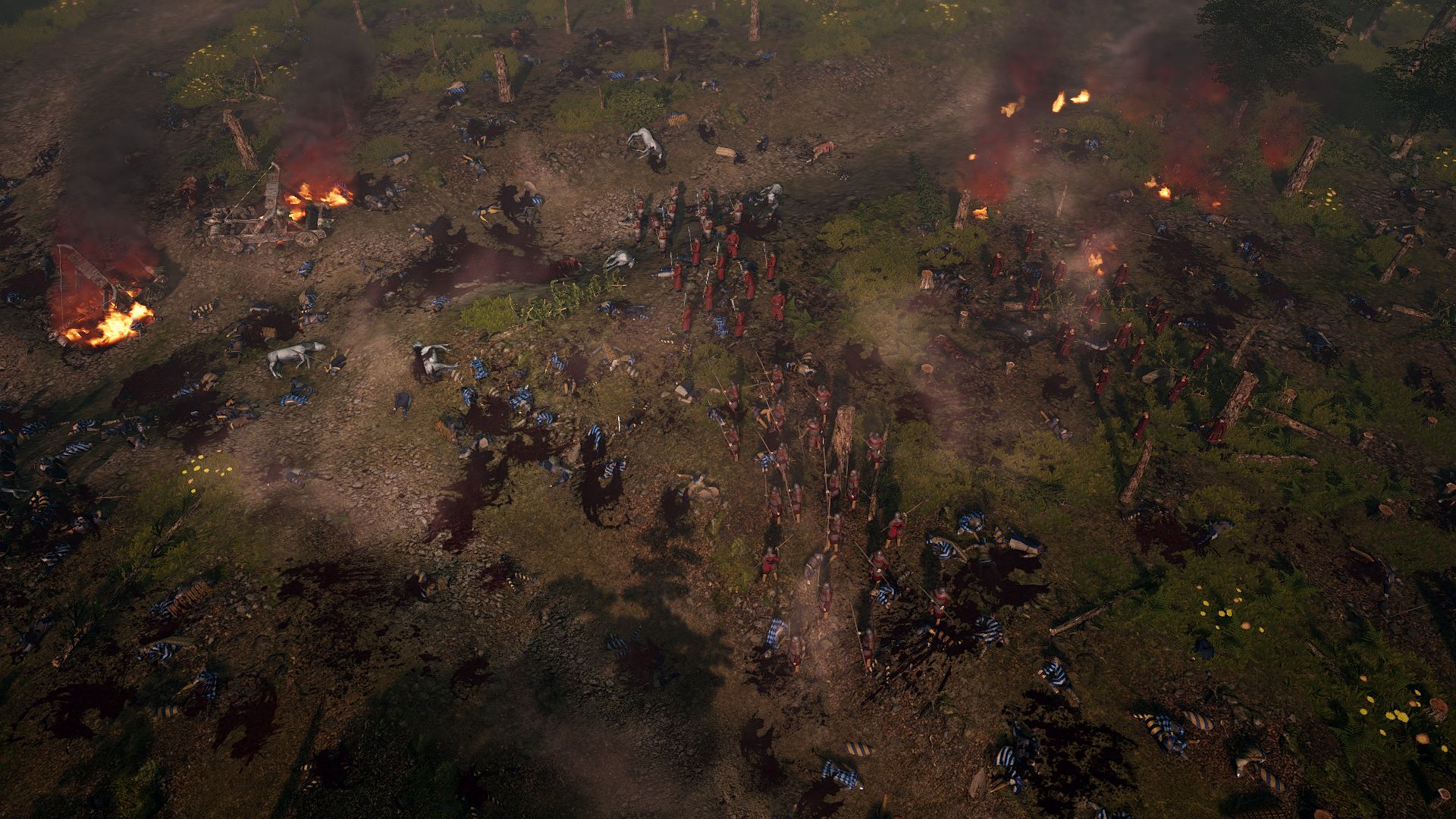 Before dropping into Ancestors Legacy, I spoke with one of the devs about what he and the team were crafting. I opened by telling him that I was a fan of Company of Heroes, as I clearly saw its influence on Legacy, and the developer was pretty excited that I already had a solid understanding of what I'd be getting into. I didn't have enough of an understanding to save me from the jaws of defeat, but more on that later.

Ancestors Legacy will give players an opportunity to control Viking, Anglo-Saxon, German, or Slav units in a single-player campaign or against opponents (AI or player-controlled) in multiplayer conflicts. In multiplayer, matches can be 1v1, 2v2, or 3v3 and will allow for a mixture of controlled or AI players. The single-player campaign is an extensive experience with levels inspired by historical events, but I only had time to check out the multiplayer.

I was paired up with a young lady that was testing out Re-Legion, a sci-fi RTS title from the same publisher as Ancestors Legacy, 1C Publishing. She was a fellow fan of the genre and we were both pretty excited to give Ancestors Legacy a shot. Beside the keyboard and mouse setups was a pretty stout manual explaining how the game worked. For time's sake and due to both of us having previous experience with similar games, we eschewed the opportunity to read up. For this, I paid dearly.

The controls were exactly like Company of Heroes and my first task was to see how the building, unit and tech progressions worked. I found enough to get started and began to move my units out to one of the scattered neutral villages. In Ancestors Legacy, you must pillage to gain control and these villages won't go down without a fight. My solo squad did a decent amount of but didn't take control. I pulled them back and started building a unit of archers and another melee unit. This time, taking the village was a piece of cake. 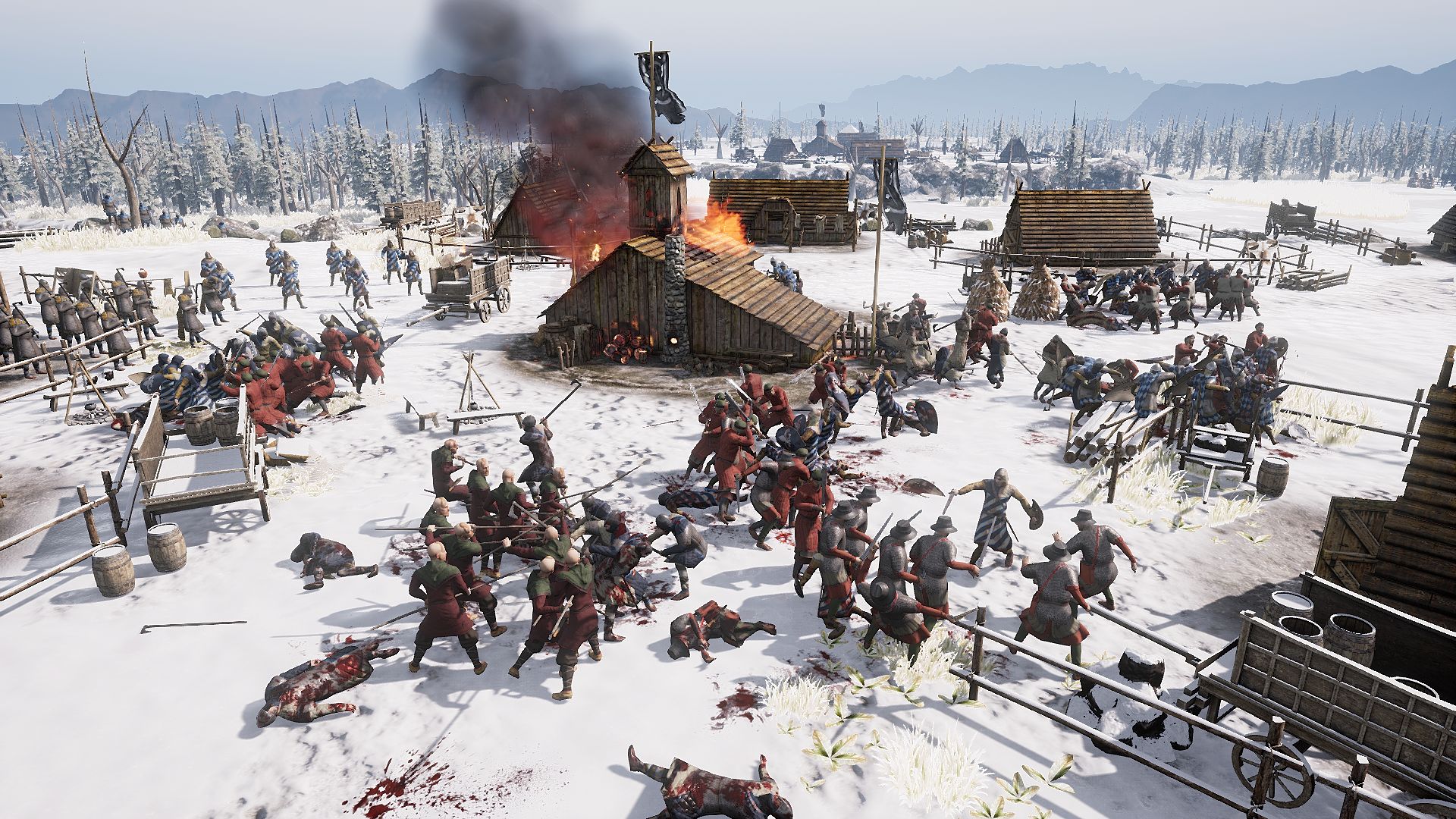 The problem I made was in regards to resource gathering. In Company of Heroes, you send soldiers to a point to capture and then that resource pool is yours as long as it is connected to your home base by territory you control. I sent a few units to resource points, but nothing happened. I thought maybe capturing the towns that held the surrounding resource points would do it, but it turns out that I needed to send villagers from each captured town to get those resource points (you can designate which one you want to prioritize as well). It's ultimately a simplified resource gathering system that is accessible, but I learned about it too late. My opponent got a solid grasp of the concept early, which gave her the number of units needed to cut me down.

She started by taking control of the central village I'd taken early on. I'd since taken another village to the north and was working on one to the immediate south of my base, but that left her with quite a bit of real estate to from. I prepared a few squads to retake the central village and placed a few up north. They were there partly to defend, but mostly to flank if she shot for the central village again. She sent in quite a few units that I was able to shut down with some solid unit movement and I thought I was safe. 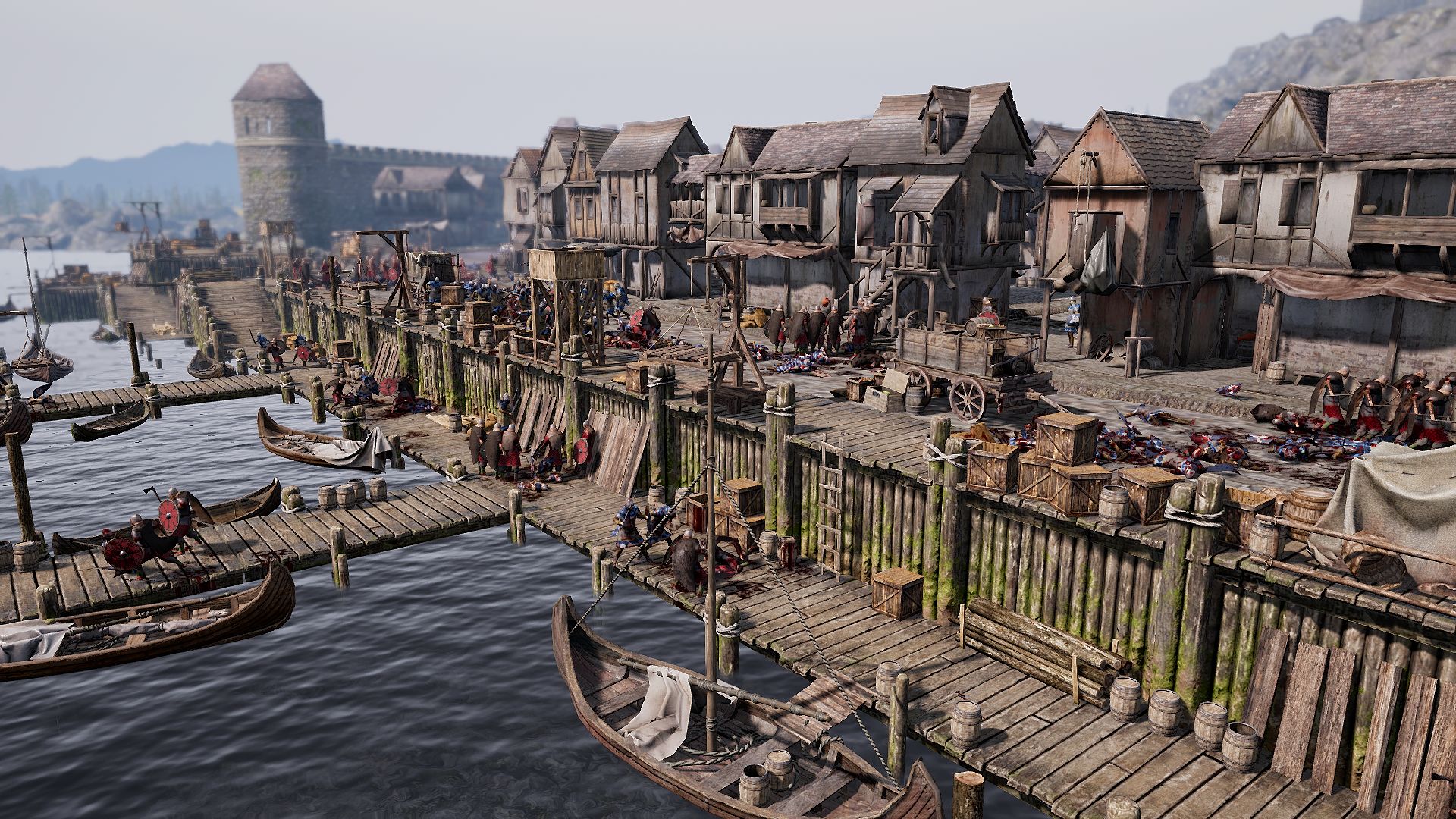 It turns out she was basically chipping away at me and keeping me busy while she built up a pretty stout army. I got a bit bullheaded after taking down a few that she'd sent out and I decided I wanted to do an all-out attack on her home base. I was hoping to catch her with her units to spread out and get a sneaky victory. She had a group waiting for me at a small bridge and also brought some archers in from my rear. Every unit I  had was wiped pretty easily and the rest of the match was just a collection of futile attempts to stave off her imminent victory. After the match, I asked her name. Turns out she's a Mixer partner called Nikki Brutal. Fitting name, I must say. You should give her a follow and look out for a potential live-streamed rematch.

Ancestors Legacy feels like a great game already and the developers have ambitious plans to deliver an experience that can be played on consoles, something certainly missing in the RTS genre. There's no set release date just yet, but look for it to arrive sometime in 2018.