The Nightfall Strikes are brutally hard in Destiny 2, especially if you’re just starting or even attempting the incredibly challenging Prestige Nightfall. Due to the new time constraints, saving seconds, and even minutes where possible, is absolutely necessary. You’ll be pleased to know there are a few ways you can save a lot of time in The Inverted Spire Nightfall Strike.

How to Save Time on The Inverted Spire

Before you even boot up The Inverted Spire Strike (when it’s the Nightfall), you must ensure your team composition is as robust as possible, with every damage type accounted for (especially when the Prism modifier is active) and that every modifier is taken into consideration. At this point, pick your strongest player to be the team leader and the person calling the shots, they’ll be the ones moving ahead and doing some of the heavy lifting. 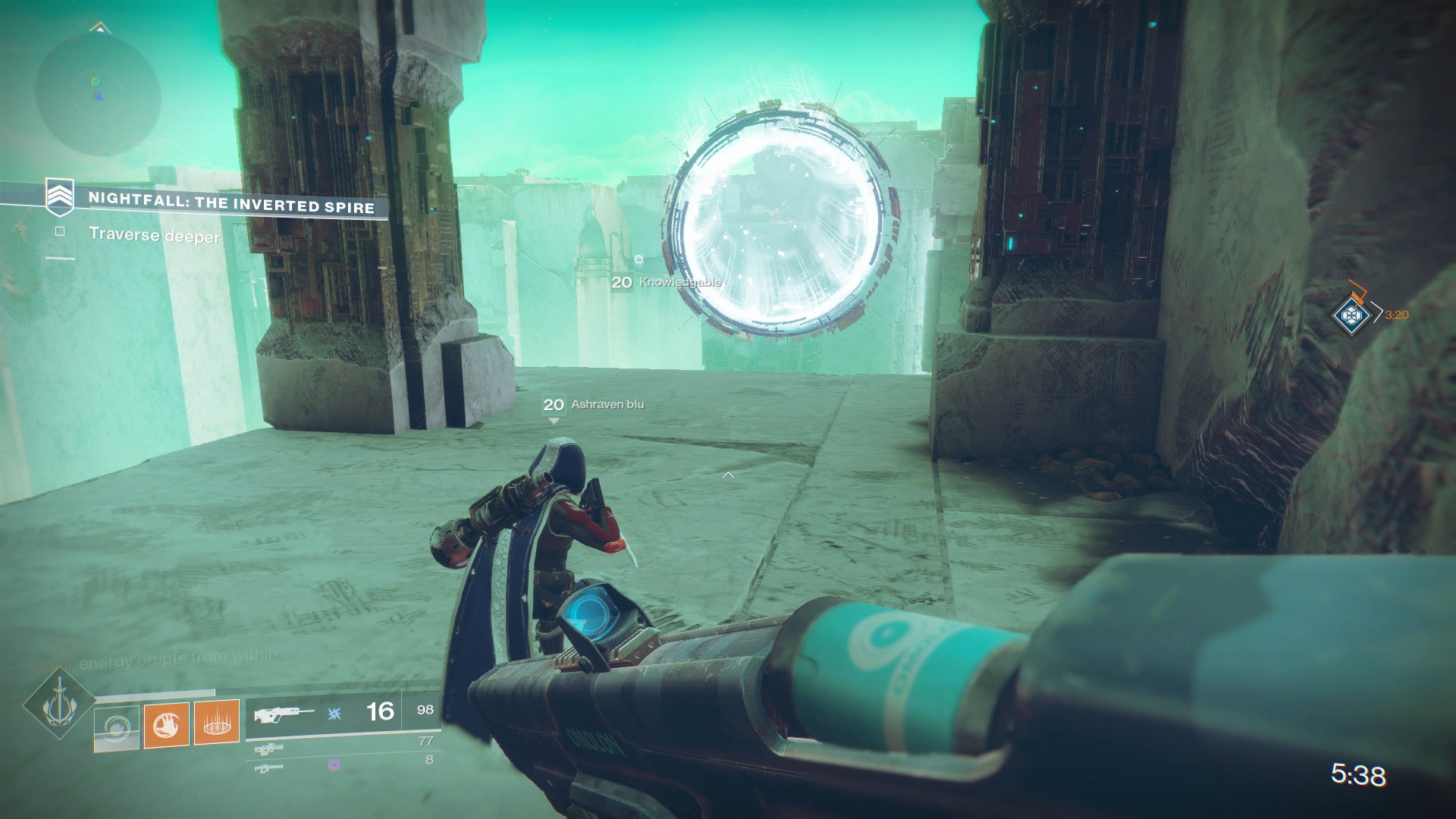 Boot up the Nightfall, and the first thing you (the heroic leader) will want to do is get on your Sparrow and instead of heading left toward the group of enemies and Conflux, head right toward the radiolarian lake. You’ll want to aim for the bricks hanging over the edge that are just past where the jumping puzzle spawns. Jump down onto the platform to find the Vex gates already active – jump on through! Your goal is to get down to the cavern while the two other players work their way forward.

Meanwhile, the two remaining players will need to kill the enemies, activate the Conflux, and fight their way to the cavern. As soon as the Conflux is scanned, the Vex barrier blocking you from the cavern will disappear.

The advantage of this split is that instead of three players pushing through one battle at a time, there are two teams pushing through two battles at once. However, there is obviously a lot of pressure on the leader to clear out as much of the cavern as possible, if they can get the entire cave cleared before the other two arrive, even better! 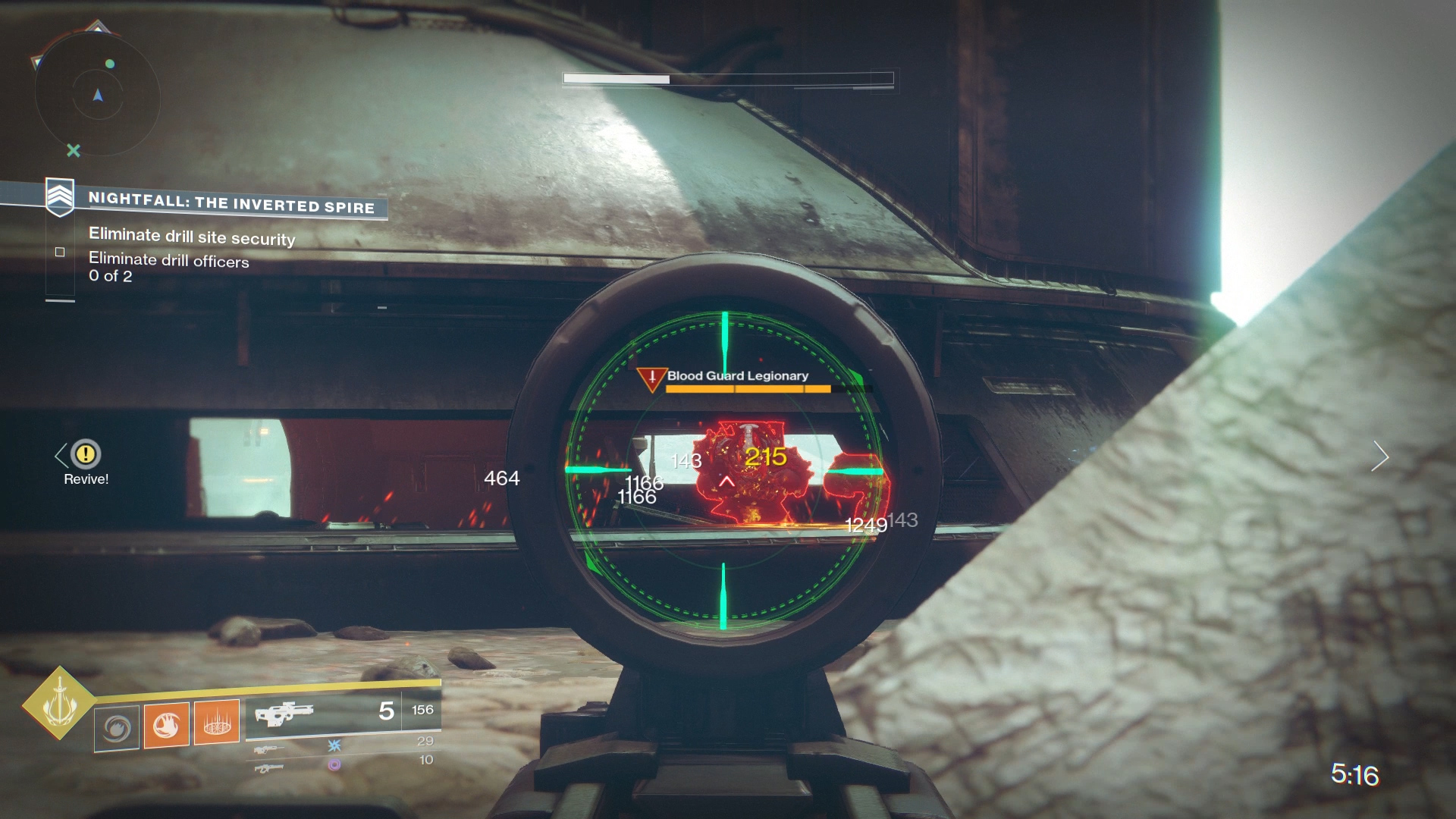 Depending on the other modifiers, you’ll either run onwards or stop to jump through the Vex gates. When you reach the open field, there’s really no exploit here, simply group up and take down the Cabal Majors who are hiding in the bunkers, at which point you’ll be able to progress to the drill. 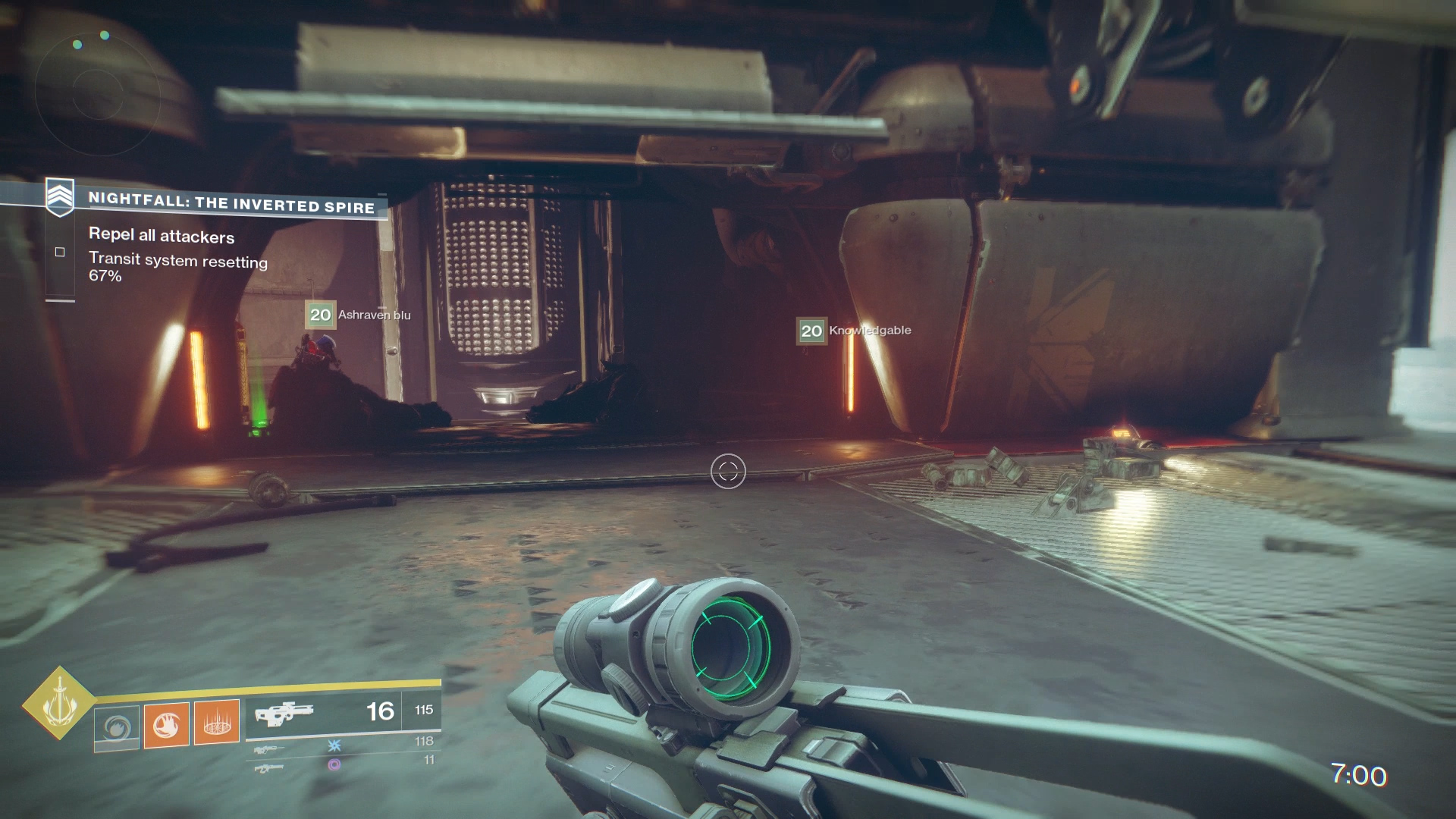 The drill section is where you can avoid a lot of unnecessary fighting. Instead of all players jumping to activate the jump gates, send one player down. Once the lever has been pulled and the percentage meter begins ticking up, the player who jumped down can die, wait the 30 seconds, and respawn themselves. This allows all three players to safely sit up the top while they wait for the jump gate to be in place.

After passing through the jump gate, get your Sparrow out and zoom past everything, and even use it to jump down to the other side, being careful not to explode on landing. To avoid dying on landing, try to roll your Sparrow and dash away from the ground.

If it’s not the Vex gate modifier, you can use your Sparrow to soar past everything with minimum fuss. Just make sure to stick to the middle path, the one that doesn’t have a massive swinging blade. Enter the boss room and prepare to fight. 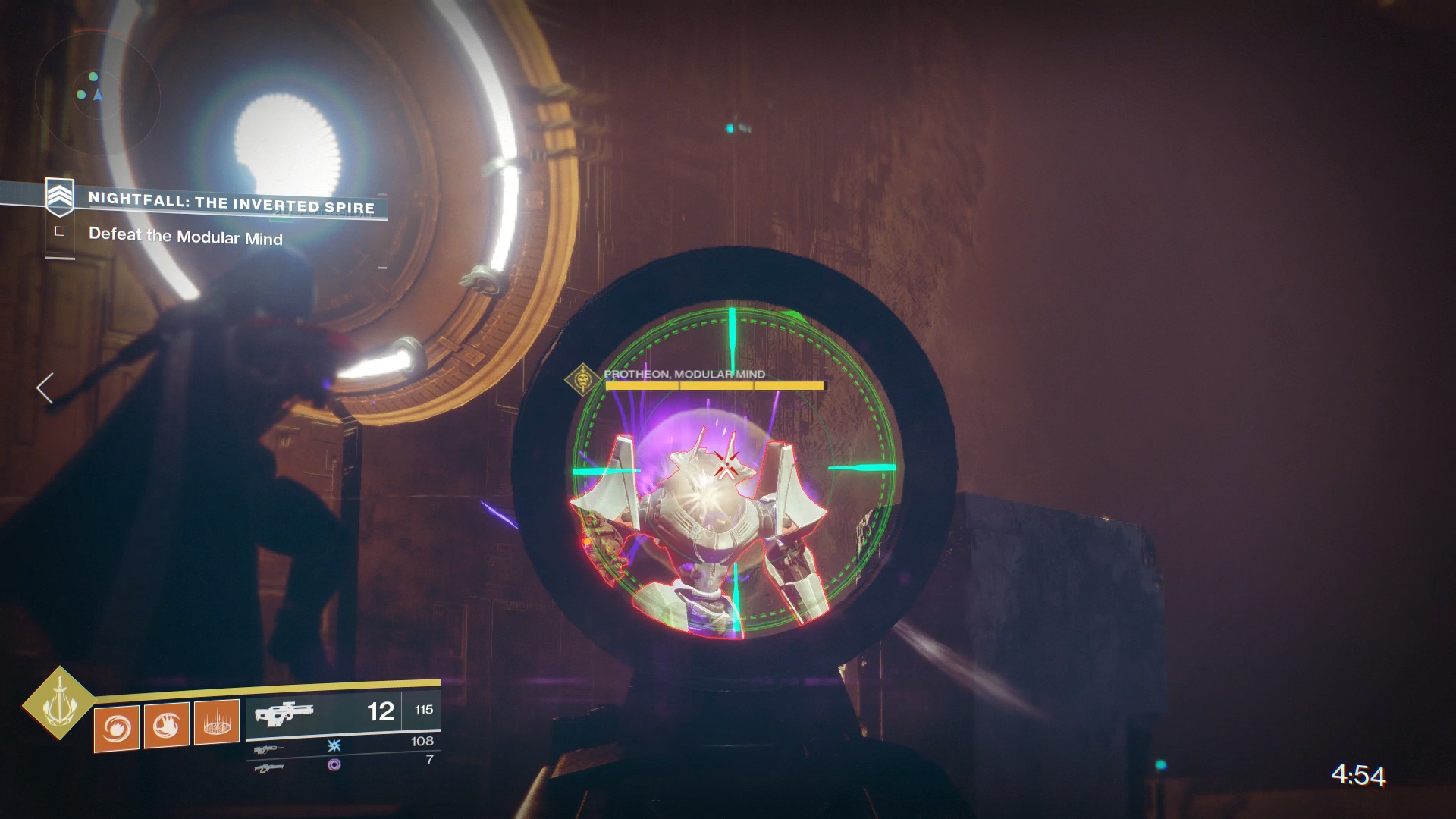 With the Vex boss that awaits you at the end of The Inverted Spire, the best tips is to save your Supers until the very last phase. When you first begin fighting, use your Grenades, Coldheart, Auto Rifles, and Rocket Launchers to burst it down. Ideally, you’ll want to avoid fighting Harpies, but if it can’t be avoided, take out any that are too close, and focus on the boss.

The second phase is arguably the easiest, as you can avoid all damage by standing on the circular pillars. Your only concern is dealing enough damage to get the boss into its third phase. 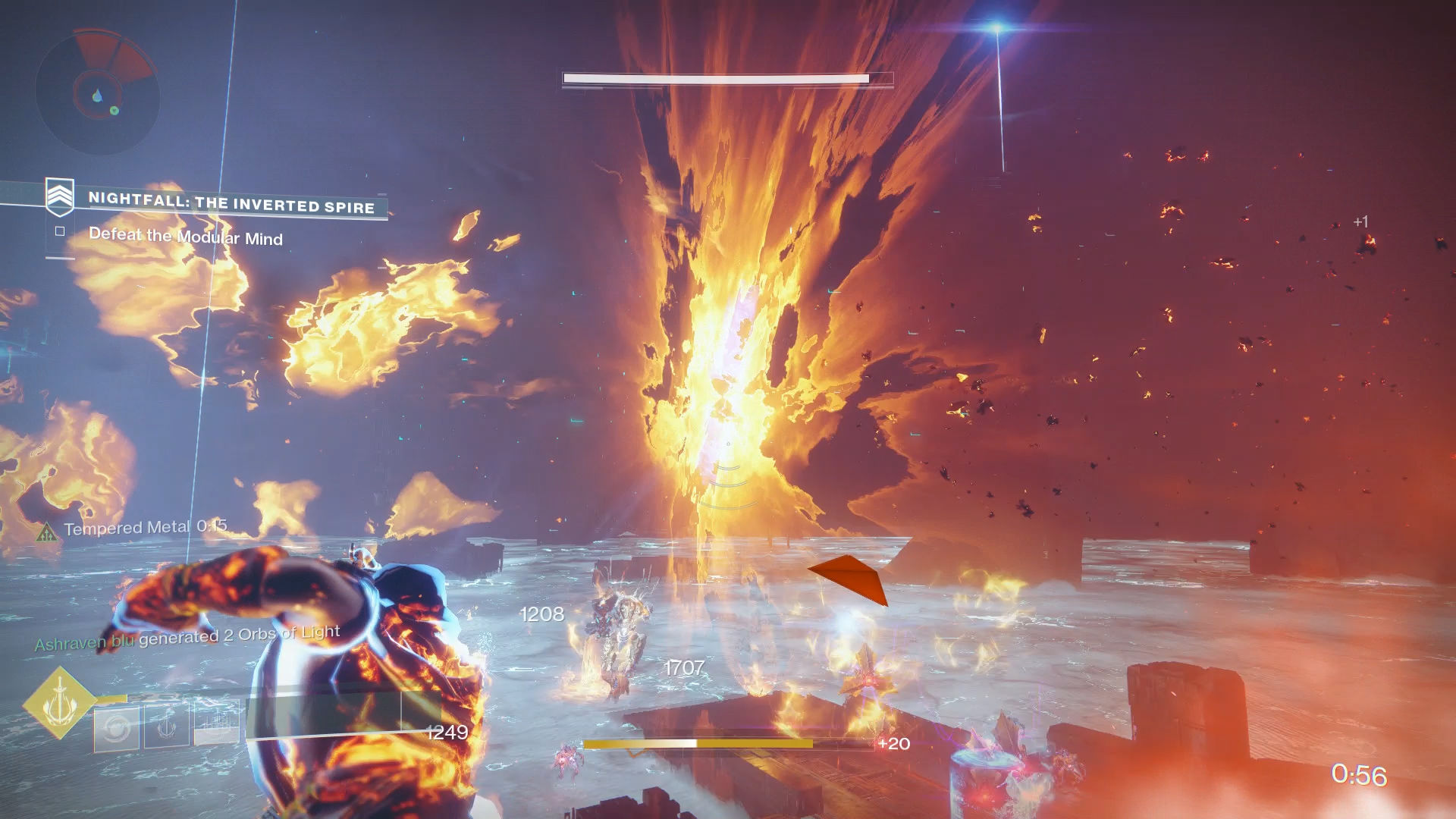 When the third phase begins, you’ll be extremely close to the ideal time to use your Super. Deal enough damage to knock the bosses head off, and then let loose, being sure to make your shots count. Your Supers deal massive burst damage, and it’s important to get through this last section as quickly as possible, as the enemies can easily overrun your position, costing your team lots of time.

If you’ve managed to hit all of these exploits, tricks, and tips, you should find that you’re clearing The Inverted Spire Nightfall Strike with significantly more time on the clock. Obviously, the best tip is to just be as efficient as possible: kill only the necessary enemies, run or use your Sparrow, and save your Super for large add-clear or boss damage.

Be sure to check out our Destiny 2 Complete Strategy Guide for more walkthroughs and hints!