The Nintendo Switch has had a big year. Not only has Nintendo's hybrid console already garnered a substantial userbase, it's also playing host to some of this year's biggest games, including the likes of The Legend of Zelda: Breath of the Wild, Wolfenstein 2: The New Colossus, Rocket League, and Super Mario Odyssey. Since the Switch was designed to be a go-anywhere system, it appeals to players who like to take their gaming out into the world — and as such, there exists a need to provide the console with extra protection from the elements. Fortunately, finding a good Nintendo Switch case isn't difficult or expensive, and we've got some of our favorite covers and cases featured below. 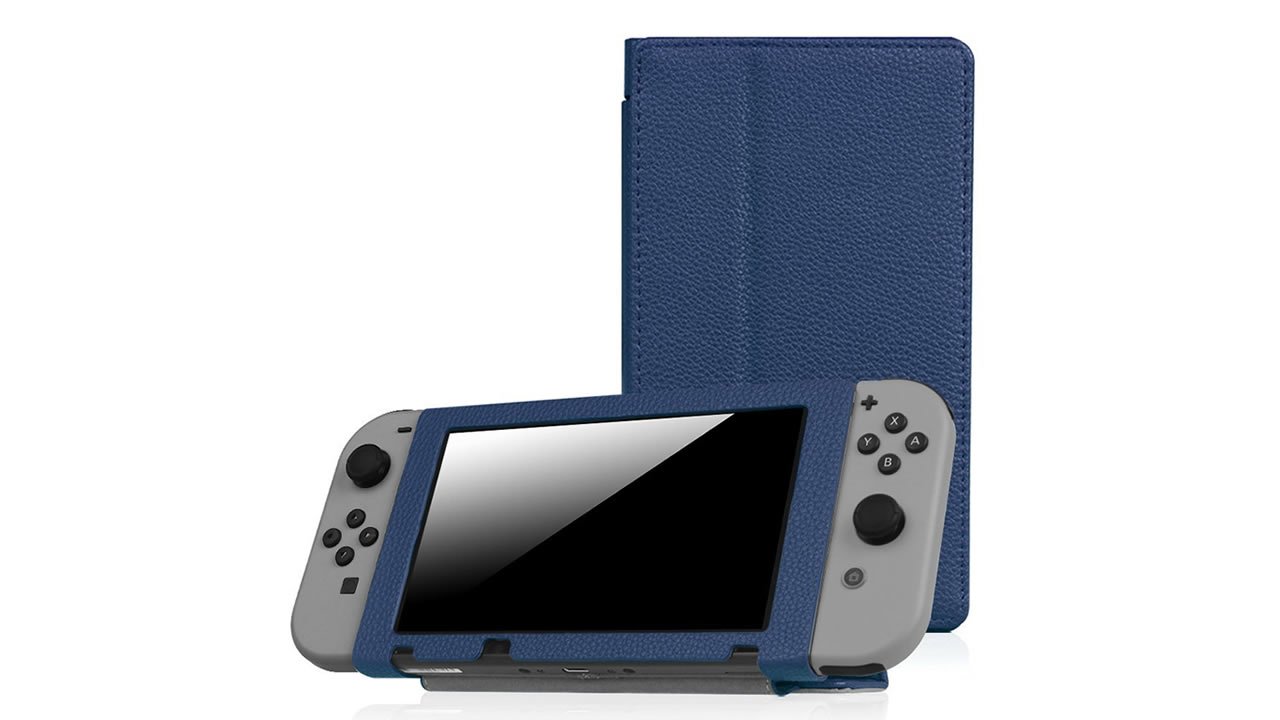 Seeing as how the Nintendo Switch has a lot in common with modern tablets, it makes sense that companies would release folio-style cases that resembled other common tablet case designs. Fintie's Protective Case for Nintendo Switch (Navy style shown, $8.59 via Amazon) provides soft, cushioned protection through a folding case with a PU leather finish. Unlike other Nintendo Switch case designs on the market, Fintie's folio design protects the front and edges of the system even when it's in use. It also provides its own way to stand the Switch up, meaning players can enjoy Tabletop Mode without having to rely on the Switch's proprietary kickstand. 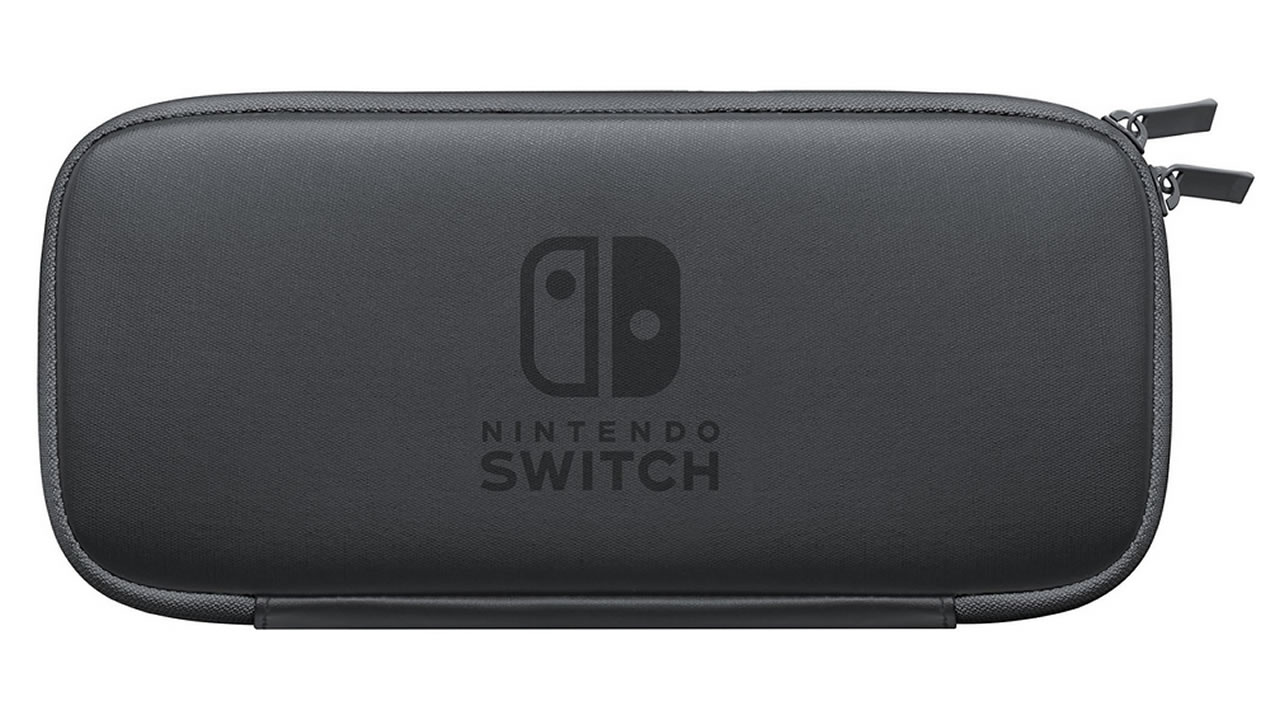 Nintendo makes its very own Nintendo Switch carrying case, and for some strange reason, they're pretty hard to find. Originally retailing for $24.99, the Nintendo Switch Carrying Case ($39.99 via Amazon) represents an elegant no-frills approach to case design, with a soft inner lining mated to a sturdy outer shell with the Nintendo Switch logo featured on the outside. It's a fine case by itself, though its rarity seems to have driven up its price, meaning users will pay 5 to 25 dollars or more for Nintendo's own solution when compared to extremely popular and officially-licensed RDS case featured below. 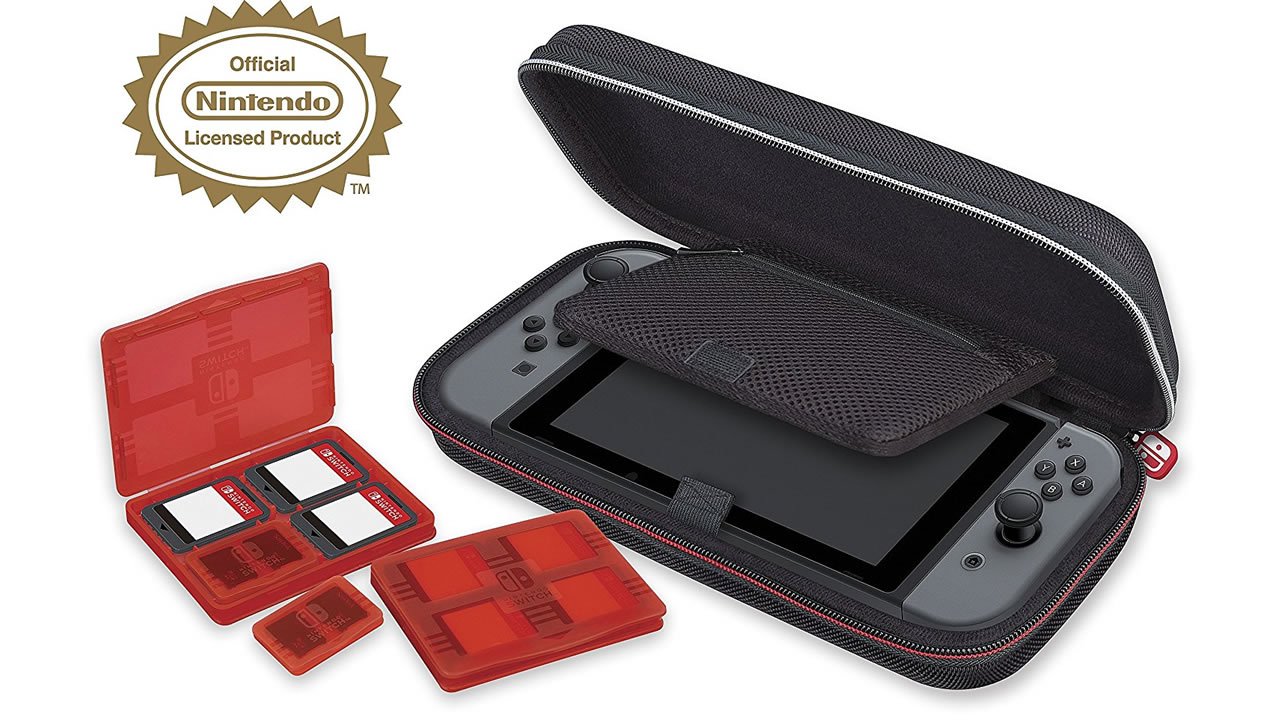 The RDS Industries Inc. Nintendo Switch Game Traveler Travel Case ($19.99 via Amazon) is easily one of the best Nintendo Switch cases on the market simply because it's smartly designed, packed with features, and officially licensed by Nintendo. The semi-hard-shell case features a padded compartment for the Switch console with Joy-Cons attached along with a soft mesh-lined divider that works as a screen protector. It also comes with two game card cases as well as two micro SD card cases, which makes a lot more sense now that Switch games are growing beyond the system's storage capabilities. The RDS Game Traveler comes in several different style options, too, including cases based on Super Mario Odyssey, Splatoon 2, and the Legend of Zelda: Breath of the Wild. 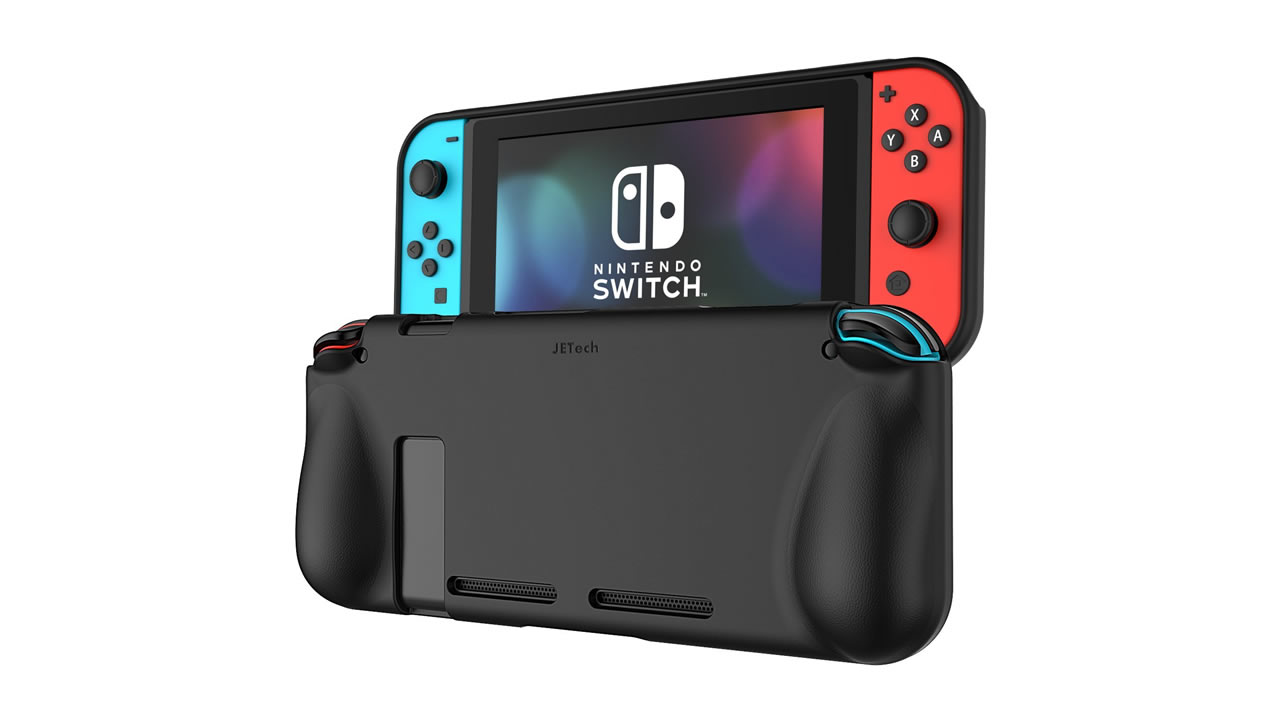 There's a good chance that many Nintendo Switch players will be keeping their systems around the house, where lack of storage is a non-issue when compared to the likelihood of incurring little bumps and scrapes. For consoles that won't be put through the ringer, JETech's Protective Cover ($15.99 via Amazon) provides basic protection through a flexible TPU material that covers the Switch on all sides. It likely won't be the case of choice for taking the console on long trips, but this simple cover should help fend off  the likes of everyday accidents. 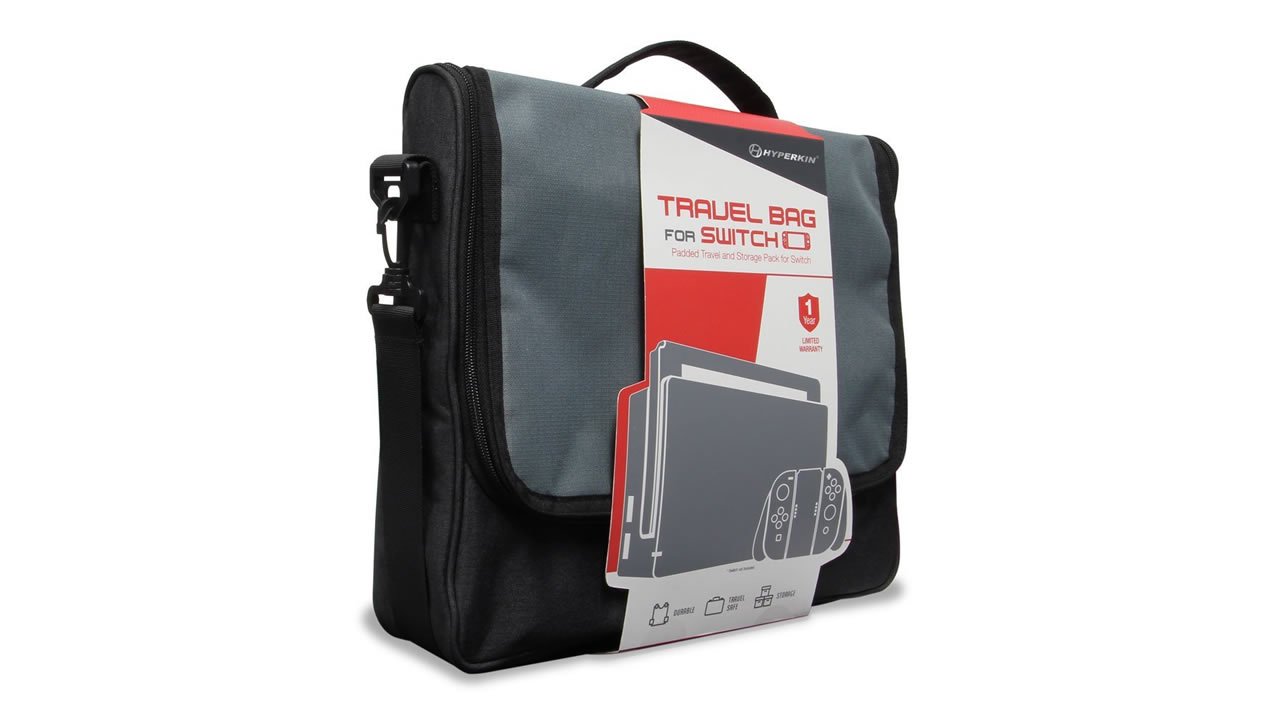 Many of the Nintendo Switch travel cases on the market target the system in its basic handheld mode, without the dock or any extra accessories. And while that's often plenty, some users want a Switch case that does it all. The Hyperkin Travel Bag for Nintendo Switch ($23.80 via Amazon) was designed for just such a player — it's a case that's meant to store the Switch system itself as well as all of its crucial necessities, including both Joy-Cons, the Joy-Con grip, and the Switch dock or a Pro Controller, with extra room left over for cables, game cases, and even a few strategy guides. 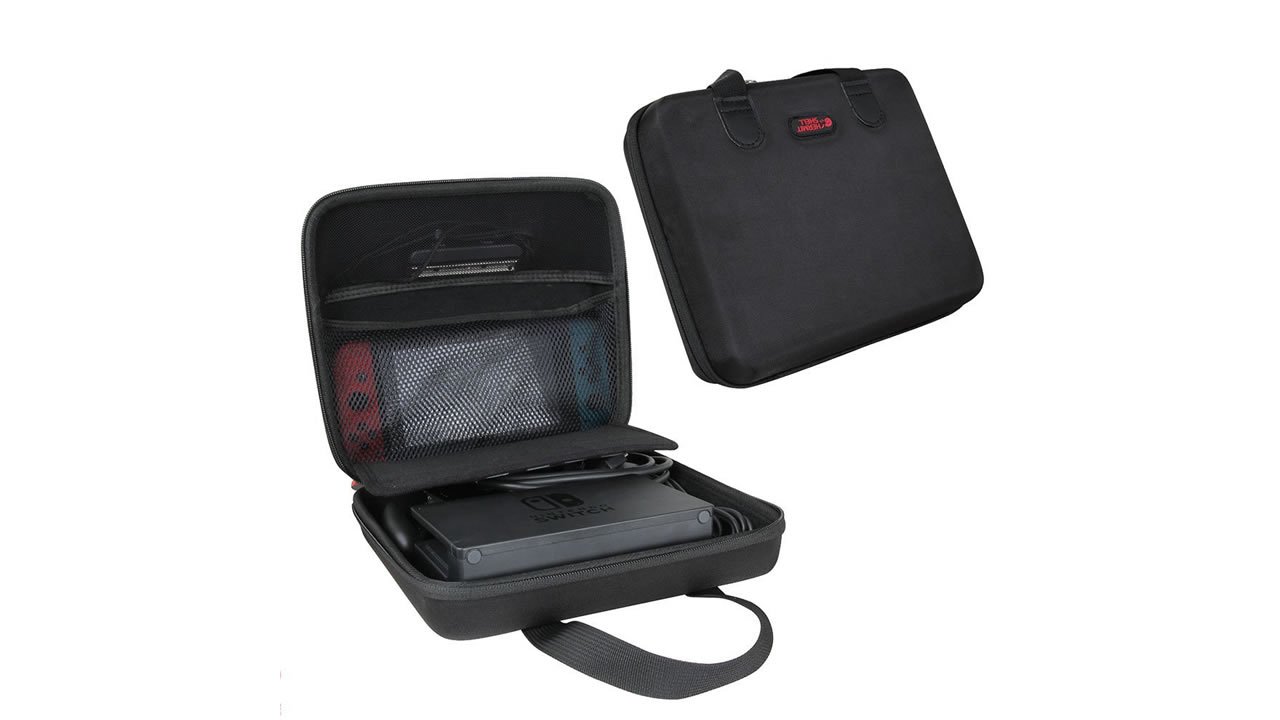 Like with Hyperkin's Travel Bag, the Hermitshell EVA Travel Case for Nintendo Switch ($17.99 via Amazon) is also designed with the complete Nintendo Switch gaming experience in mind. Hermitshell's offering includes dedicated storage space for the Switch's dock while still providing enough room for the Joy-Con Grip or a Pro Controller alongside the system's AC adapter. It also includes seven little mesh pockets designed to hold games, and its EVA construction might give players some extra peace of mind when compared to Hyperkin's suspended-pockets design.