There are a lot of weapons to collect in Assassin’s Creed Origins, but none are as spectacular as the fire sword. Fire is an excellent tool for distraction as well a potent means of dealing damage to enemies, so getting your hands on a flaming sword is a good idea.

How to Get the Fire Sword

There is only one flaming sword worth finding in Assassin’s Creed Origins, and it’s called Hepzefa’s Sword. Named after Bayek’s best friend, the Hepzefa’s Sword is always engulfed in flames, offers a Critical Hit Rate of 3/4 and a 2/4 Adrenaline on Hurt rating, making it a versatile weapon for combat. 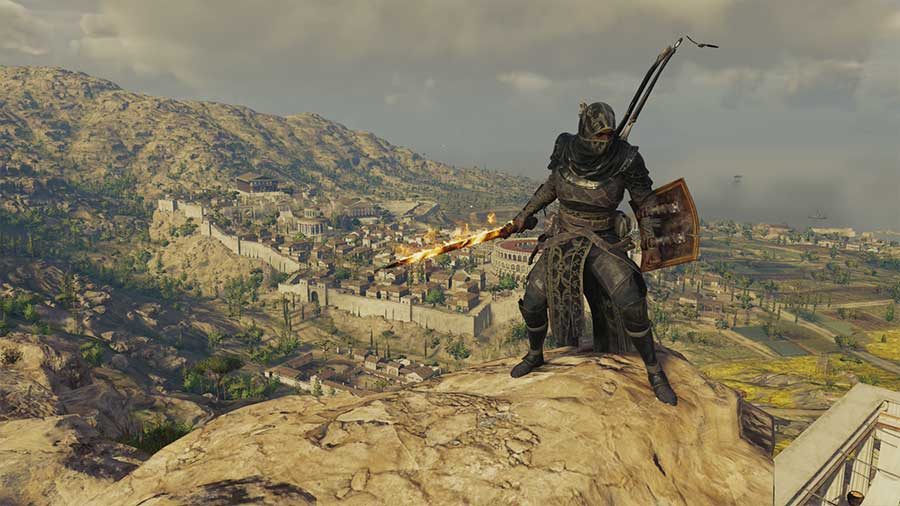 To get your own Hepzefa’s fire sword, you will need to continue through the main quest line in Assassin’s Creed Origins. The quest you will want to look out for is shortly after you assassinate the Scorpion. After some time has passed, you will receive word that another target is heading to Bayek’s hometown of Siwa. At this point, you must return to the starting area of Siwa and complete the quest.

After the quest is completed, you will receive the only fire sword you’ll ever need in Assassin’s Creed Origins, Hepzefa’s Sword. This sword will be helpful during the Trial of the Gods fights, such as the Trial of Anubis and the Trial of Sobek when the two gods send out soldiers to defeat.

Now that you’ve got your fire sword, check out our other Assassin’s Creed Origins guides, such as our Align the Stars and All Tomb Locations guides.