Zombies Are Scarier Than Ever in Call of Duty: WW2

In the lead up to Call of Duty: World War 2, Michael Condrey and Glen Schofield repeatedly said they were excited to return to their horror roots. The duo was responsible for Dead Space, one of the scarier games ever made and a Sci-fi fan favorite. Of course, Condrey and Schofield were not planning on making CoD multiplayer scary. Instead, CoD Zombies got the horror makeover, and it is the scariest version of zombies yet.

All of the familiar aspects of Zombies are present, there is a mystery box and perk upgrades (although unfortunately not in the form of soda anymore), along with the endless round based format and a number of hidden secrets. There are still zombie spawn points, but you can no longer rebuilt barriers to slow them down. Additionally, a single zombie can spawn anywhere on the map, even between rounds. It is not hard to see the Dead Space inspiration here, as a zombie popping out of a grate is reminiscent of Necromorphs in the vent system all those years ago.

A random zombie can spawn behind you, leading to jump scares or embarrassing screams for your roommates to hear. Knowing this can happen at any point keeps you on edge in a way that previous editions of Zombies could not. The game also does a great job of making you think you know where a scare is going to come from, only to change it up. Yes, Nazi Zombies are scary. 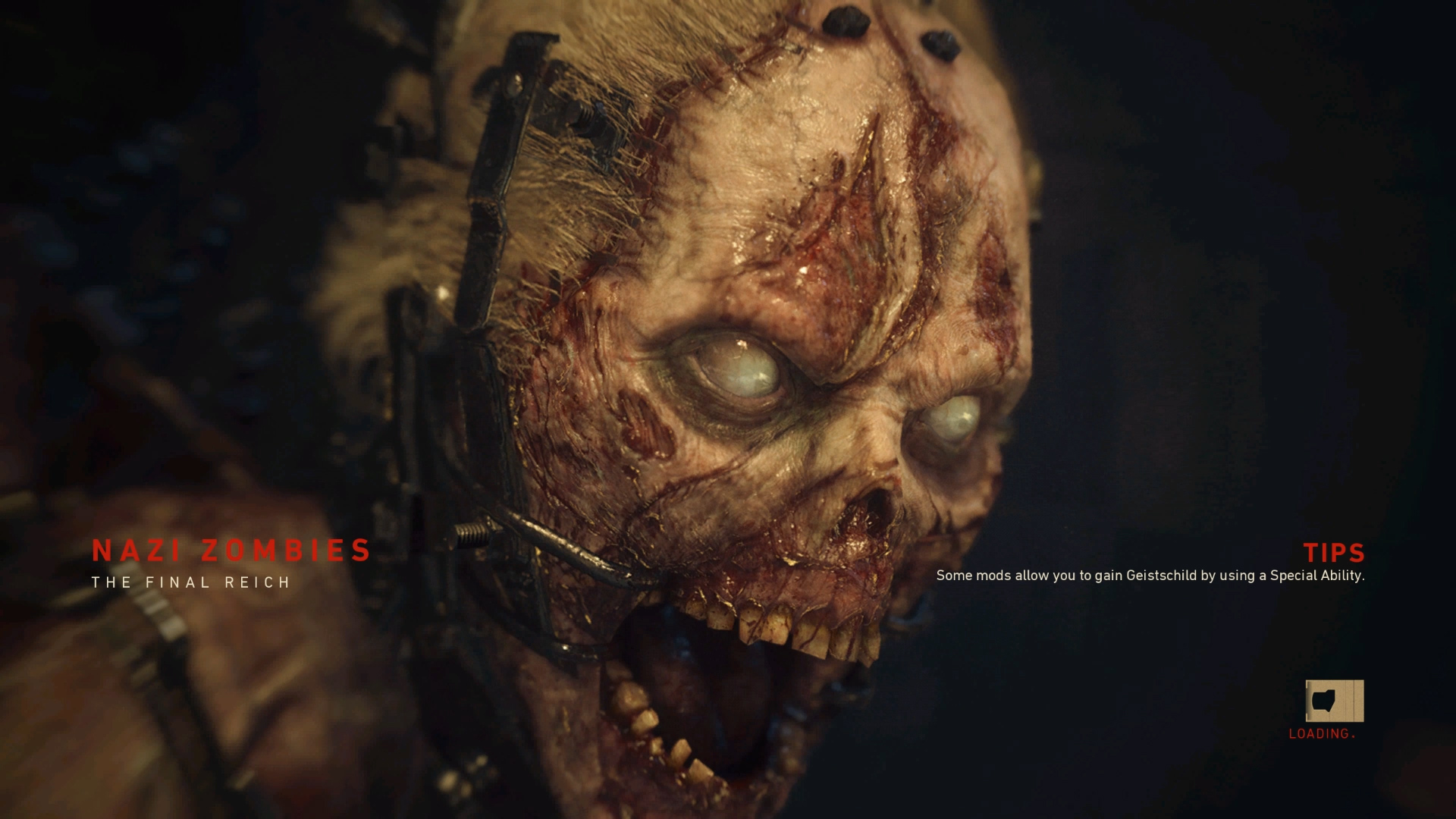 Zombies mode has always existed in a strange place. Casual players would have fun seeing what round they could get to, never knowing there was so much more to the mode. The secrets were so well hidden, there are no button prompts or interactions with necessary options, you could play for hours without knowing to look for anything. Meanwhile, the hardcore community spends countless hours on reddit posting and discussing every possible secret.  Nazi Zombies in CoD: WW2 feels like a bridge between these two factions of players.

There is a list of objectives you will need to complete, and the game tells you that right in the HUD. However, some of the objectives are vague enough to not upset the hardcore crowd about hand holding. For instance, an objective will be to “turn on the power,” but it won’t say how. Casual players will now get a sense of the secrets that exist in Zombies, and may become a member of the hardcore community themselves.

Black Ops 3’s Zombies maps were tight and difficult to maneuver in, while Infinite Warfare’s Zombies in Spaceland had plenty of breathing room to train zombies. The Nazi Zombies map lies somewhere in-between the two, it certainly is not as wide open as Zombies in Spaceland, but there might be a bit more space than Black Ops 3. This does not mean Nazi Zombies is easy, even with a team of developers we were only able to reach round 21. The round numbers will certainly go up over time as the community becomes familiar with the game, but if you were worried about Nazi Zombies being too easy -worry not.

Visceral Studios may have closed down, but the Dead Space legacy lives on in a very surprising place – the Nazi Zombies mode in Call of Duty: World War 2.