Uplink Gets a Football Makeover in Call of Duty: WW2

Sledgehammer Games created Uplink, an objective based game mode that made its Call of Duty debut in Advanced Warfare. The mode was so popular, it returned in Black Ops 3 and Infinite Warfare, becoming a fixture in Call of Duty’s esport tournaments. With Call of Duty returning to the series boots on the ground gameplay, many wondered what would happen to the high-flying Uplink mode.

Uplink played out like a hybrid of some sort of death basketball and death quidditch, with a floating goal on each side of the map and a ball that spawns in the center. Picking up the ball replaces your weapon, making team work essential in scoring points. A team would get 1 point for throwing the ball into the goal, and 2 points for dunking it. Uplink was fast and vertical, and would not be the same in a boots on the ground game.

Instead of abandoning Uplink for CoD: WW2, Sledgehammer redesigned the mode it originally invented. Uplink returns in the form of Gridiron, a football inspired take on the mode. The basic concept is still present, there are two goals on opposite ends and a ball that spawns in the middle of the map, but Gridiron feels entirely new.

To make up for our ground-bound soldiers no longer having jetpacks, the goals are firmly planted on the ground. Scoring has also been adjusted to make up for the new pace, running the ball into the goal is worth 7 points, while throwing it is worth 3. Hell, it works for football, right? 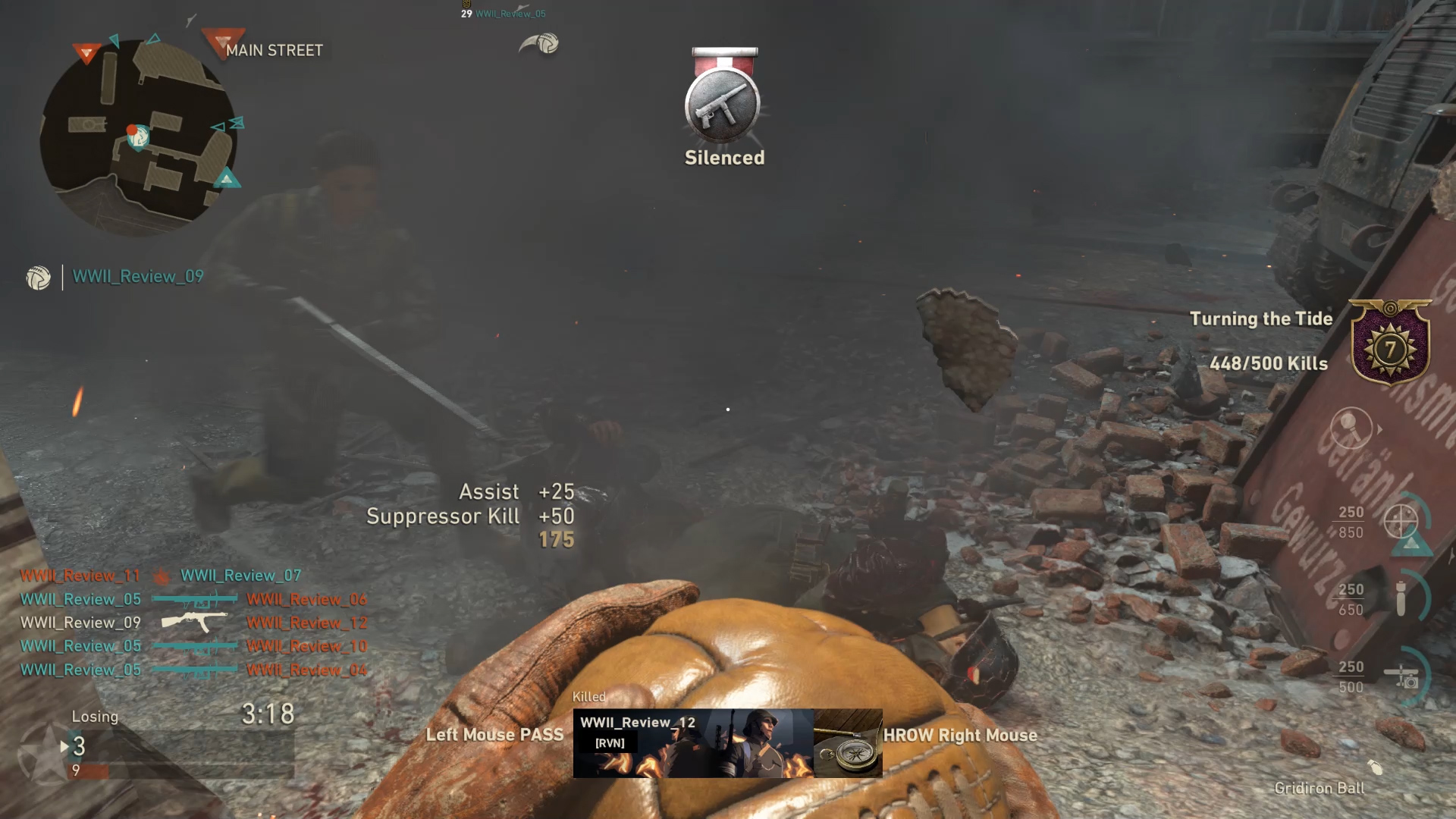 While the changes do not seem like much, Gridiron plays out like a completely different game. With ground based scoring being worth more than double a throw now, there is a greater emphasis on pushing for those 7 point scores. Boots on the ground obviously has a major impact on gameplay in Gridiron as well. The luxury of having a jetpacked super soldier allowed you to cover large areas of the map, applying pressure to win the ball while only being a few boosts and wall runs away from protecting your goal if things went south. This is no longer the case in Gridiron.

Mistakes are easily punished in Gridiron. Without having a jetpack to save you, the enemy team will score if you are caught out of position. This makes Gridiron a more tactical experience than Uplink ever was, and teamwork feels more important than ever. This might mean solo-queuing in the Gridiron playlist is a bad idea, but it also means the average gunskill players amongst us, or the old people who lost their snap shot reflexes, can compete in Gridiron with an organized team strategy.

In a way, Gridiron sums up the Call of Duty: World War 2 experience. There is plenty here for the boots on the ground and classic community to like, but it does not alienate the newer Call of Duty players who grew to like the advancements the series made in recent years. Watching the strategies develop from the pro community will be one of the more exciting developments during the lifespan of CoD: WW2.