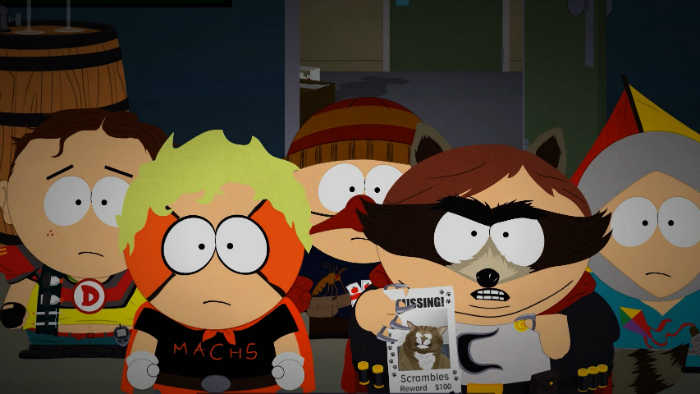 Like the television show riffs on traditional TV tropes, The Fractured But Whole turns the conventional role-playing story formula on its head. Instead of long-haired villains wielding giant swords and amnesiac protagonists, you take on the role of The New Kid (a.k.a. Douchebag, Butthole, Butt Lord, etc.,) in South Park. Continuing where South Park: The Stick of Truth left off, The Fractured But Whole has the kids switching things up as they get bored of playing as fantasy characters and tackle superheroes instead. 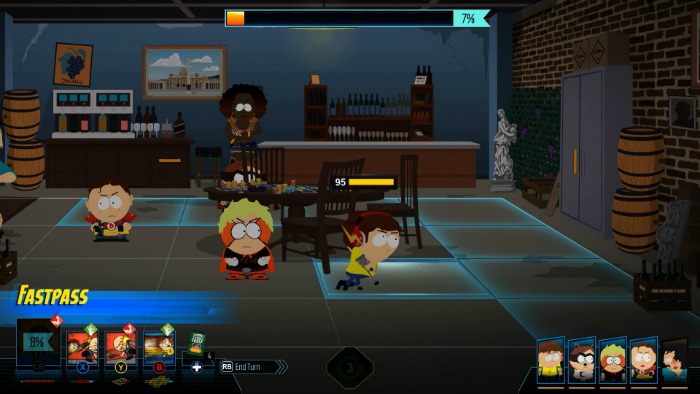 The visuals and sound are pretty much replicas of the TV show. This time around Ubisoft got access to the actual show assets, which means you’re essentially “playing” through the show instead of something built like it. Everything you see is the same model they use to make the TV program with, and so everything has a bit more authenticity when compared to the replicated models of The Stick of Truth.

The fighting in The Stick of Truth was serviceable, but a bit too simplistic at times. The sequel ramps things up with an almost entirely new combat system that emphasizes movement. You can only have four moves equipped at a time, but now there's a whole grid to move your characters around, and each attack has an area of effect. This makes the entire game more tactical as you're jockeying against the enemy for the best position to attack from.

The new combat system keeps things from getting too bland, and boss battles are a lot more difficult, especially with special conditions like having to fight your way towards the back of a strip club dressing room while a colossal stripper is chasing after you and trying to crush you beneath her butt. That’s an insta-kill if she manages to catch you, you know. 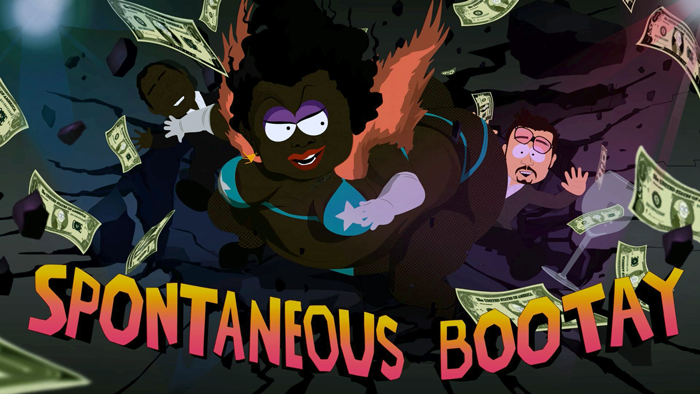 Your initial goal as a new member of Coon & Friends, Cartman's superhero team from the show, is to find a nasty old missing cat to collect the $100 reward money. The journey for $100 will take you across the breadth of South Park itself, and you'll cross the path of practically every major character at one point or another. The ironic part of this entire journey to get the reward money is that it looks like Cartman has spent well over $100 on his Coon & Friends basement setup with a “merchandise” area and other Coon-centric decor. Maybe he should have saved the cash that went into all that.

In a way, the dependence on South Park references will make or break the game for people. The map is much the same as it was in The Stick of Truth. There are new routes, and places have changed, but you're not going to cover a lot of new ground here. The cast is much the same as well, so unless you love Cartman, Kyle, Stan, Kenny, and the rest of the denizens of the town, a lot of this is going to feel old (Mr.) hat.

I don't want to ruin too many jokes for anyone because that's what this game is all about. South Park: The Fractured But Whole is basically a long playable episode of the show, and the humor is the real draw of the game. As an RPG it's a bit simplistic when it comes to equipment, summoning, and movesets, but that's fine because it helps keep the attention focused on keeping the laughs rolling. 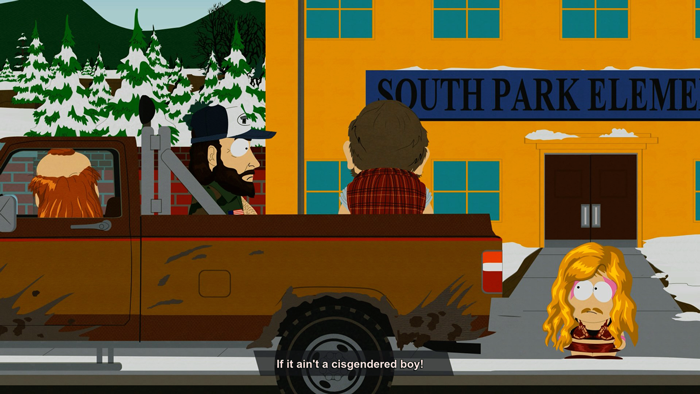 If you don't like the show though, you're not going to love this game, end of story. It has the same gross-out moments, racial and gender targeting jokes, and irreverence for anything and everyone that the franchise has always had. Some jokes are just that, jokes. There's nothing to read between the lines about at all, like Cartman making your dark origin story about your trust being broken because "your dad fucked your mom and there's nothing you could do to stop it." Others are more poignant upon reflection.

One side mission has Detective Yates sending you to take down a "drug dealer." When you show up to the man's house, he's a regular, law-abiding citizen that happens to be African American. The man defends himself from your invasion of his home and is arrested as a consequence. At its base level it’s just funny situational comedy, but it also gets you to think about the stereotype, and how corrupt police officials have done things just like this before.

I don't want to say that South Park is some philosophically profound franchise; it's not. However, the humor in The Fractured But Whole is either so over and top and absurd as to render itself inoffensive, or tongue-in-cheek enough to register as social commentary. Furthermore, the game takes on every side of the political and social spectrum, so no group gets joked on any more than the others. One minute you might have a hilarious sequence with PC Principal teaching you how to recognize microaggressions during combat (for which you can score a free hit), and the next you'll have rednecks attacking you for the gender choices you make in the game (no matter what they are).

The South Parkiest Game Yet 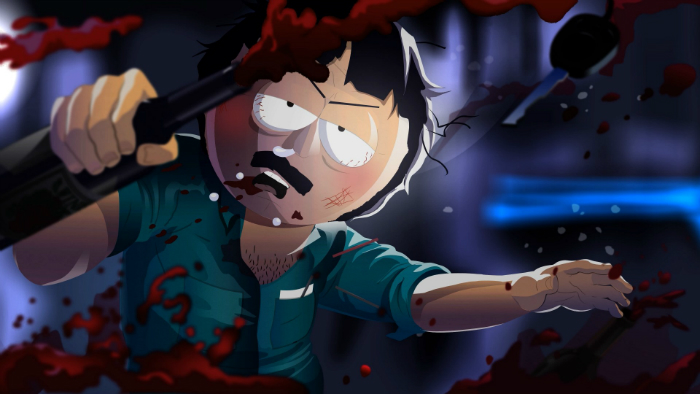 South Park: The Fractured But Whole has around twice the content that The Stick of Truth did, and I felt like there was more variety in missions, combat, and things to do in general. When I got to the end of the first game, I was pretty disappointed that it was over so quickly, but this time around I would say that it's about the perfect length. It's long enough to give you a full RPG experience and tell an absurd, but enthralling tale, but not so long as to overstay its welcome or get stale.

In a way, I wish I could give this game two separate scores. One for South Park fans and one for those who don't like or aren't familiar with the series. Besides very minor issues, The Fractured But Whole's main problem is its reliance on familiarity with material outside the game. All the excellent cameos, self-references and a lot of plot points are dependent on players having at least a passing familiarity with the TV show. However, if you like South Park and video games (or just South Park), The Fractured But Whole is a must-have title, and improves on The Stick of Truth in every way.