For anyone who’s never played Destiny 1, Destiny 2 can be an overwhelming experience. There is so much to take in, whether it’s the progression system, enemy types, movement, abilities, guns, mods… there’s just a lot going on. Thankfully, we have quite a bit of experience with this Destiny thing, so we’ve gathered up some of the most useful tips for beginners.

There are three Classes to choose from in Destiny 2. There’s the Warlock that specializes in arcane-like abilities, the Hunter who excels at dealing high amounts of damage, and the Titan that is a mobile tank. Within these classes are subclasses that utilize a different elemental damage: Solar, Arc, and Void.

You won’t have access to all the subclasses at the start of the game; these are unlocked as you progress through the campaign and level up. If you find you’re not having fun with one Class, consider creating a new character and seeing how the other classes feel.

When you first begin Destiny 2, it will be obvious what you must do, but it gets confusing once the world opens up and you have to start heading out into new areas. Your main goal when you start is to work through the main story, “The Red War”. These story missions are signified by their red banner on the maps and the Red Legion icon.

You might reach a point where you are not a high enough level to progress, in this situation, take some time to explore the Patrol zones and complete Adventures, Lost Sectors, and Public Events.

Destiny 2 also includes a lot of side quests that you can complete while playing the campaign. These are known as Adventures, Lost Sectors, and Public Events, though there are more to be found out there.

Adventures are short quests that take you around a Patrol zone to kill aliens and collect rewards. Lost Sectors are dungeons with a difficult boss at the end who drops loot, and Public Events are challenges with time limits that draw random players together.

Completing each of these activities rewards you with loot and experience points that help you level up.

There are a multitude of different things you can level up and unlock as you play Destiny 2. Firstly, there is a level system that takes you from 1 to 20. Each time you level up, you receive an Upgrade Point which can be used to unlock an ability. Increasing your level also allows you to equip more powerful gear.

Then there is the Power level. Power is the average of your weapon’s Attack rating and your armor’s Defense rating. Each piece of gear you equip will help to increase your Power, which helps you deal more damage and resist more damage.

You can also level up NPCs you meet out and about. Increasing your reputation with an NPC means giving them certain items you find as you play activities. Once an NPC reaches a new level, you will receive an Engram full of tasty rewards!

As you progress through Destiny 2, you will receive new weapons and armor. These use a colored rarity system starting at White, then moving onto Green, Blue, Purple, and Yellow. Don’t feel bad about dismantling a weapon you like if you receive another one that is more powerful. What’s important is that you’re increasing your Power.

You will find that as you play through and complete missions, you will constantly receive new gear, so try not to become attached. Once you start getting purple Legendary gear, hold onto it, and if you find a blue weapon with more Power than it, put the Legendary in your Vault to use later for Infusion.

For anyone unfamiliar with MMOs, the Infusion mechanic might be complex at first, but it gets easier with time. Don’t worry too much if you make a mistake because you can always unlock more guns and gear.

After you finish the campaign and get yourself to a higher Power level, you will no doubt want to explore some of the late-game content. Strikes, the weekly Nightfall, and Raids are three of the main late-game activities you can complete without having to fight other players.

Strikes are roughly 30-minute missions with a big boss fight at the end, and the weekly Nightfall is a harder version of the Strikes. Both of these reward high quality gear. The Raid is the hardest activity of them all, often taking anywhere between an hour and six hours to complete. You can try to finish a raid over the course of many sittings, as it uses a handy checkpoint system.

Again, don’t let this scare you off trying it out, as the raids are Destiny’s greatest addition and one of the best things to happen to gaming. You will need five other players to try the raid, so it can be a good idea to play with friends or use Guided Games. More on that below.

The Crucible is Destiny 2’s multiplayer mode where you can fight against other players. Until you have a firm grasp on some of the basic concepts of Destiny 2, it can be a good idea to hold off on playing Crucible, as it can be a challenging experience.

While it can be challenging, it’s also extremely rewarding, often dropping high-level gear after each match. Besides, there are systems in place that match you up against players of a similar skill, so you should find competitive but manageable games. 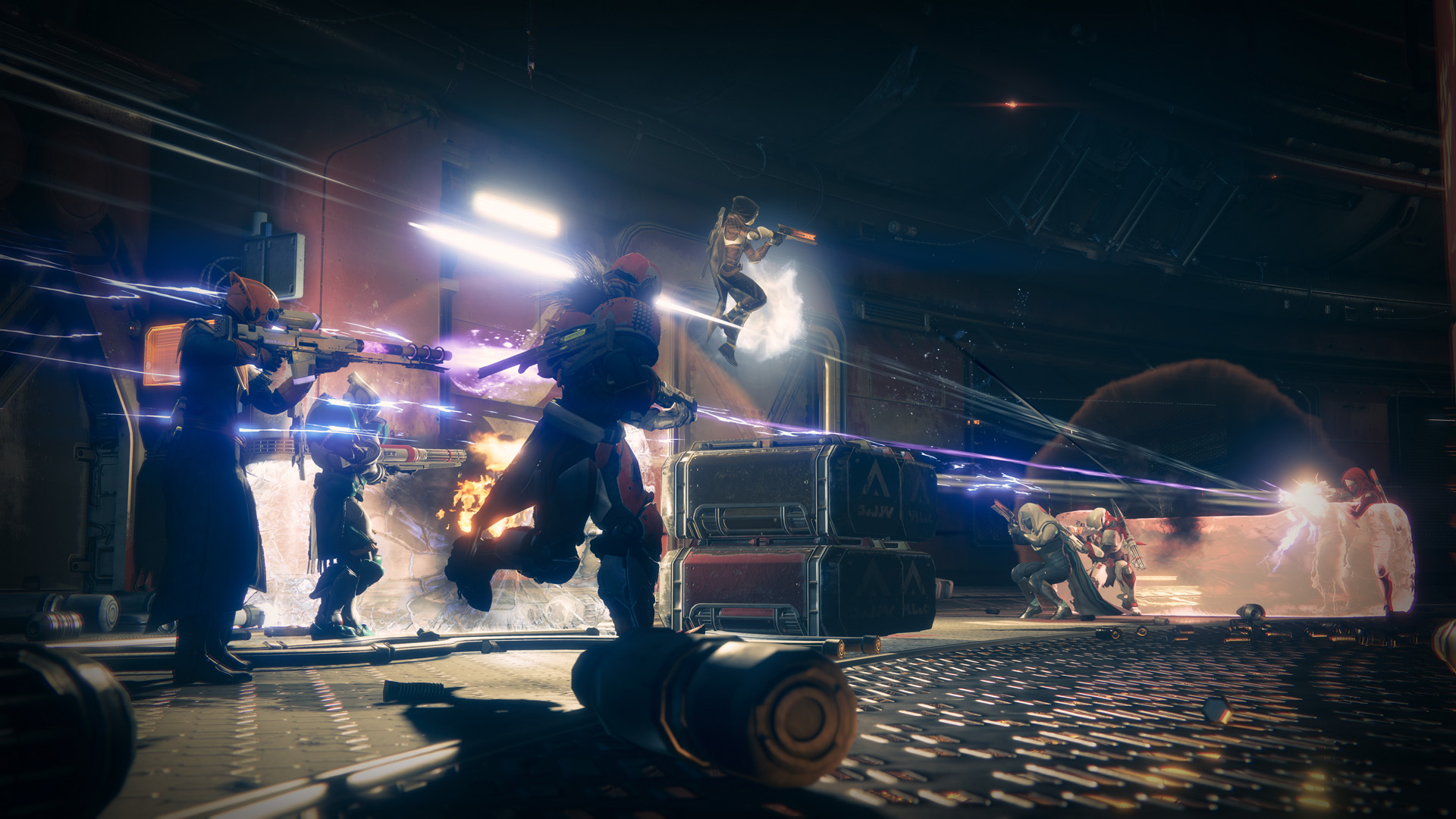 Flashpoints are a weekly objective that task you with finishing Public Events on a specific planet. Completing a Flashpoint will reward you with extremely powerful gear, so it’s a good idea to hold off on turning in a Flashpoint until you’re at least Power level 260.

Challenges are a collection of daily bounties that are available on every planet. Each day, go to a planet and complete all three Challenges to receive a loot drop from Ikora, the female Warlock from the campaign. Challenges are also included in Strikes, so be sure to check whether you have any to complete.

Much to the chagrin of many players, Destiny 2 has microtransactions. For the uninitiated, these are in-game items you pay real money to acquire that usually have no bearing on gameplay, meaning they’re cosmetic.

In Destiny 2, you can pay money to receive a Bright Engram which has a chance of containing a ship, Sparrow, Shader, as well as a weapon or armor mod. These mods give your gear an enhancement like helping with its handling or reducing the cooldowns on your armor. You can just as easily get these Bright Engrams by playing the game. You don’t have to pay for them.

After reaching Level 20, any time you fill up the XP bar you will be rewarded with a Bright Engram, so there’s really no need to purchase these items with real money, unless of course you want a little head start.

If this is all still sounding a little too confusing and complicated, rest assured that it will get easier with time. Consider signing up to Bungie’s new Guided Games mechanic when it becomes available, as this will team you up with a Clan who is looking to help new players complete content. Until then, take the time to read through our Destiny 2 complete strategy guide for more content to help you on your journey.