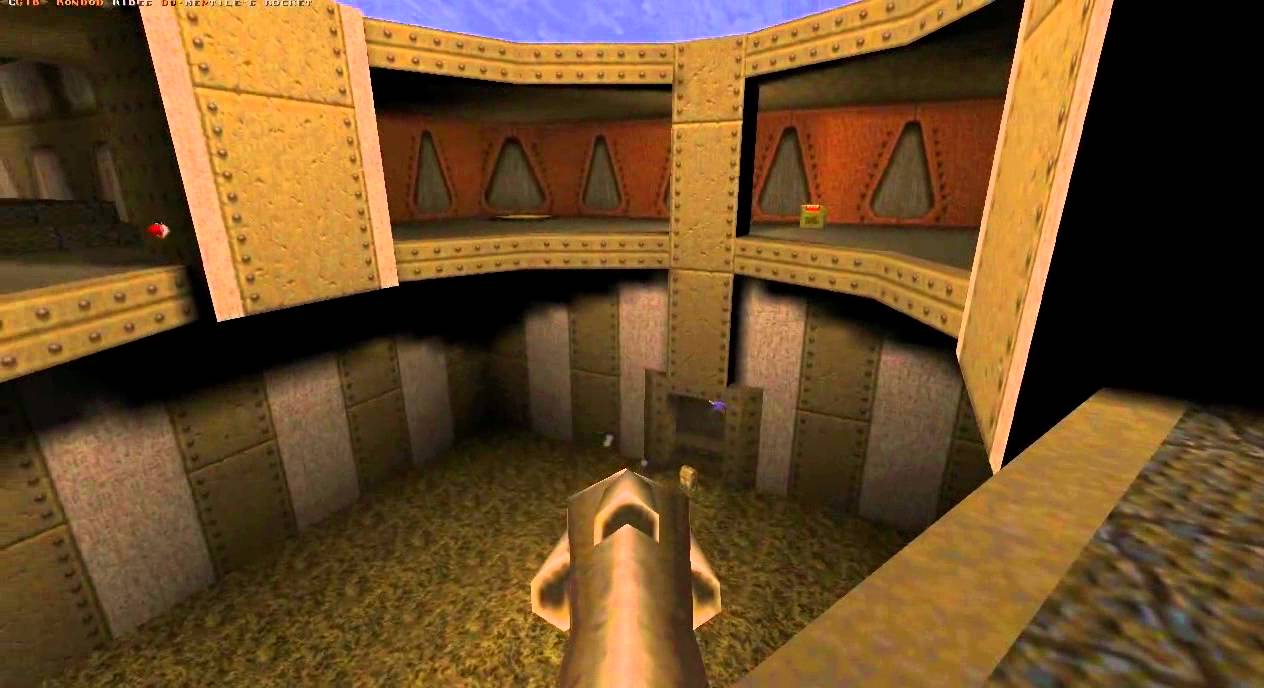 Tom Hall has also chimed in via Twitter to agree with John Romero's assertion that designers were building FPS maps specifically for multiplayer long before id shipped Quake in 1996. "@romero sets the record straight about the first multiplayer only maps! Thanks John," Hall wrote.

Hall is a veteran designer and co-founder of id Software along with John Romero, John Carmack, and Adrian Carmack (no relation to John). Hall left id Software early in Doom's development and went to Apogee Software (dba 3D Realms) to direct Rise of the Triad, an FPS that blended gore with dark comedy elements. "ROTT" shipped on December 21, 1994, and featured multiplayer-only levels as well as multiplayer-specific modes of play. That same day, Bungie launched Marathon, an FPS exclusive to Mac computers, which also included multiplayer-only maps (called "network maps") at launch.

Shacknews reached out to id Software co-founder John Carmack for comment. Carmack said that he does not recall the conversation between Tim Willits, John Romero, and himself, and he trusts Romero's recollection of events, in line with the account detailed on Romero's blog. (Note: This section has been lightly edited to more accurately reflect Carmack's response.)

According to Willits, who also claimed to design the first episode of Quake—which was distributed as shareware—he got the idea to piece together map fragments into multiplayer-only arenas. "I came into the office one day and talked to John Romero and John Carmack," Willits said. "I said 'I've got this idea. I can take these map fragments and I can turn them into multiplayer-only maps, maps you only play in multiplayer.' "They both said that was the stupidest idea they'd ever heard. Why would you make a map you only play multiplayer when you can play multiplayer in single-player maps? So I said 'No, no, no, let me see what I can do.' And that's how multiplayer maps were started. True story."

Romero caught wind of the story and consulted with other Quake designers including American McGee, Adrian Carmack, and Shawn Green. After comparing their memories of Quake's development, which ramped up in earnest in late 1995, Romero feels confident in disputing Willits' version of events.

"The story told about how he came into the office and talked to me and Carmack about his idea, and we responded with how it was the stupidest idea we'd ever heard," Romero wrote in a blog. "This never happened. In fact, we had been playing multiplayer-only maps in DOOM for years already. There had been hundreds of maps that the DOOM mapping community had made only for deathmatch by that time. DWANGO was a multiplayer-only service that had many multiplayer-only maps that are legendary today. American McGee even released a multiplayer-only map in November 1994 named IDMAP01. The incredible DOOM community invented the idea of designing maps only for multiplayer mode, and they deserve the credit. The game owes so much to them."

Romero went on to point out that the first commercial FPS to ship with multiplayer-only maps was Rise of the Triad, directed by Tom Hall—another id alumnus—and released in 1994.

"We did not have 'all these fragments of maps' that were used to make the multiplayer maps in Quake," Romero continued. "All multiplayer-only maps that shipped with Quake were original maps made specifically for deathmatch."

Additionally, Romero pointed out that he, American McGee, and Tim Willits all contributed to the maps that comprised Quake's shareware episode.

Shacknews has reached out to Tim Willits for comment.