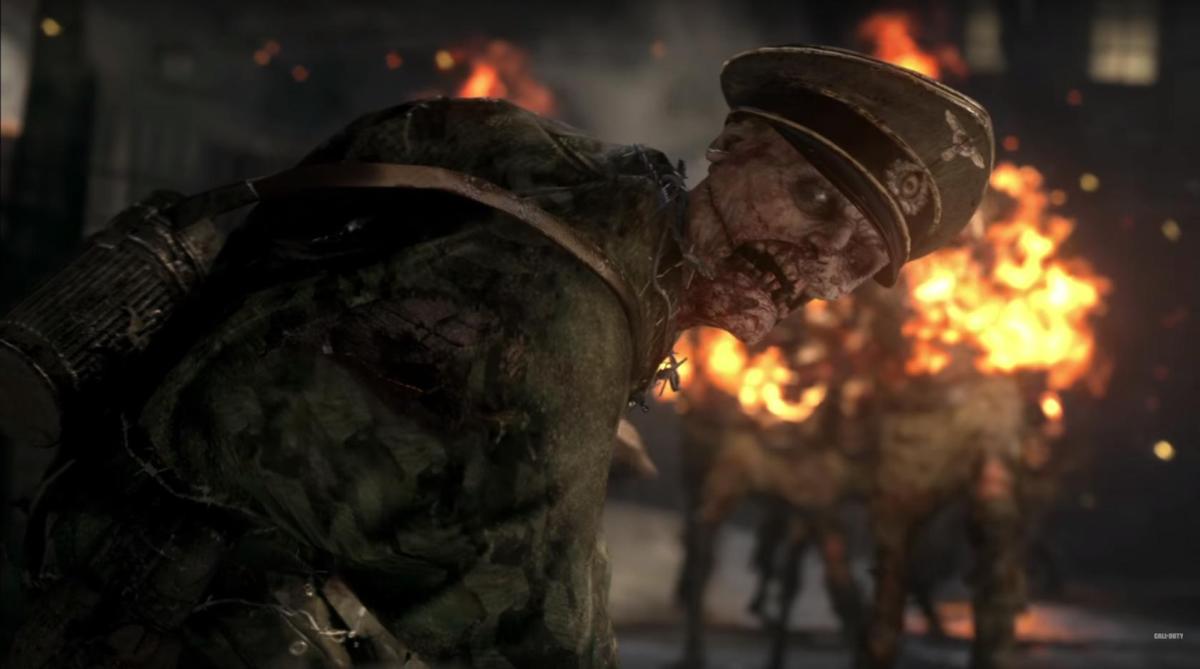 We've had fun at Activision's expense over Call of Duty: WWII. The name is stupid, and we keep getting hit over the head with the message that Call of Duty: Infinite Warfare was not what fans wanted so the series was going back to its roots. Now this authentic, realistic title about the horrors of war has introduced a new terror, Nazi Zombies.

Unveiled at San Diego Comic-Con, Activision unleashed a new trailer for the mode, while introducing a panel of the voice actors who will be lending their vocal chords to the protagonists that will be killing and running from these heinous Hitler horrors. First we have David Tennant, who geeks will remember as the 10th Doctor in Doctor Who. There is also Udo Kier, who old-school Command & Conquer RTS players will remember as Yuri from the FMV sequences of Yuri's Revenge. Ving Rhames (Pulp Fiction, Mission Impossible), Elodie Yung (Daredevil on Netflix) and Katheryn Winnick (Amusement, Bones) round out the cast. Winnick posted a selfie with her cohorts (minus Rhames) after the introduction.

“With Nazi Zombies, we’re creating a frightening world full of terrifying characters and events that will make you jump and look over your shoulder," Sledgehammer Games studio boss Glen Schofield said in a press release. "There’s an incredible amount of myth and lore, which our team has poured through in our development. This is unlike anything before, we’re taking players to some very dark, grim places in Nazi Zombies. This is one hell of a horror experience.”

Yes, we know that zombie mode has become popular in the COD franchise, and to its credit, the trailer looks really good. But for a series that took great pains to talk about how it was talking to WW2 vets to understand the war and what they went through, Nazi Zombies takes all that dedication, punches it in the gut, and tosses it into a muddy ditch. "Follow these war heroes into battle in the WW2 campaign, then top it off by killing some Nazi Zombies." So much for immersion. It would have been better as a stand alone.

Call of Duty: WWII and the aforementioned Nazi Zombies will launch for PS4, Xbox One and PC on November 3.

Devolver Digital sells one 'NFT' VHS of its Devolver MaxPass+, it sells immediately

Wizard with a Gun revealed at Devolver MaxPass+
Login / Register