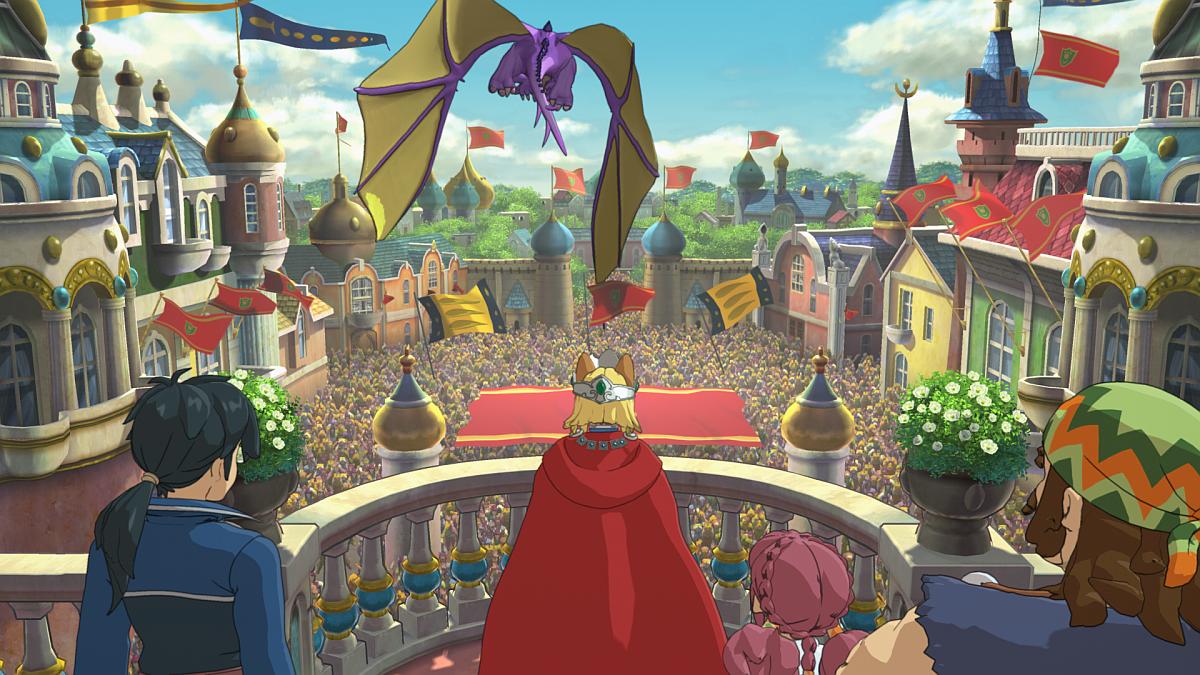 Developer Level-5 first announced its Ni no Kuni sequel a year and a half ago, and finally, after much gnashing of teeth by fans of the Japanese RPG, Bandai Namco has revealed that Ni no Kuni 2: Revenant Kingdom will be coming on November 10 to PS4 and PC via Steam.

The game, which will bring some combat changes from its predecessor, focuses on a young king named Evan in the kingdom of Ding Dong Dell. A coup forces Evan and his comrades to flee, and the resulting story follows the journey to reclaim his throne. Along the way he meets Tani, a sky pirate's daughter, and Roland, an otherworldly visitor. Mysterious creatures called Higgledies can also join, adding offensive and defensive buffs during combat.

Level-5 will be getting assistance from former Studio Ghibli animator Yoshiyuki Momose, with music composed by Joe Hisaishi.