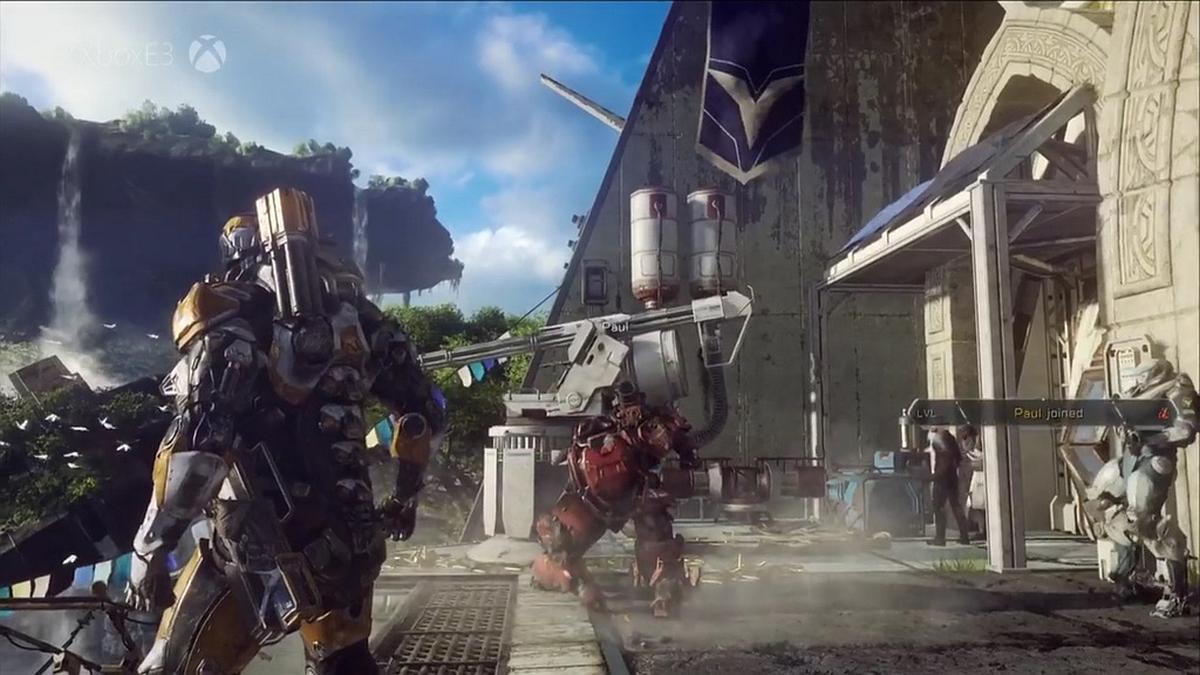 EA unveiled a bit of a tease for BioWare upcoming new IP Anthem, but the Microsoft press conference showed off new gameplay and details for Xbox One X in full 4K resolution.

Up to four players will play as Freelancers, taking on missions and expeditions. They will each wear customizable Javelin exosuits that are capable of flight. The Ranger suit is versatile and balanced, while the Colossus is a tank suit. There also appear to be a wide variety of creatures to make the world a bit more intimidating, depending on how your suit is decked out.

The environment can also play tricks on you with large scale storms that can sidetrack your mission.

“Our developers at BioWare have been creating something special," EA VP Patrick Soderlund said in an announcement released as the gameplay was being shown. “We’re pushing Frostbite to new heights, developing a game unlike anything EA has ever made before. We’re telling a new story, creating a social, co-operative experience, and putting it in a contiguous open world that is dynamic and will be ever-changing for years to come."

Expect more on the game when we see it during the show.