The most recent update to Final Fantasy 15 has included a survey from Square Enix, seeking to gauge what interests fans when it comes to DLC. Just be warned that the publisher isn't committing to actually including the choices with the most votes in the game, but that they "may be included in future updates."

Note that there could be spoilers ahead if you haven't finished the game.

The survey, which can be found under the "Special" area of the main menu, includes selections for additional playable character, such as Cor, iris and Lunafreya, to more story content, such as Cor's activities, Ardyn's past or Ifrit's betrayal. There is even a choice for a harder difficulty mode. 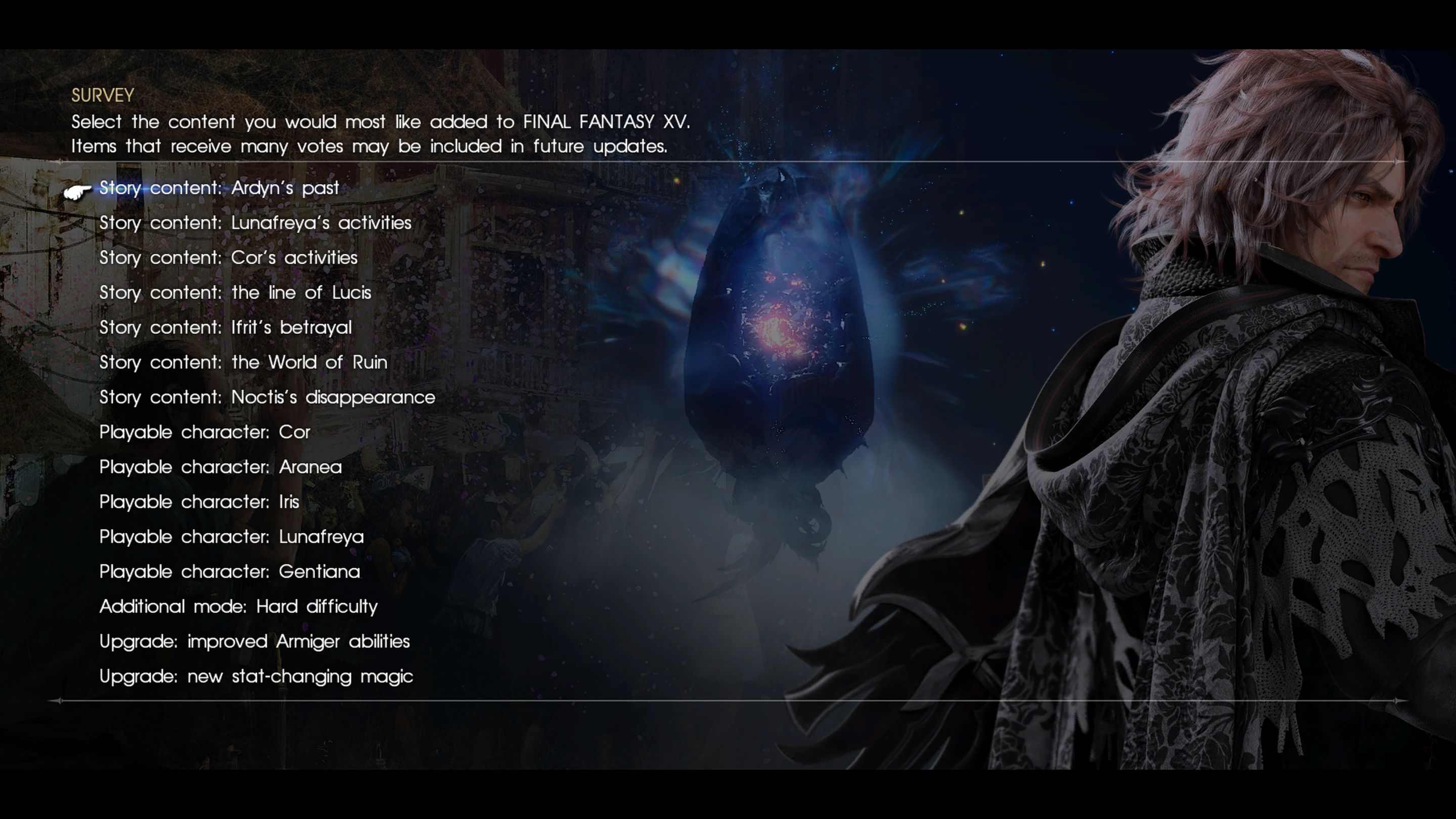 All of the previous Final Fantasy XV updates have been free, and any other DLC planned would likely follow the same format. Gladiolus got a story update in March and Prompto is expected to get one in June. Ignis will also get a story update, and a co-op multiplayer expansion called Comrades is also planned.