Sotheby's New York and The Advanced Imaging Society's Virtual Reality Society are partnering to host a two-day festival called "Art of Virtual Reality" to raise public awareness about VR (via VR And Fun). The exhibit, scheduled to take place over June 22-23, will cover three floors within Sotheby's and feature content made by directors, artists, and producers.

Sotheby's New York has other VR events planned. The gallery has formed a partnership with Loot Interactive to curate a Space VR Gallery, which will host films and interactive exhibits such as the Apollo 11 VR Museum and Buzz Aldrin: Cycling Pathways, a short film.

More and more filmmakers are looking to VR as the next great frontier of cinematic storytelling. "You’re never going to tell a story with a three-act structure better than a movie or a book. But what the VR stuff gives you is like a 360 degree dance field surrounding you," said American filmmaker and Emmy Award-winning visual effects specialist Phil Tippett. "And all the stuff you can do in a world as opposed to a two dimensional thing is hugely exciting." 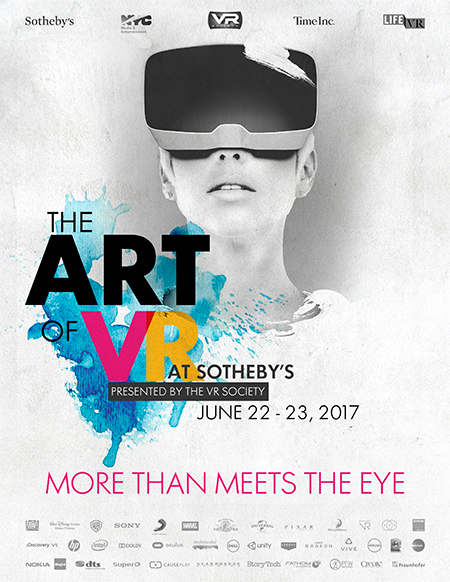