Welcome back, folks. After complaining lots about how the 2021 Belgian Grand Prix worked out in my last Cortex rant/post, I have decided to come back and try this again. Yes, I am aware that we had a dope-ass Grand Prix at Circuit Zandvoort that I failed to cover, but you donkeys are not the boss of me and I can do this however I feel like it.

This brings me to the Italian Grand Prix at Monza this past weekend. All your favorite boy toys in Formula One opted to travel to Italy and go vroom vroom for thousands of rabid Italian race fans. The race brought lots of excitement, drama, and nonsense — just as I had hoped. 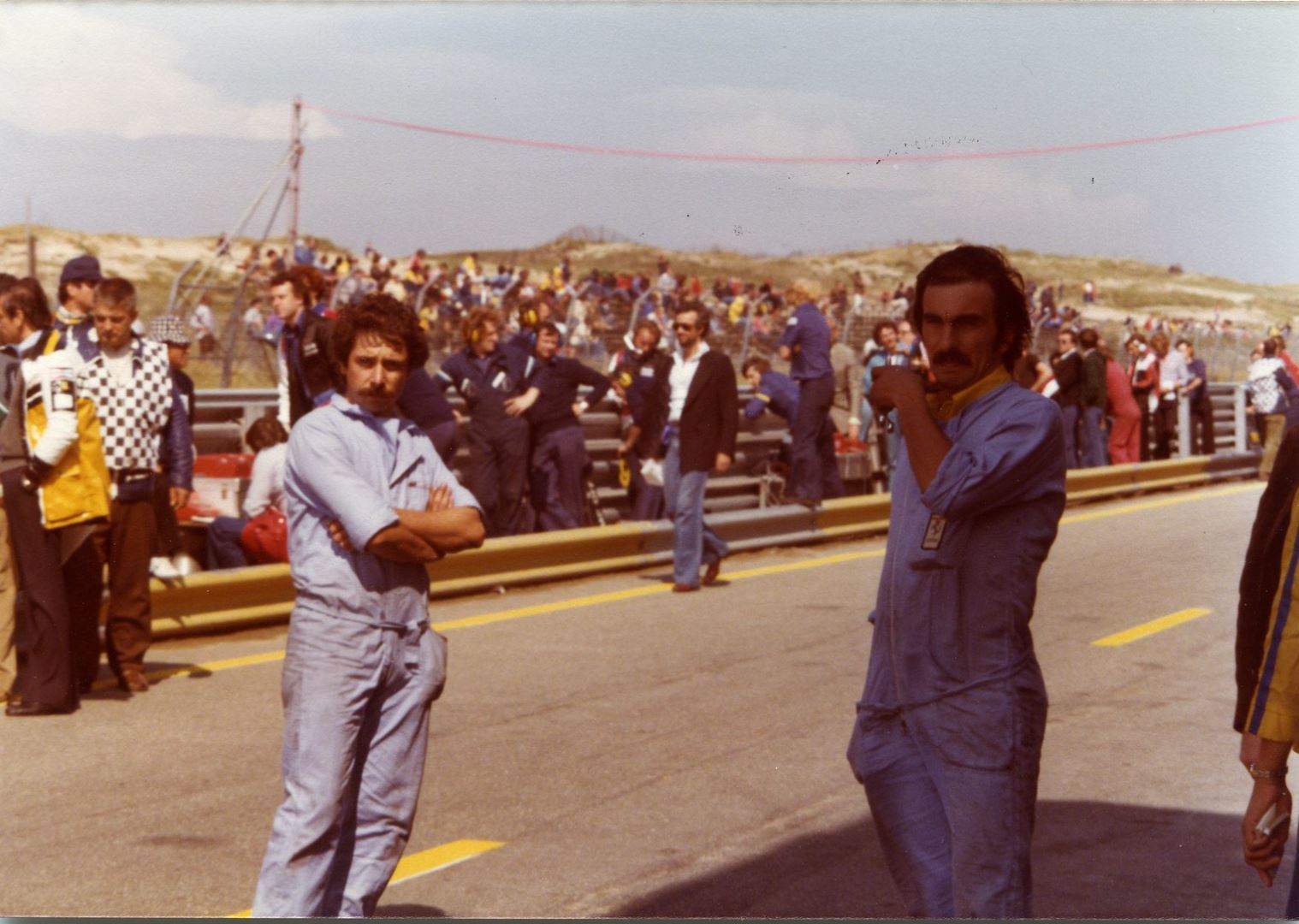 Unlike most Formula One race weekends, Monza was a bit different because we had another Saturday Sprint session in the place of what would normally be qualifying. Regular qualifying was moved to Friday afternoon and the times posted by the drivers would serve as seeding for the Sprint starting grid. The winner of the Saturday Sprint session would then be awarded pole position for the actual Grand Prix on Sunday.

During qualifying, Mercedes’ Valtteri Bottas secured the fastest overall lap time, with Lewis Hamilton and Max Verstappen in tow. The racing grid lined up on Saturday afternoon and Bottas managed to hold off the rest for the 18-lap sprint, securing his place at the front of the grid for the real Grand Prix. 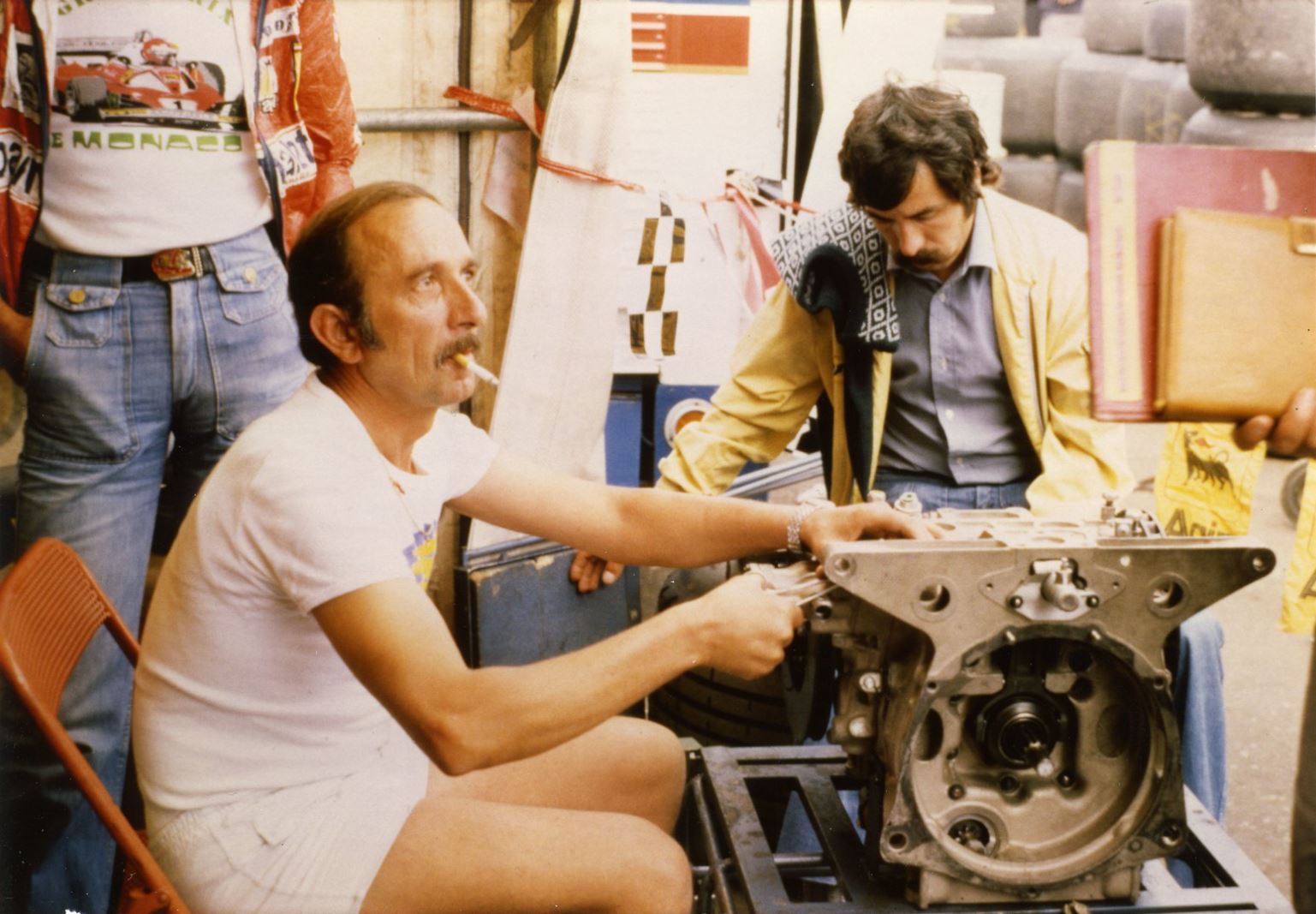 Because this is Formula One and nothing makes sense, Bottas will, in fact, start at the back of the pack because his team needed to replace components on his car before Formula One regulations would permit such action. This situation is a result of Williams driver George Russell wrecking Bottas’ car many months ago, but them’s the breaks. In the week leading up to the race, Mercedes announced that they would be replacing Bottas with Russell for the 2022 season, with Bottas opting to join Sauber/Alfa Romeo for 2022 (replacing a retiring Kimi Räikkönen).

There has been lots of controversy swirling around Mercedes 2022 driver options for more than a year as most insiders believed Russell had been tagged for the spot long ago. Interestingly enough, the decision to replace Bottas can’t really be coming from a place of improving the team, as no driver short of Lewis Hamilton can boast the type of performance that Bottas has put on track since joining Mercedes as Hamilton’s teammate in 2015. Bottas has always deferred to team orders asking him to give up position to Lewis and to sabotage his own efforts to win races in order to prop up his teammate. Even last week in Zandvoort, Mercedes asked Bottas to take an arbitrary pit stop near the end of the race to give Lewis more clear air on-track so he could attempt to set a fastest lap time. 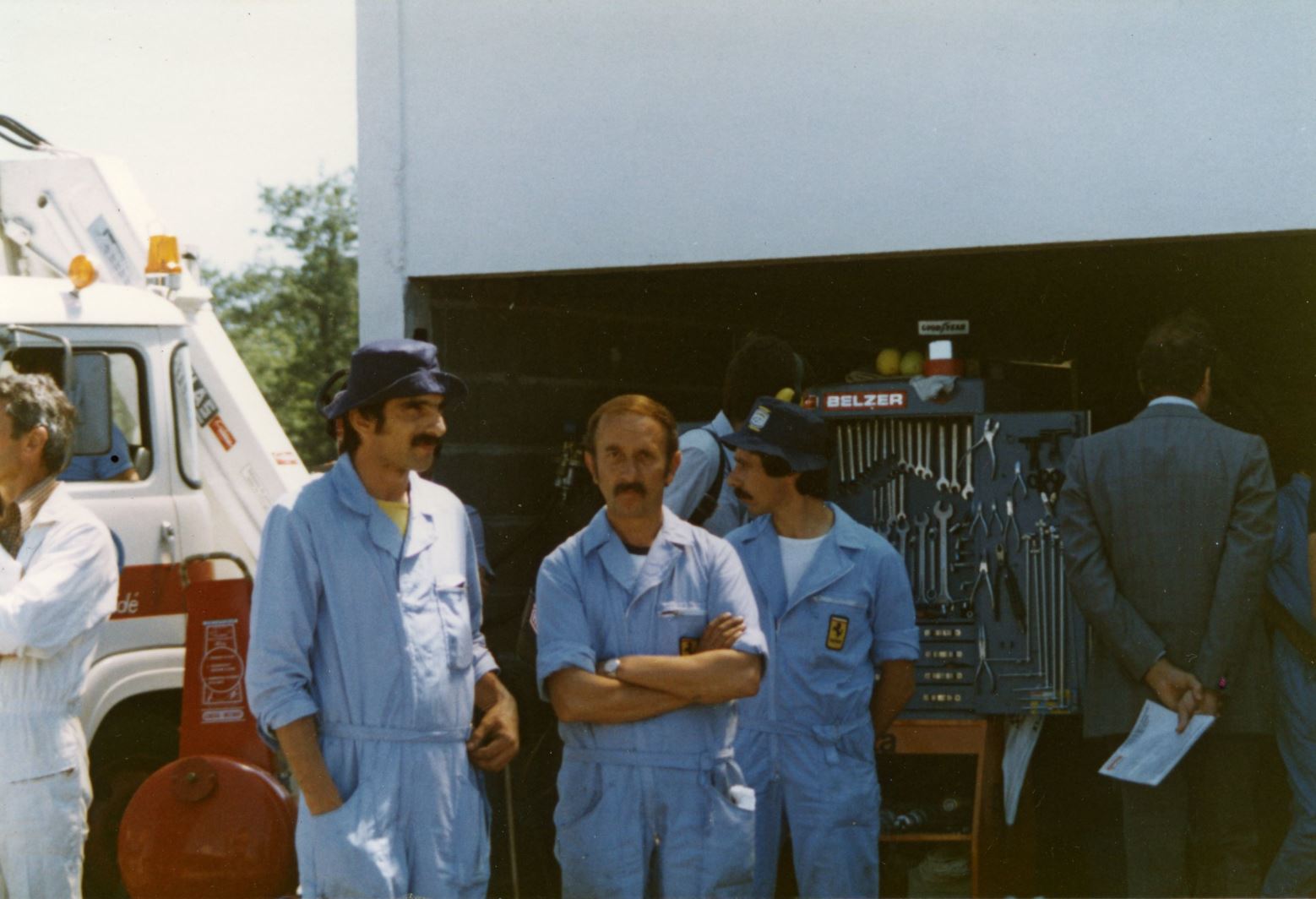 Once the engines got fired up on Sunday, Max Verstappen, Daniel Ricciardo, and Lando Norris assumed the top three spots on the grid for a wild race. Ricciardo managed to slip past Verstappen on the first lap and was able to hold off the Dutchman despite Verstappen’s faster car. Lewis Hamilton also found himself unable to gain race position against the McLaren rides. About twenty laps into the race, Ricciardo and McLaren blinked first and came into the pits to take their second set of tires ahead of the rest of the field. This triggered subsequent stops from the rest of the field and when Lewis Hamilton came out of the pit lane, his car was lined up side-by-side with championship rival Max Verstappen heading into the first chicane at Monza. The pair collided through the chicane and the rear of Verstappen’s Red Bull went airborne and the rear tire landed on Hamilton’s head as both cars tumbled into the gravel trap. Race over for the two favorites and championship points leaders.

Pretty much everyone in the paddock went wide-eyed at the news that the two top drivers were out of the hunt. The McLaren drivers were positioned up front, hoping they could maintain a strong pace and keep tire wear to a minimum in an effort to give the team its first victory since 2012. While everything else in the race was happening, Valtteri Bottas began the process of clawing his way through the entire race field after being forced to start on the back row. By the final laps of the race, Bottas had sliced through almost the entire field. 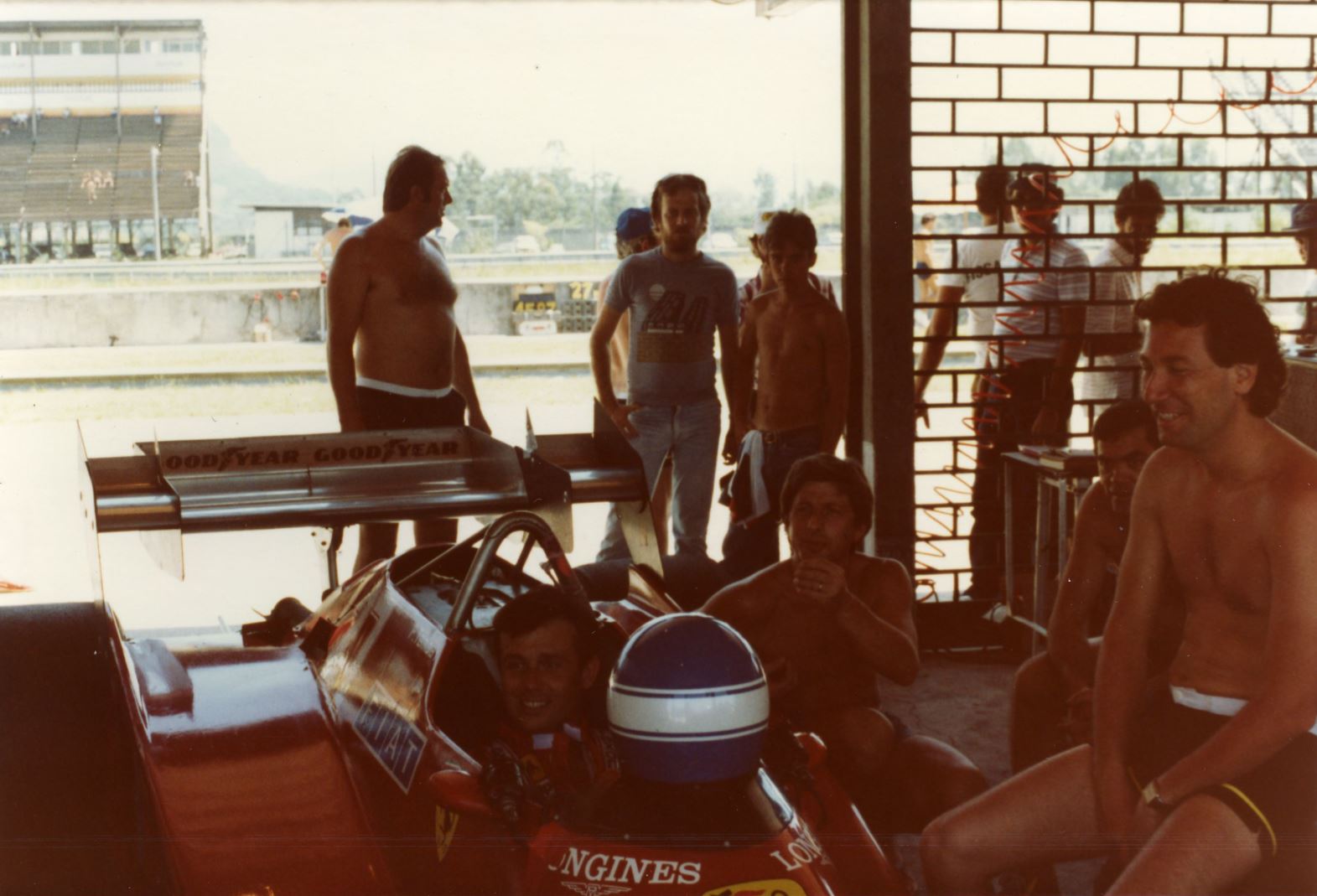 As Bottas passed both Ferrari team drivers, it was clear that the three drivers up front were officially growing concerned that the Finnish driver’s pace was too strong to hold back. Once Bottas came up against the rear of Red Bull’s Sergio Perez in third position, it became clear that Valtteri had used up too much of his tires during his aggressive overtakes through the pack. Perez was able to keep Bottas from overtaking through the end of the race, though earned his own penalty for failing to re-enter the track safely many laps prior. Pereze would be awarded a 5-second time penalty to be added at the end of the race. This meant that Bottas would ultimately finish on the podium in third place after a masterful job of out-driving nearly the entire Formula One field.

Daniel Ricciardo would go on to win the 2021 Italian Grand Prix with McLaren teammate Lando Norris in P2. It was the first 1-2 podium for the British team since 2010. It was Ricciardo’s first win for McLaren and helped to get the monkey off his back following a rough start to the 2021 season. This was Lando’s first-ever P2. At one point during the last stages of the race, Norris asked the team over the radio if he should stay conservative or if he could actually go fast. They initially asked him to hold tight to help ensure Ricciardo’s victory. A few laps later, the team made a bold move to let their drivers go all-out. Both McLaren cars began outpacing the rest of the field to the point it became clear that the victory was all but a formality. The finish signals a bright future for McLaren.

While all the headlines will be centered on McLaren (and for good reason), the real story of this race will be the driving of Valtteri Bottas. In a week where his team announced plans to dump him and following years of playing second-fiddle to Hamilton, he proved the doubters wrong on one of the sport's biggest stages. Also, people drank champagne out of a shoe. Fin