Like any red-blooded American person, I decided sometime last year that I needed to see Fast and Furious 9 (I'm still not 100% sure what the title is) despite how awful the Furious 8 was. After a year-long delay, I got a fresh helping of the Vin Diesel-powered family drama. By the itme the credits rolled, I was already sticking shit down my throat in an effort to induce vomiting.

There is way too much wrong with this flick to list everything, but the parts that jumped out at me where how things just happened and characters did things that made no sense, at least based on the previous continuity of the series. Even judging Fast 9 on this criteria is kind of pointless in that this series has about as much respect for its own continuity as people who eat food from Burger King value their gastro-intenstinal health. 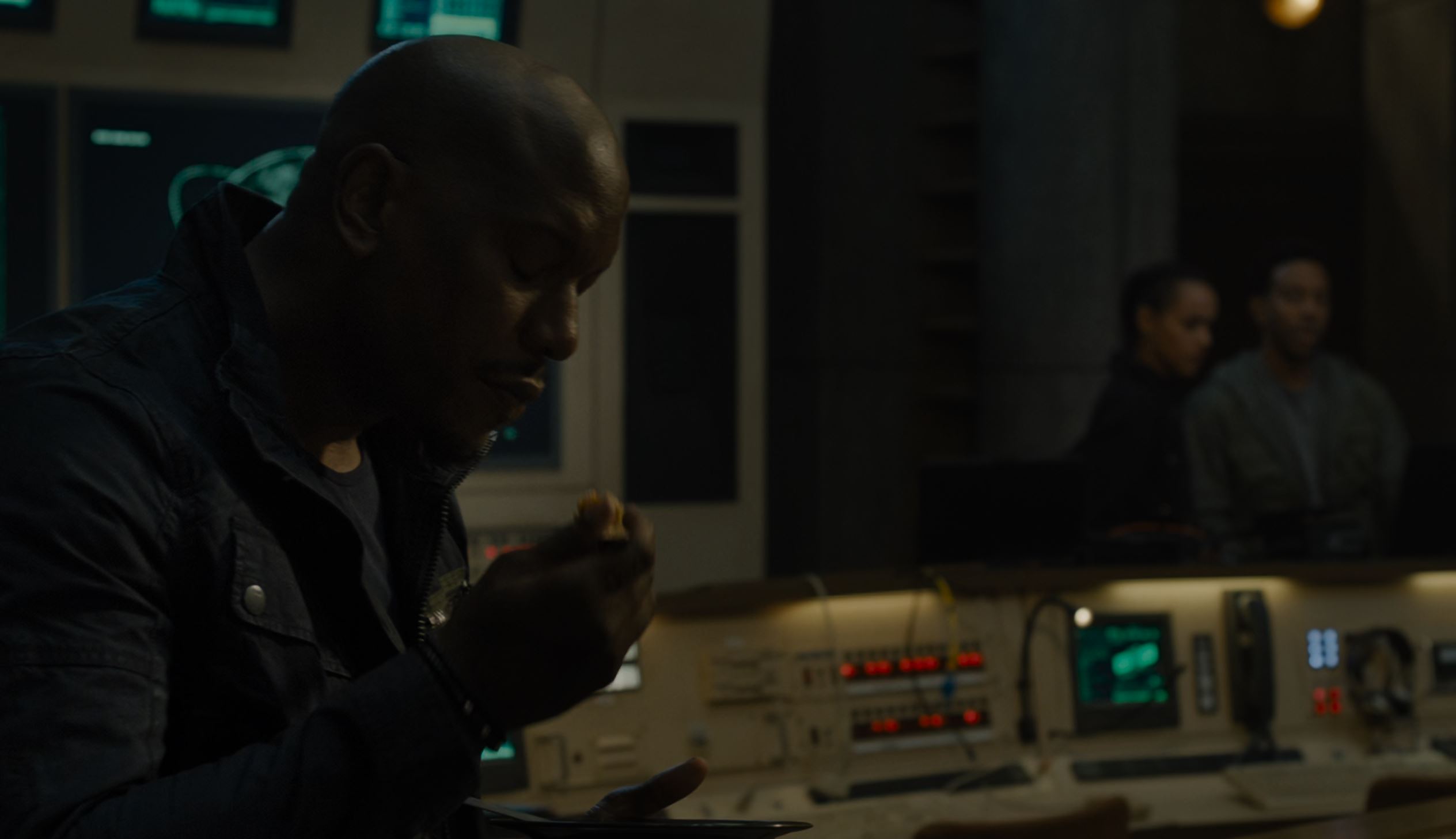 We open on Dom and Letty who have inexplicably decided to buy a farm in the middle of nowhere despite the super-uplifintg ending of the previous movie that implied the whole team was finally free and happy and without the worry of being pursued. A car shows up in the distance and both Dom and Letty freak out like a cat seeing a surprise cucumber. WTF are they hiding from? Why is the man that i've been led to believe is afraid of nothing so immediately terrified of a Jeep Cherokee?

Turns out that the Cherokee is full of their family, who were such big assholes that they didn't bother to call ahead. Also, for group of people who have stolen $400 million dollars six different times are shown to be car freaks, why on earth did they decide to go out to the farm in a shitty Chrysler? The fast crew immediately makes fun of Dom for being twitchy and then drop it.

Someone they met a few times had a plane go down containing the doomsday device of the week and Dom and Letty immediately choose to abandon their secret farm that they felt strongly enough to buy and hide away at. Okay. Turns out that the doomsday device thingee was attacked by Dom's younger brother that has never been mentioned by the king of family EVER. 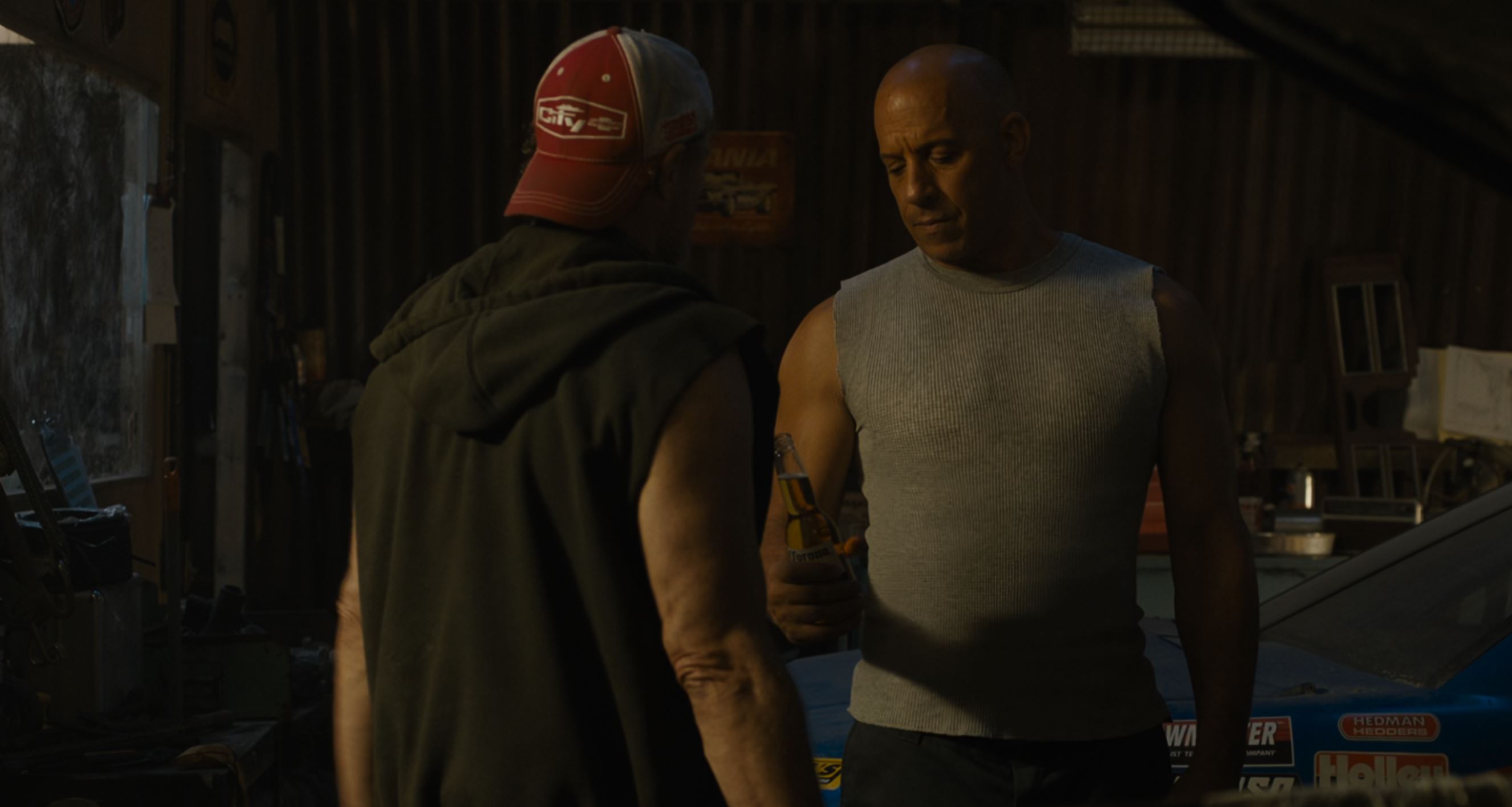 All this leads to the Fast family chasing John Cenaretto so that he won't use the doomsday device to do whatever. At some point during an extended chase scene, one of  the auxillary bad guys choses to double cross Cenaretto. This leads Cenaretto to instantly turn good, despite that audience being repetedtly told that Cenaretto has been the black hand moving chess pieces across the globe in the shadows for 20 years. How on earth did he not see the double cross coming or even expect it? Double crossing is his business and he took offense to the first person to shrug at him so he could slide in as Vin Diesel's wrassler replacement.

I still don't understand who the bad guy is in this movie or what their motivation is. I know Charlize Theron is in this for 11 seconds but I'm not sure why. Fast family member Bryan is still semi-alive, but his hous is still exploded from two movies ago and the crew just sits down on their same shitty lawn furniture to eat shitty BBQ. How their neighbors let any of this shit slide is a mystery to me.

Also, Dom thinks that Cenaretto murdered their south-american Nascar father under the watchful eye of Rowdy Burns. Later in the movie, we get some throwaway lines to explain why Papa Toretto's kids all look super-different. We're left to assume that he loaded up a bunch of shots into vials that would fit into a Dennis Nedry-style Barbasol can that he just gave random women if that wanted the Torretto seed. That said, no amount of mixed DNA can explain why they needed to cast 25-year old versions of the young Torretto with people who look nothing like Diesel or Cena.

But then he finds out that Cenaretto did not kill their father, their father died because he chose to throw a race to make rent and would rather die than face his children afterwards. I don't actually know this to be true, but its the only explanation for why his stock car was built out of solidified gasoline. The Hinderburg did not burn up as fast as Papa Torretto's car after getting bumped into a wall. But then Dom forgave his Dad later after a flashback where Papa Torretto lies to his kids and explains that early-70's Dodge Chargers were designed to last one hundred years.

And as a final slap in the face, in a scene that was the 40th least-believable thing I saw onscreen, Baby Boy and Throw Dem Bows go into outer space and we didn't get a single montage of big-ass outer space car thots twerking to nondescript latin techno.

In the only redeeming bit in this entire wet fart, Baby Boy starts to ponder the absurdity of the Fast saga and how the Fast family never gets shot of faces the consequences of any of their actions. For a split second, I became genuinely interested in what was going on, excpet that the rest of the family immediately let Baby Boy know that he was a moron asshole for taking the time for introspection.

I'm sure we are gonna get four more of these crapfests, but I'm not sure I'm willing to ride or die with la familia going forward. Also, for what it's worth, I don't think anyone who worked on this movie has seen or use a magnet before.