There are no friendships in Dark Souls 3. Only alliances, each as ephemeral as a character's shadowy motivations and the undead curse's slow march on their sanity allow. Slave Knight Gael entered Dark Souls 3 canon as an ally in the game's first expansion, Ashes of Ariandel. In The Ringed City, the tables turn: Slave Knight Gael bars your path at the end of the expansion. Like a faithful dog turned rabid, he must be put down.

In line with the toughest bosses in Dark Souls 3, Slave Knight Gael attacks in three phases, each changing the fight in ways grandiose and subtle. You'll need to bone up on what to expect if you want to win. 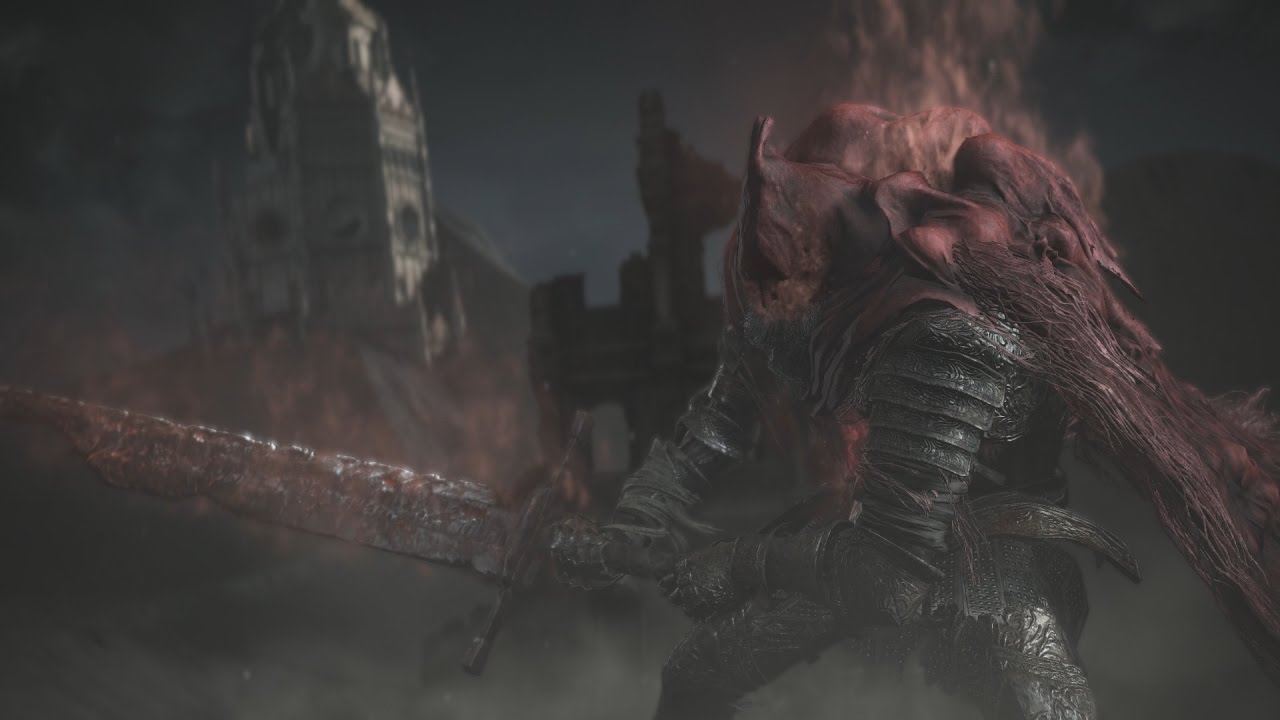 The first phase of the fight is also the easiest, giving you the opportunity to start the final two phases off on the right foot. Before entering Slave Knight Gael's area, buff your melee weapon of choice with fire using Charcoal Pine Resin or Carthus Flame Arc; he's weak against flame attacks, and you'll need every advantage you can get.

Step into Gael's arena and be prepared to react: his opening salvo consists of a leaping attack. Roll out of the way and then immediately target him and strike—just once, twice at the most; Gael will punish you if you get greedy.

Gael fights with his broadsword during this phase. Target and circle him by moving around his free hand. His attacks range from single strikes to a flurry of combos, but after each one he leaves himself open to counterattacks. Take advantage by getting in a lick or two, then pulling back and waiting to see what he does next. Most weapons will stagger him eventually, and a single charged attack with an Ultra Great Sword is guaranteed to knock him off balance. Watch for his sword to start glowing, signaling a charge. Back off, evade his charge, then smack him if you have time or, playing it safe, get up close and resume circling.

Once you've depleted one-third of his health, a cinematic will usher in the second of Slave Knight Gael's three combat phases. Imbue your weapon with fire again in preparation for what's to come.

Gael still hits hard during this phase, only now he's sneakier. He can fire at you from a repeating crossbow, cast magical discs via the Way of the White Corona spell, and turn invisible and teleport beside you. He also adds combos to his arsenal. Finally, Gael's cloak whips around as he attacks, and can inflict damage.

Despite Gael's significantly enhanced offense, your approach to defeating him should not change. Stay close, be mindful of his cloak, and take advantage of openings by darting in and taking a swing.

The best time to hurt him is when he fires his crossbow. Run or roll to the side as he fires, then get in close and unload on him. If you stick close throughout the fight, you might be able to bait him into opening fire while you're right beside him; just trot over to one side and hack and slash until he stops.

How to Defeat Slave Gael: Phase 3

When one-third of his health bar remains, Slave Knight Gael brings out the big guns. Fortunately, you'll have a brief opening during which time reinforce your weapons with fire once again. His new moves include calling down lightning bolts to strike the ground, and an aerial attack foreshadowed by his casting dark masses of souls. Dodge the souls, then be ready to dodge a second time when Gael comes swooping and leaping in after them.

Don't panic when Gael pulls a Zeus and summons lightning. Just watch for markers along the ground and you should be able to evade them easily.

Remember: don't get greedy. Circle him around the side of his body furthest from his sword. Gael has smaller windows of opportunity between attacks, but they do open up just long enough for you to score a hit.

Do you believe offense is the best defense in Dark Souls? Read our guide to finding Lapp's armor, or check out our other Dark Souls 3 guides for more strategies.