Nioh - First Boss: How to Beat Derrick the Executioner 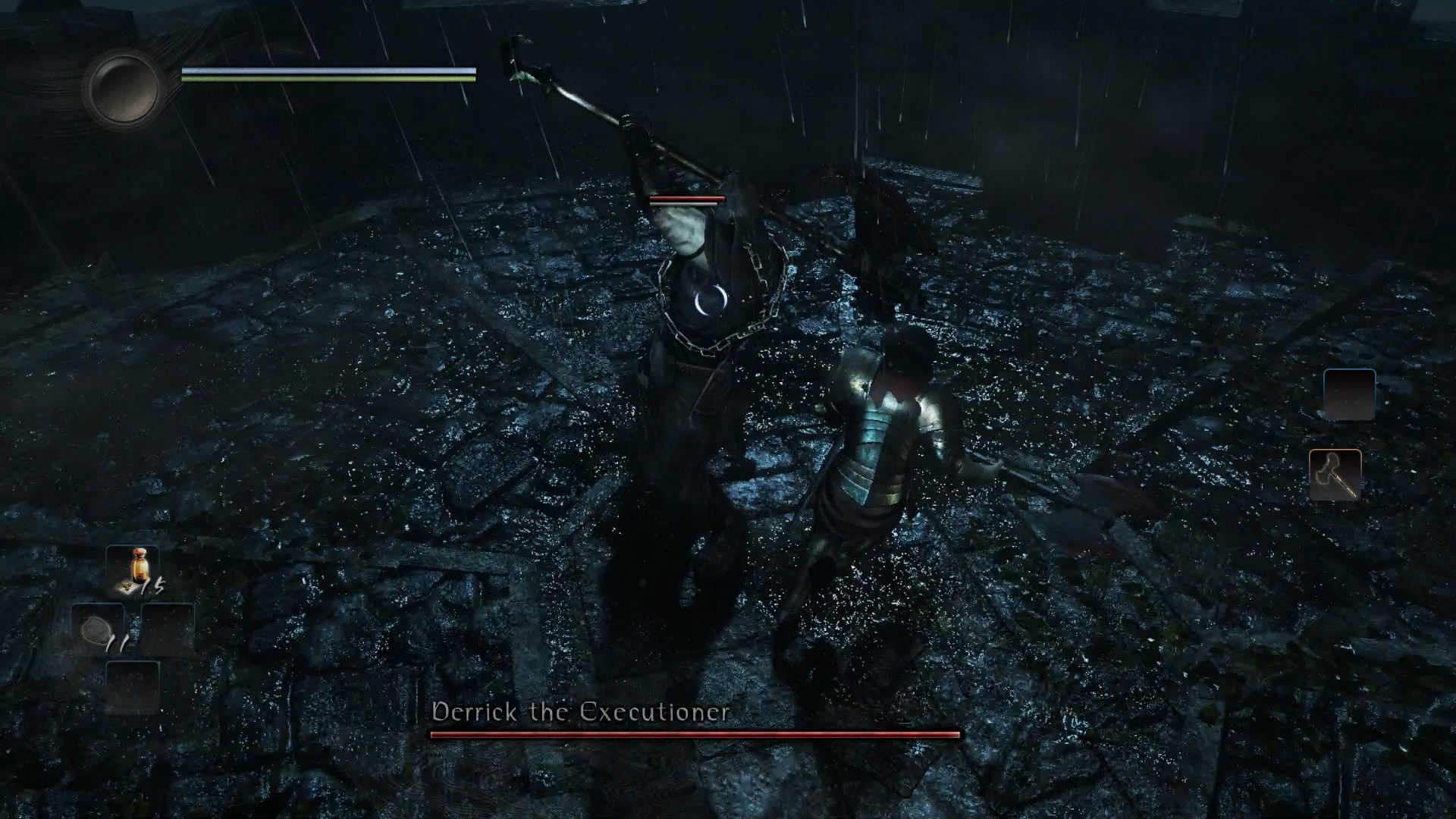 In his first form, Derrick is slow, but strong. The primary strategy here should be to close in and as he winds up to swing, dodge behind him. If you avoid his attack right, you'll have an opening to land one or two strong attacks on his back.

The main thing to watch out for while fighting Derrick is to make sure that when you dodge him, you're far enough from him as he's completing his attack not to be caught by the ending arc of his attacks which sometimes extends fairly far behind him.

By the time you fight Derrick, you should have found a battle ax, and its strong attacks should take him out in less than ten blows. If you're still using a bastard sword, it will take significantly more hits to fell him, but just keep on the defensive, striking when possible and you'll fell him soon enough. 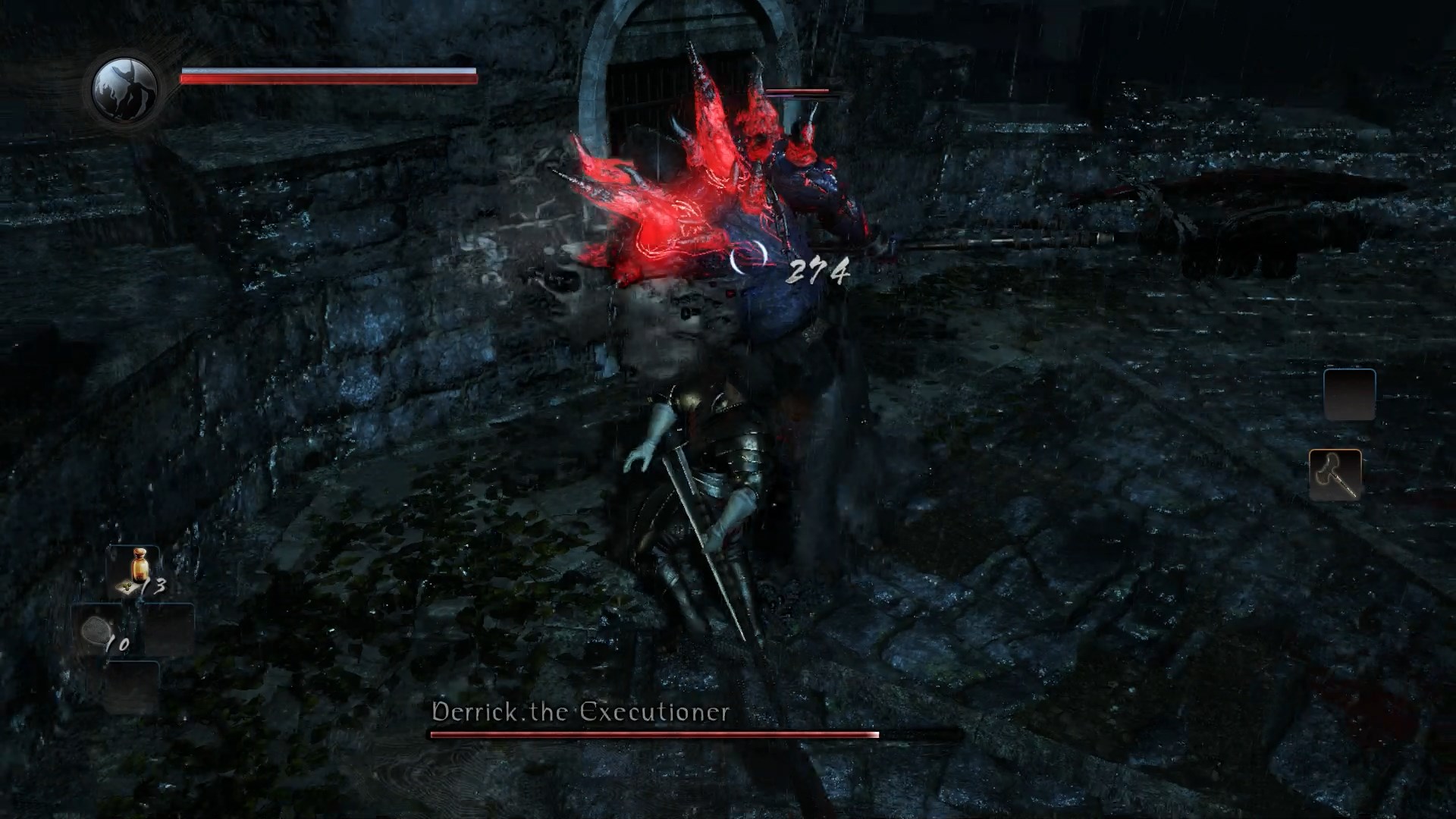 After the cutscene, Derrick is back, and he's not happy. In his second form, Derrick is a lot faster on the attack, but his weakness remains the same. Fall back a distance from Derrick, and he'll charge at you. This charge is easy to dodge, and you can get behind him and hit his back again.

On Derrick's second form, you probably want to risk only one strong attack on his back at a time. His increased attack speed makes it much harder to get away unscathed, and there's no since in dying. One bonus to this fight is that you can feel free to use all the medicines you have because you don't get to take them with you.

Once you've knocked about a quarter of Derrick's health bar down the game will prompt you to use the Living Weapon attack. Just get close and press Circle + Triangle and you'll win the fight.

You've beaten the first boss in Nioh, and now it's time to head to Japan. Head to the Nioh guide hub for more help completing William's quest.