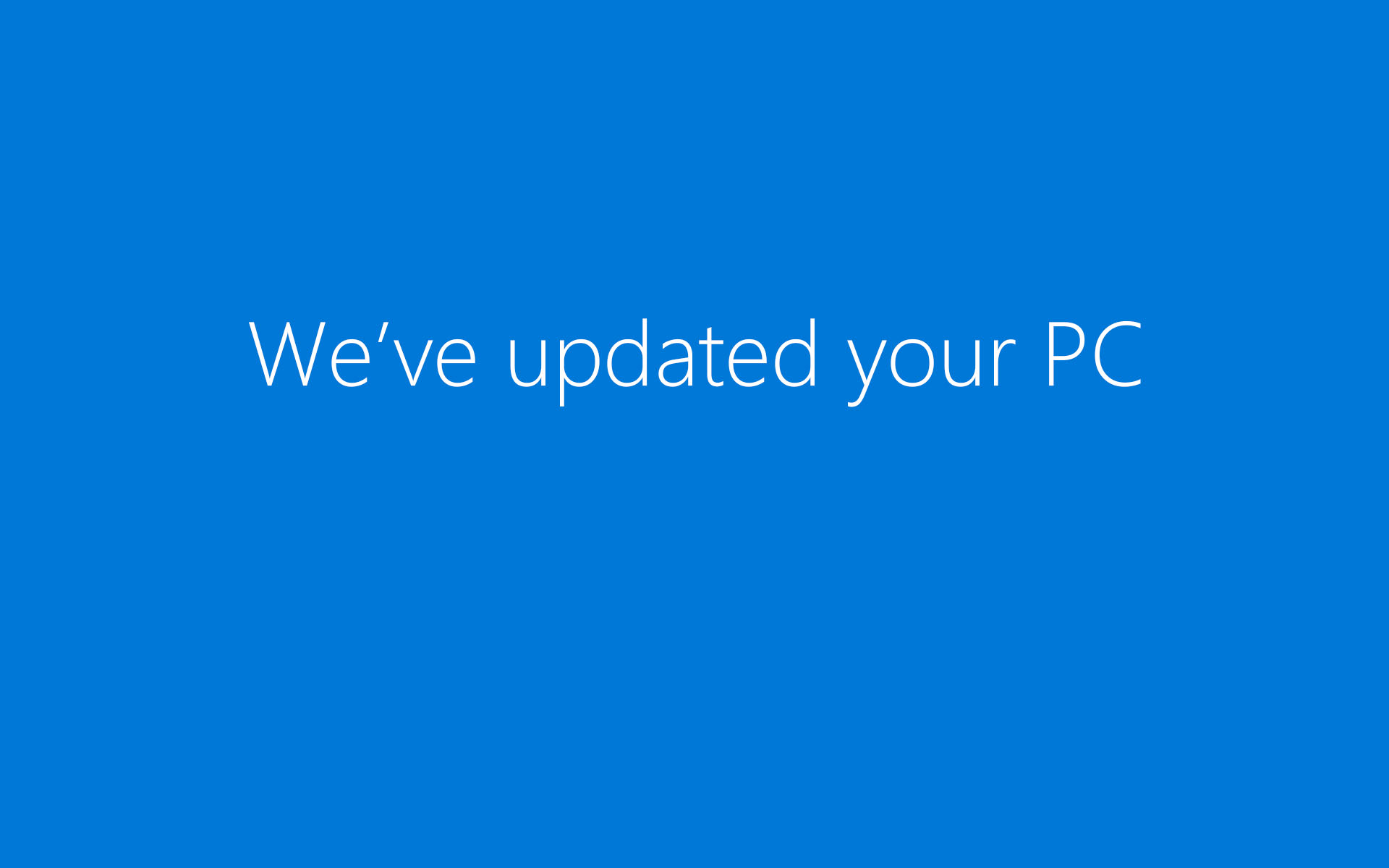 Here's How to Get the Windows 10 Anniversary Update

The Windows 10 Anniversary edition update is rolling out across the world, and if you want to make use of the Play Anywhere system that goes into effect on September 13, you’re going to have to update to this new version of Windows 10. There are a number of ways you can get the update, which began rolling out on August 2. We’ve taken the liberty of putting together this guide to help you get your system updated to the newest version of Windows 10 with the fewest possible amount of issues. Let’s get started.

The simplest way to update to the newest version is to download it using Windows Update. To do this open up your Settings. Click on Update and Security, and then Check for Updates. This will scan the Update server for new versions, and begin downloading the latest version of the Windows 10 service. From here the process will continue like any Windows update, so just follow the instructions to complete the process.

The second method that you can use to update your Windows 10 install is to make use of the Media Creation Tool. To perform this method, download the Media Creation Tool from Microsoft. Then double clikc the MediaCreationTool.exe to launch the program. Now follow the steps until you get to Windows 10 Setup. Select Upgrade this PC now, then click Next, and Accept to continue the process and accept the terms and conditions. Also make sure the installer is set to Keep personal files and apps, otherwise you’ll be performing a clean install. Once you have everything in place, click the Install button to get the process going.

Update While in the Insider Program

If you’re like us, and you like to see what Windows has to offer before it releases, you’re probably sporting an Insider Preview build. If you want to update to the Windows 10 Anniversary Edition, you’re going to need to complete a few additional steps to unlock the Anniversary Update via Windows Update. First head into Settings, click Update and Security, then Windows Insider Program, and choose the Stop Insider Preview builds option. Now you will need to click the ‘Need to stop getting Insider builds completely?’ link, and choose the Confirm option. Then restart your computer using the Restart Now button to complete the process.

These are the only ways to get the Windows 10 Anniversary Update, and the best way to get it is to wait for the update to roll out to your device using the Windows Update tool. Remember that the roll out is still pretty slow, as it must be released out to millions of devices around the world. Just be patient and your device will receive the update soon.