Ah, it’s a brave new world. Armed with my extensive knowledge of the Civilization universe, I stepped into the showbooth at E3 with my heart set on checking out Civilization 6. Luckily the people at 2K Games were kind enough to give me 60 turns with the game, so it was interesting to see how the first chunk of a game in Civ 6 would turn out. I was not disappointed.

I started on the coast, my Warrior and Settler alone in the wilderness. Who knows why we’re here, where we’ve come from, or what happened before. All that matters is now. I find a nice spot beside the ocean and found my first city. From here I do what I always do, I send my Warrior out to scout the surrounding area and check for Barbarians. We know they’re going to be there, they always are.

It doesn’t take my long to stumble across one of their scouts. I’m just preparing my Warrior to take him down, to destroy him before he can return to his overlords and report my newly found city, when he vanishes into the hand-drawn map of Civ 6’s fog of war. I chase after him, unwilling to let him go that easily, but my Warrior is slow, and it isn’t long until I’ve lost him in the mass of world I haven’t yet explored. We continue forward, he can’t have gone far, but it’s a few turns before I see him again, wondering the countryside.

Back home things are shaping up well. We’ve got our first monument built, and a Scout is currently in production. If we’re going to survive these first 60 turns, it’s extremely important we get a lay of the land, meet any nearby civilizations, and map out any possible Barbarian Encampments around me. If you had told me that I’d spend the next 50 or so turns trying to keep my city from being overrun by Barbarians, I would have laughed. Oh how naïve I was.

Out on the countryside my Warrior runs into his prey once more. There’s only one problem, he’s standing right beside a Barbarian Encampment. That’s not too big of a problem, right? I mean, these guys are really just pushovers. I can take them on. How much can a Scout hurt me?

Those words still haunt me.

The Barbarians move in, a Spearman appearing out of nowhere. He moves in for the attack, taking a few of my brave Warriors down. It’s a defeat for me, and I can already tell things are about to go south. So I push back, trying to escape. But the Barbarians aren’t having it. They swoop in, massive ranged sailing ships appearing on the horizon as they pelt my poor Warrior with arrows. I feel a tear slip down my cheek as my Warrior belts out his last war cry, unable to counterattack the enemy ship. Fifteen turns in and I’ve already lost my first unit. Things are not going well.

So I begin rebuilding. I send my Scout west to explore uncharted areas, but he’s only met with resistance from Barbarians. A nearby city-state offers its assistance in routing some of the Barbarians, and we manage to take an encampment, only to fall to Barbarian forces returning home from a journey of sorts. It’s another crushing blow to my early game, and I’m already starting to feel like I have no idea what’s going on. This is all new. The Barbarians are smarter, they make more intelligent moves. They’re no longer simple combat sponges here to pose a small piece of challenge for new civilizations. No, Barbarians are a brutal force of nature, and Firaxis wants Civ 6 players to feel the force of their weapons as they come down on our heads. 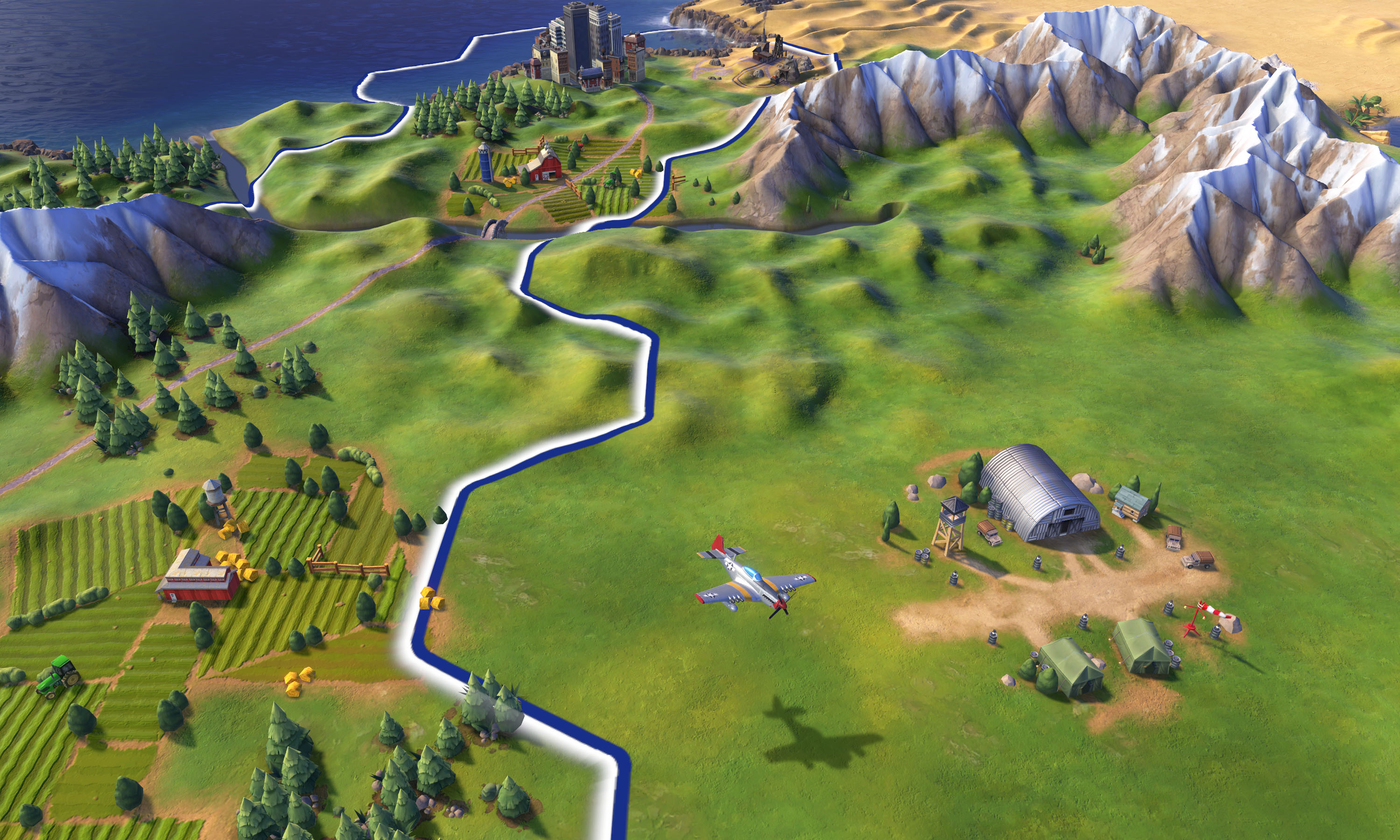 At this point my military is nonexistent, my only unit on the field is my worker, who’s just created a nice fishing improvement so I can make use of the Whale and Crabs off the coast of my city. That’s where another change comes into play. Unlike previous Civ games, where workers were infinitely living units, they now come with limited building charges. Once these charges are used up, the worker simply ceases to exist, removing it from play. It’s an interesting design decision which seems to make since, especially since workers now complete all improvements instantaneously. I’m unsure how this will play out in later portions of the game, so I won’t really speculate on that for now.

With my military destroyed, and my civilization off to a rocky start, I get more units producing, and even pick up a couple of Warriors with some extra gold I’ve got laying around. By this point I’m running out of time, I only have around fifteen or so turns left, but I refuse to let the Barbarians win this one. They’ve cost me a lot, taking out several of my units, and to be honest, it’s really become a pride sort of thing at this point. So I head out, my two Warriors in tow, ready to bash in some Barbarian heads.

It takes a while to reach the encampment, and I lose one unit along the way to the Barbarian ships along the coast. Thankfully my city has been producing new units like crazy, so my army of two has rapidly grown to six. I take on a few of the ships with my ranged units, trying to keep them preoccupied and off my Warriors, and move my Warriors in for the kill. It’s a painstaking process, and after several turns of near defeats, I finally manage to take out the Barbarian encampment and clear the way for my civilization to move forward. The only problem is I’ve found myself at the edge of a peninsula, with nowhere to go but out to sea.

Civilization 6 is shaping up to be pretty good. There are a few core changes that feel strange, since I’m so used to the old ways, but it really remains to be seen if these are good choices, or decisions that will be reverted down the line. The good news is Civlization 6 is being made entirely by the team behind Civilization 5: Brave New World, which means these guys are extremely familiar with making good content, while still catering to what your fans want out of your game. It’s a tricky line to walk, but they seem to be doing an fairly good job so far. The game’s visuals are interesting, and while I like them, they seem a lot more cartoony than previous Civ games, and that might be an issue for some who really seek the more ‘realistic’ approach to the strategy game genre.

Overall the game feels pretty fleshed out so far, with the first 60 turns I’ve played filled with fun and intrigue. A lot of other things have changed in the game, like the way workers work, but I’m not really at liberty to go into a lot of details right now. Thankfully the game is out in October, so we don’t have that much longer to wait.

This Civilization 6 preview was based on a pre-release PC demo of the game at an event where refreshments were provided by 2K Games.