Ever since the first Portal, there’s been an uptick in games using first-person puzzles as a means to discovering exactly what’s oing on inside of a mysterious environment. QUBE, The Talos Principle, and The Witness are some of the larger-scale games that have adopted this model, building entire experiences around challenges and human curiosity.

It’s the same for The Turing Test. Created by the team behind Pneuma: Breath of Life, The Turing Test is a first-person puzzle game taking place on Jupiter’s moon Europa. 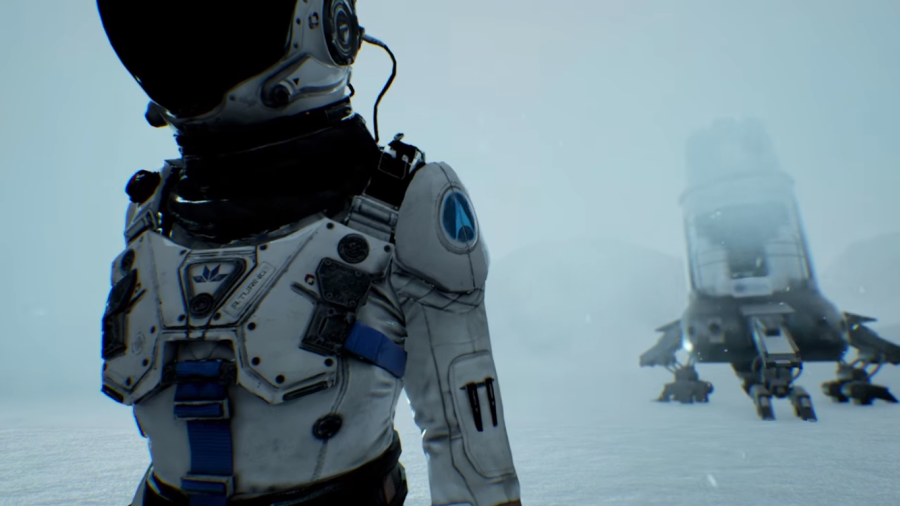 As International Space Agency engineer Ava Turing, players enter into an abandoned base built deep into Europa’s icy surface, only to discover the entire station is on lockdown. Aided by a disembodied, robotic man’s voice, Ava’s goal is to discover exactly what the ISA has been up to on this strange base.

The Turing Test is made up of chambers, each with their own puzzles to solve. As the name suggests, every puzzle is built to be solvable only by humans, usually involving logic and systemic tasks.

During my demo, a majority of the puzzles were built around shifting power cores from one outlet to the next to open doors and advance into the next room. Their difficulty built gradually, starting with simple visual cues to pick up boxes and plug them in, then fanning out into a full spread featuring complex tasks and multiple rooms. 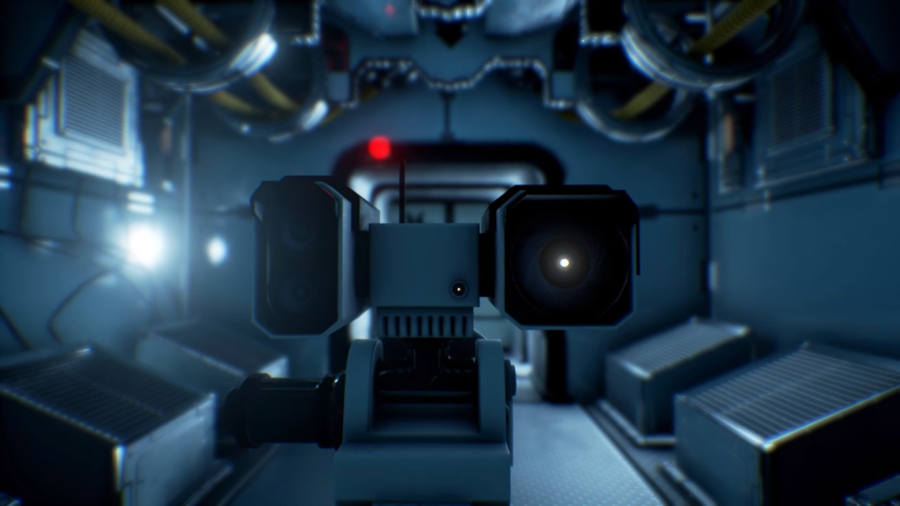 Puzzles were satisfying enough to solve, but The Turing Test’s environment and story felt somewhat underdeveloped in the slice I saw. Every room in the space station is cold and sterile, filled only with random artifacts like lights and snow piles. There was little to no personality, barely anything of interest to see, and the more I stared at geometrically-lined gray walls, the more bored and mundane the entire thing felt.

This is not helped by the fact that so much of its story seemsto be drip-fed into exposition dumps. Rather than communicate any narrative with the environment, we’re instead treated to explanations from an extraneous character whose good/bad alliance is never really made clear. Thus, he’s an unreliable narrator guiding Ava deeper into this strange station. Developers have teased a story questioning the lines between humanity and machines, although it's hard to guess exactly what that means without any further context. 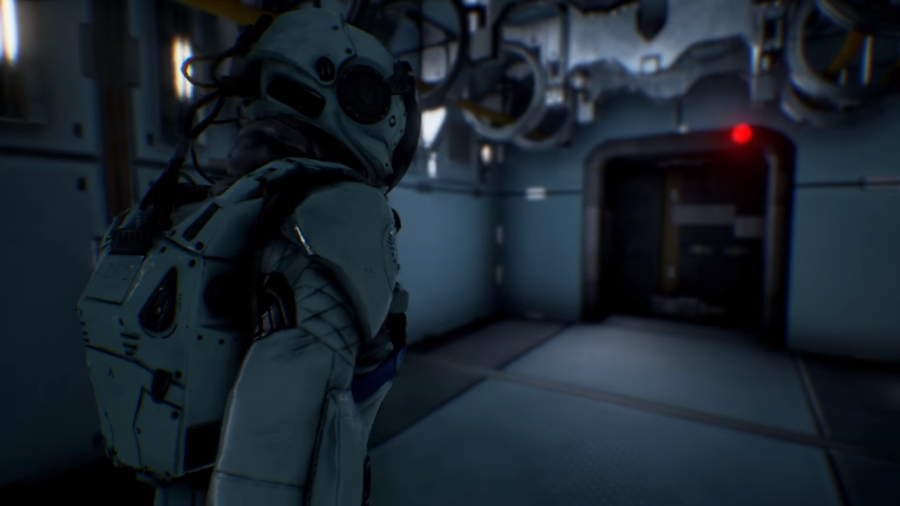 I should note I only played the game’s demo, not the full experience. There’s a good chance the storytelling is much more seamless and nuanced than it came across in a condensed, boiled-down version meant to supply people with a general idea of what it’s about. And hopefully, that’s the case. I love a good relationship between a main character and a mysterious other, but if there’s nothing else  interesting about the experience, I’d rather read a book.

This is an Unreal Engine 4 game, and the detail of each environment is impressive, even if it is occasionally drab. Being that it’s not out yet, there’s a possibility things could liven up a tad more, and I only played a small slice of the actual game content. We’ll see what the full product looks like when it releases in August 2016 on Steam and Xbox One.